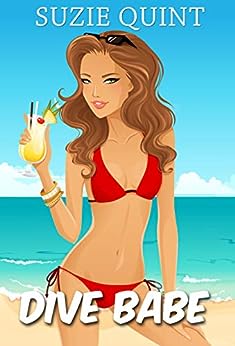 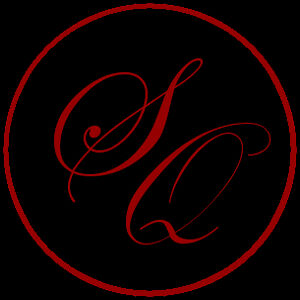 by Suzie Quint (Author) Format: Kindle Edition
See all formats and editions
Sorry, there was a problem loading this page. Try again.
One of Claudia's old boyfriends is in hot pursuit with a diamond ring. She's getting tired of saying no, so she recruits Joe Sweeney to act as a decoy--a man she can pass off as her current love.

What makes Joe perfect for the job? Well, he's hunk. And an ex-Navy SEAL. And since Claudia isn't really in the market for a keeper, it helps that he's both gay and taken.

Suzie Quint has always been fascinated with the human psyche, so she can imagine no better way to explore the human condition than through the characters she writes. Finding the happy ending for the people who inhabit her worlds is the best job anyone could have. Getting to share them with others... It doesn't get any better than that.

4.0 out of 5 stars
4 out of 5
47 global ratings
How customer reviews and ratings work

Pamela R Mitchell
4.0 out of 5 stars Fun read
Reviewed in the United States 🇺🇸 on February 7, 2021
Verified Purchase
I enjoyed this fun read with unforgettable characters you want to know that immediately captivated me and kept me entertained and intrigued and not ready for the book to end when I got to the last page. I loved the instant attraction and off-the-charts chemistry between Claudia and Joe. The secondary characters added to my reading pleasure. This is the first book I have read by Suzie Quint but I hope to read more from this gifted author. I received an advance reader copy of "Dive Babe" and am voluntarily leaving my review.
Read more
2 people found this helpful
Helpful
Report abuse

LBadger
4.0 out of 5 stars Overall fun story with some crazy twists
Reviewed in the United States 🇺🇸 on February 5, 2021
I was looking forward to a fun read, and this book definitely delivered. Claudia has relationship issues, one of which is that her ex friend with benefits, Ted, won't stop proposing to her, even though they both know they're not really compatible for marriage. Joe, a former Navy SEAL turned sailboat/diving excursion company owner, tries to step in and help her out by claiming to be her boyfriend. Only problem is, Claudia thinks Joe is gay and engaged to his (business) partner Bear. Bear is actually getting married to a woman, but many of their conversations center around Bear's concerns about the upcoming wedding. Joe offers to teach Claudia to swim, and in those lessons, the truth about Claudia's fear of water and her failed first marriage come to light. Meanwhile Ted starts to fall for Joe's friend Violet, but struggles with guilt over liking Violet while proposing to Claudia. Hilarity and miscommunication ensue, and eventually, Claudia discovers that Joe is not gay.

It took me a few days to get through the beginning of the book, because just as I thought was surely halfway through, I realized I was barely a quarter of the way through. I think there was a lot of filler in the early parts of the book, driving home Ted's obsession and stalkerish tendencies. Side note, I have a big issue with this part, and I feel that the way his attention suddenly focuses on Violet is a bit disturbing. Ted places a GPS tracker on Claudia's car, and yet she dismisses it as part of his grieving process over losing his mother. I'm sorry, what? There's also a part that alludes to possible domestic abuse between two peripheral characters that was then basically ignored. At that point, I almost stopped reading, but decided to push through to understand Claudia's character and her history a little more.

The end definitely picked up and was a lot more enjoyable for me. Claudia and Joe finally straighten out their miscommunication and finally give in to their mutual attraction. I'm glad that the characters (including Ted and Violet) get their HEA.

There are a couple small typos in the book that are a bit distracting, but don't detract from the overall story. I also don't feel that the italicized sentences at the beginning of each chapter really benefit the story. I received an advance review copy for free, and I am leaving this review voluntarily.
Read more
Helpful
Report abuse

Jenn E
4.0 out of 5 stars Light and fun
Reviewed in the United States 🇺🇸 on May 6, 2021
Overall I enjoyed this story. It kept me interested in what was going to happen next, not just with Claudia and Joe but also Violet, Ted, Bear, etc. there is a bit of suspense, a bit mistaken assumptions, and just some nice people that it was fun to spend a few hours with. I wasn’t a giant fan of all the writing style though. The book starts with a narrator setting the scene in italics before launching into the story and I immediately hated that writing style. And it continues like that. Italics narrator setting the scene, and then regular font for the scene happening. Over and over. Every chapter. I... don’t understand why this format would ever be attractive in a novel, foreshadowing what is about to happen. I’d rather just let things happen in the book than have the scene set for me. I also didn’t love how much the characters stereotyped each other during the story (dive babes vs dive chicks etc). Would have turned me off if I had been on one of those dates. But overall a light fun read. I received an advance review copy for free, and I am leaving this review voluntarily.
Read more
Helpful
Report abuse

Robin McKenzie
4.0 out of 5 stars Dive Babe
Reviewed in the United States 🇺🇸 on February 17, 2021
A first read of a story by this author, so I didn't know what to expect.
I thoroughly enjoyed this story, it had me laughing and shaking my head, although some elements were quite sad, I kept turning the pages wondering what was going to happen next. Some of the lines were very clever.
A well written story that I thoroughly enjoyed.

This is a different story. I can say that instead of having a story of a single couple, this novel is about a group of friends and family and how their lives interact to have a happy ending. The book has a lot of different like "short stories" related to all the main characters. All the plot is around the misunderstood when Claudia heard a partial conversation and got to the wrong conclusion and then, everything got twisted and more complicated to everybody. The book is fun, entertained, and easy to read, but has a lot of details. The author had the ability of twist the lives of separate people and group them together and at the end, all ended happy. The main theme is friendship but there are some sub-themes like the abuse and PTSD after that. I loved all characters and the interaction between them. The book combines funny moments, with sad and deep experiences, hope, friendship and love.

Ann Tosti
4.0 out of 5 stars Definitely a good book to check out!
Reviewed in the United States 🇺🇸 on February 3, 2021
I received this book as an ARC to review voluntarily.
Over all, I really liked this book. The characters and story concept were great. The one thing that drove me nuts was how after each break there was writing in a different font and size. Sometimes it was meant to set the scene (which could have been done with just a little different wording in the same font), make a joke, give you a hint of what was to come, or something that seemed like it was to show what was to come in that section but didn't seem to actually happen. Without those, I would have probably given the book a 5 instead of 4 and it would not have felt like it dragged on so much (though some were needed to help is follow along amd know the count down to the wedding, but it still could have been done in a way with the body of the story instead of making it stand out).
Read more
Helpful
Report abuse
See all reviews
Report an issue
Does this item contain inappropriate content?
Report
Do you believe that this item violates a copyright?
Report
Does this item contain quality or formatting issues?
Report