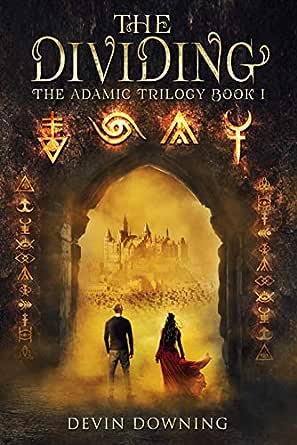 You've subscribed to The Adamic Trilogy! We will preorder your items within 24 hours of when they become available. When new books are released, we'll charge your default payment method for the lowest price available during the pre-order period.
Update your device or payment method, cancel individual pre-orders or your subscription at
Your Memberships & Subscriptions
There was an error. We were unable to process your subscription due to an error. Please refresh and try again. 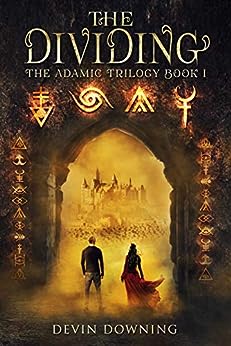 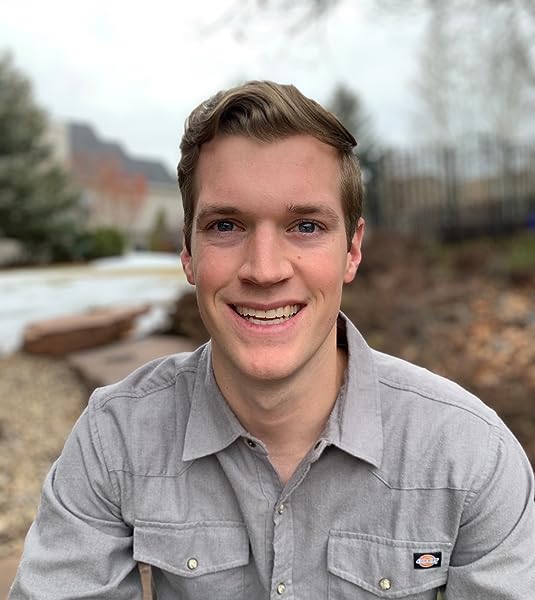 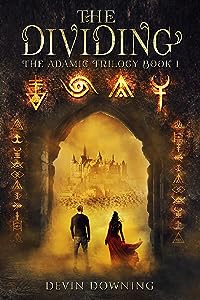 Through the Adamic language, God created the earth and everything on it. On the last day of creation, God created man and granted him dominion over all the earth.

"Dominion isn't everything, Matt. Sure, we can walk on water and set the air ablaze. We can do incredible things. Sometimes, that makes us feel like Gods... but we're not. We're just people. We can't always decide who lives and who dies."

4.6 out of 5 stars
4.6 out of 5
239 global ratings
How are ratings calculated?
To calculate the overall star rating and percentage breakdown by star, we don’t use a simple average. Instead, our system considers things like how recent a review is and if the reviewer bought the item on Amazon. It also analyzes reviews to verify trustworthiness.

Kindle Customer
4.0 out of 5 stars It sets the foundation and world building for the second book, but it's not a great stand alone book due to lack of resolution.
Reviewed in the United States on July 26, 2020
Verified Purchase
Honestly this is one of the best books I have read in a long time. The detail and world building were amazing. It had a unique take on religion. And on top of that it hinted that the world outside of the sanctuaries are just like they are now.

There were a few points that I definitely didn't care for though as an avid reader. The book took on a theme against 2 other factions (feeders and the rebels). This in itself isnt a bad thing but there was almost no interaction between feeders and the main characters. It was more of an underlying theme that never came to light in this book. On top of that, despite the rebels being a more prominent theme of enemy, there was no training on how to handle them. Also how people used their abilities was very uniform. There was no unique abilities to this story. (In one instance someone was shot at and it deflected off his barrier into friendly forces. I dont know why nobody has tried making a bowl style barrier so it doesnt deflect at friendly forces. Or when attacked, layer multiple smaller barriers if they know a single barrier wont hold.) Besides those, there is no way to judge how strong a person is besides the "purity" of their bloodline which makes is hard to judge how strong the mc and his friends are compared to the world.

Then there was several cases where it was as if the citizens had no interaction with anyone from modern times even though they send out caravans monthly prior to the start of the book.. IE: not knowing policies of the outside world.

The entire book also sits in this school like environment with very little interaction outside of that environment. ( no visiting jobs, no shadowing mentors just learning and discovering backstory on some characters. )

All together though this was a great foundation for a series. As a stand alone book I dont think it holds up because there is no resolution. It's just build up the entire time. But it definitely has potential for the next book.
Read more
8 people found this helpful
Helpful
Comment Report abuse

Eli
4.0 out of 5 stars I want to see where he takes the story and the unique world structure
Reviewed in the United States on August 8, 2020
Verified Purchase
I'm glad I read it and I will be getting the next, it is a good twist on the concept and I'm hooked. But...

Pleasantly surprised it's not YA, just good fantasy and avoids stereotypical failings. Good twist on the concepts, fantastic as a first novel! I look forward to the author's development. But...

Why? Why on earth couldn't he put it through one of any number of completely free grammar checks?! Spell-check, sure, no typos, great! But grammar-check? Nah, who cares if it's so frustratingly full of checkos* you want to pull your hair? Oddly, it gets much better in the second half, like he did check, starting at the back, but not all of it... editing burnout?

I expect the next one will be significantly better. He's no doubt learned a lot in this process. And I want to see where he takes the story and the unique world structure. And hopefully he farms out the proofreading.

Mike Whitfield
5.0 out of 5 stars Interesting read, highly recommended
Reviewed in the United States on October 3, 2020
Verified Purchase
I really shouldn’t like this book, as the premise doesn’t appeal to me as much as I’d thought based on the Bookbub blurb. There’s a secret compound of elites based on their holy bloodlines. Actually it’s one of several. They are the descendants of Adam. And they have magic - that they no longer understand. And there’s a secretive group of completely evil individuals who both prey on these holy people and try to wipe them out. These are the descendants of Cain, who also make up the vast majority of mankind. Kind of Dan Brown taken to a ludicrously high level. However, the book is extremely nuanced. Maybe at least some of the bad guys aren’t actually that bad. Maybe the good guys aren’t entirely good. Certainly their society is pretty screwed up. Maybe all the good guys aren’t even pulling in the same direction. Maybe some of them are actually . . . evil.

This nuance isn’t unusual - it’s almost necessary to write a great novel, at least by today’s standards. But here it’s very well done. Some of the juxtaposition and contradiction is blatant, the extreme poverty and misery of the lowest class who provide all the food and manual labor. But even though the author bludgeons the reader with this, he also takes pains to establish real reasons (beyond the uncaring elite) why this is so. There is no flip the switch solution. A lot of the book is similarly nuanced, so that even though the book is a worldwide struggle of good versus evil, one can never really be sure for whom one should root.

Stylistically the book is written as a fish out of water story. Matt, an orphan raised outside the sanctuary with no knowledge of his heritage, sees the medieval Adamic culture through the lens of modern American culture. However, the author also puts Roselynn, heir to the Adamic crown, in a similar situation, from which she draws much the same conclusions. There are also important characters who straddle both sides, to an extent, who the reader understands could ultimately throw their weight to either side. The author manages to make all these characters very believable, three dimensional and relatable, even sympathetic.

Pacing is where I had some problems. The first third of the book is extremely slow. This is because the author is setting the stage for thousands of pages of highly nuanced conflicts on multiple levels. Get through the slow minutia and the book picks up considerably. Not only is the action starting big time, the tension ratchets up and builds steadily even as the lines of battle waver.

Overall the book is superbly written. Many things are shown to be not quite what they might seem, but there’s enough constancy to not be gimmicky. There are no Mary Sue characters, but all the principal characters have enough power to be factors and enough conflict to keep the reader unsure of their story arcs. All in all, highly recommended and I’m off to buy the next.
Read more
One person found this helpful
Helpful
Comment Report abuse
See all reviews

Amazon Customer
4.0 out of 5 stars Well written interesting novel.
Reviewed in the United Kingdom on October 20, 2020
Verified Purchase
This has to be read properly, no speedreading or vital details can be missed. It is well written the grammar is reasonably good, the storyline is very interesting and the lead characters are believable. Put together makes a book worth reading I look forward to the rest of the series.
Read more
Report abuse

Anne Walton
2.0 out of 5 stars Not that great.
Reviewed in the United Kingdom on August 9, 2020
Verified Purchase
There is potential for this to be better than it is but the characters are very one dimensional with no real depth, and plot twists can be seen coming a mile away. And spoilt by a large number of errors that should have been edited out such as peak/peek and reigns/reins, but also more major ones which add a touch of inadvertant humour when completely the wrong word is used eg digressing instead of deteriorating. I won't be reading the next instalments.
Read more
Report abuse

Joseph Atkins
4.0 out of 5 stars Beautifully Crafted and Written
Reviewed in the United Kingdom on July 1, 2020
Verified Purchase
An amazing book that gripped me from start to finish. Complex characters and a really detailed plot. You're sucked into the world he's written with such ease it's almost uncanny. A rich tapestry style of writing and the twist and turns were unexpected. Really enjoyed this novel and can't wait for book 2
Read more
Report abuse

Amazon Customer
5.0 out of 5 stars Brilliant!
Reviewed in the United Kingdom on October 1, 2020
Verified Purchase
I liked it a lot! I'm glad the heartbreak at the end was shortlived :) can't wait for book 2!
Read more
Report abuse