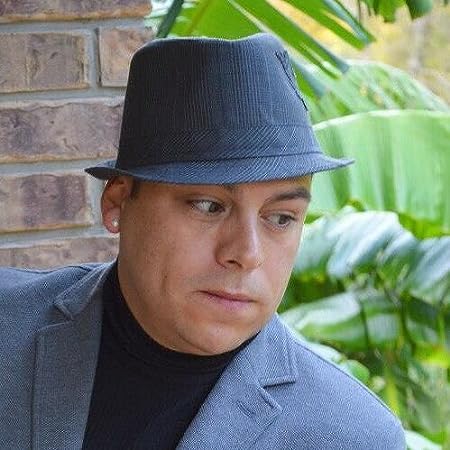 Divon Delgado was born and raised in San Antonio, Texas as a Texan. His natural creative talents have given him numerous opportunities, as a Public Figure, Banker, National Best Seller, 12x times Published Author, CEO/ Owner of Divonville Books, Signed Recording Christian/Gospel Artist, Composer/ Songwriter, Actor, Model, Teacher, and Public Speaker. He has performed Voice-Over for TV and appeared in several Movies, Reality, TV shows, and music videos. He had an Online Show as the Host called “Guilty Pleasure”. Divon has developed a reputation as a notable humanitarian and child abuse awareness Advocate. Ever the entrepreneur, Divon Delgado is also the creator of a fragrance collection called “Sexy Back” and “Besame Bebe. " He received an award and acknowledgment letter from The White House. It was signed by our prior President Barack Obama and First Lady Michelle during their first term in office for Divon’s Autobiography book. Plus, he was graciously interviewed by the White House Secret Service too. For more up-to-date information view his website at www.divonville.com.

Although Divon does have a degree in accounting diploma and has studied in the Psychology sector, one of his primary passions is in participating and giving back to his community of San Antonio, Texas, where he resides. Divon also does pro bono work for individuals in need of counseling.

Prior to these most recent pursuits, Divon worked as a "Court Appointed Special Advocate" volunteer for the National C.A.S.An association. While there, he participated in the judicial system hands-on as a liaison between the families, protective custody services, and the children. By working closely with the dedicated staff at DFPS – Texas Child Protective Services (CPS) – Divon has been able to continue his efforts to preserve the wellbeing of children involved in distressing situations.

Divon Delgado has spoken live at the Valero Energy Corporation, The Salvation Army Hope Center, and many other companies to interact with victims for encouragement. He is always ready to share his story and experiences; to educate listeners about the taboo topic of abuse. Public speaking has given Divon the desire to reach a broader audience; hence, he has been traveling and doing lectures and book readings on this topic.

Divon was also the 2014-2015 Media Chair with JDRF, a non-profit organization in search of a cure for Diabetes. His team – “Divon's Advocates” – walked and ran 5k for the cause. Most recently, Divon has been working as a "Child Specialist" for a TX non-profit agency. Children understand the difference between those who work their case vs. those who care about their well being and future.

Visit DivonVille.com to reach author Divon Delgado and find him at the next book signing, film, TV show, music video or TV commercial. Most of all, Divon thanks his fans for their support with his creative aspirations. You can also possibly find him doing a lecture at his Book Store in San Antonio, Texas. 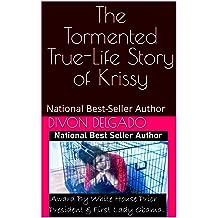 The Tormented True-Life Story of Krissy Jul 25, 2022
by Divon Delgado
$5.99
This biography of Krissy's true-life journey through betrayal, love, abuse, various doctor's death prediction, cruelty, rapes, survival, mental wards, and ups & downs. From birth until now, she has been a fighter for life. By the time she was four years old, being neglected, hospitalized, mentally, physically, and sexually abused was her everyday living. The scars and pain didn't stop what she was going through as a child. Raped by several men, including the step-dad, beaten, and hit with any object reached by her mother. Threaten of family's death was always held as a reality for Krissy. She was sold and married at fifteen years old for the devil's money. Surviving her daily mental health issues, from childhood and adolescence through adulthood. A piece of Krissy's heart was lost when her older brother Chris vanished. Searching for acceptance and love was always her mission in everything she did. No one fought for her as a child. Krissy wanted her story told to help others. If anyone was going through the hurt or is still being abused. To be a victim no more!
Read more
Other Formats: Paperback 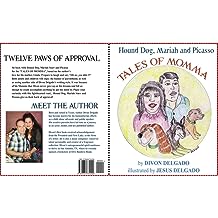 Hound Dog, Mariah, and Picasso: Tales of Momma Mar 13, 2019
by Divon Delgado
$4.00
Twelve Paws of ApprovalSit back with Hound Dog, Mariah Starr, and Picasso for the "TALES OF MOMMA", based on the author's love for his mother, Linda. Prepare to laugh and say, "Oh no, you didn't!" Both adults and children will enjoy the humor of parenthood, as well as seeing another side of Divon Delgado's writing style. It was because of his Momma that Divon never gave up on his own dreams and felt as though he could accomplish anything he put his mind to. Pique your curiosity with this lighthearted read... Hound Dog, Mariah Starr, and Picasso give us their bark of approval!
Read more
Other Formats: Paperback 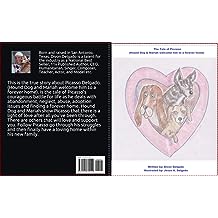 The Tale of Picasso: (Hound Dog & Mariah welcome him to a forever home) (Hound Dog, Mariah & Picasso Book 6) Mar 22, 2019
by Divon Delgado
$4.00
This is the true story about Picasso Delgado. (Hound Dog and Mariah welcome him to a forever home). It is the tale of Picasso's courageous battle for life as he deals with abandonment, neglect, abuse, adoption issues and finding a forever home. Hound Dog and Mariah show Picasso that there is a light of love after all you've been through. There are others that will love and support you. Follow Picasso go through his struggles and then finally have a loving home within his new family.
Read more 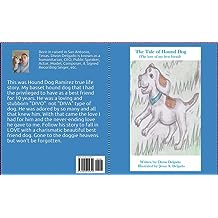 The Tale of Hound Dog: (The love of my best friend) (Hound Dog, Mariah & Picasso Book 4) Mar 22, 2019
by Divon Delgado
$4.00
This was Hound Dog Ramirez true life story. My basset hound dog that I had the privileged to have as a best friend for 10 years. He was a loving and stubborn "DIVO" not "DIVA" type of dog. He was adored by so many and all that knew him. With that came the love I had for him and the never-ending love he gave to me. Follow his story to fall in LOVE with a charismatic beautiful best friend dog. Gone to the doggie heavens but won't be forgotten.
Read more 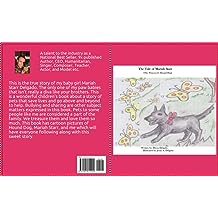 The Tale of Mariah Starr: (The Princess & Hound Dog) (Hound Dog, Mariah & Picasso Book 5) Mar 22, 2019
by Divon Delgado
$4.00
This is the true story of my baby girl Mariah Starr Delgado. The only one of my paw babies that isn’t really a diva like your brothers. This is a wonderful children's book about a story of pets that save lives and go above and beyond to help. Bullying and sharing are other subject matters expressed in this book. Pets to some people like me are considered a part of the family. We treasure them and love them so much. This book has cartoon pictures of Hound Dog, Mariah Starr, and me which will have everyone following along with this sweet story.
Read more 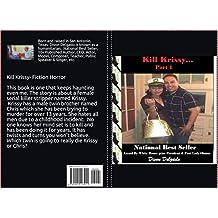 Kill Krissy: Part 1 Mar 22, 2019
by Divon Delgado
( 1 )
$5.99
Kill Krissy- Fiction Horror This book is one that keeps haunting even me. The story is about a female serial killer stripper named Krissy. Krissy has a male twin brother named Chris which she has been trying to murder for over 13 years. She hates all men due to a childhood incident. No one knows her mindset is to kill and has been doing it for years. It has a twist and turns you won’t believe. Which twin is going to really die Krissy or Chris?
Read more 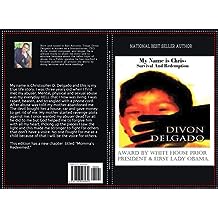 My Name is Chris - Survival And Redemption Mar 13, 2019
by Divon Delgado
$5.99
My name is Christopher D. Delgado and this is my true life story. I was three years old when I first met my abuser. Mental, physical and sexual abuse was my everyday HELL that I now was living. I was raped, beaten, and strangled with a phone cord. After abuse was told my mother abandoned me. The devil bought her a house, car and gave money to get rid of me. My mother started revenge plots against me. I once wanted my abuser dead for all he did to me but God helped me to forgive him with all my heart. Picking up the pieces I saw the light and this made me stronger to fight for others that don't have a voice. No one fought for me as a child because of that I will be the voice for others. Abuse is all around us; help me fight this battle for all children to stop these secrets and lies! Remember we have a voice that will be heard! I promise you that as long as I can, I will advocate for all of us. *This edition has a new chapter titled "Momma's Redeemed."*
Read more 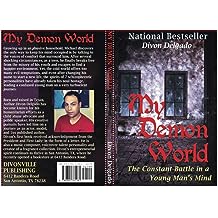 My Demon World Mar 13, 2019
by Divon Delgado
$5.99
My Demon World- Fiction (National Bestseller)Growing up in an abusive household, Michael discovers the only way to keep his mind occupied is by talking to the voices of comfort that surround him. After several shocking circumstances, as a teen, he finally breaks free from the misery of his youth and escapes to find a happier environment. Yet, the cold world offers too many evil temptations, and even after changing his name to start a new life, the spirits of 7 schizophrenic personalities have already taken his soul hostage, leading a confused young man on a very turbulent journey.
Read more
Other Formats: Paperback 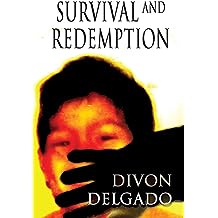 Survival and Redemption Jan 8, 2013
by Divon Delgado
( 1 )
$9.95
"I was three years old when I first met my abuser. Mental, physical and sexual abuse was my everyday HELL that I now was living. I was raped, beaten, and strangled with a phone cord. After abuse was told my mother abandoned me. The devil bought her a house, car and gave money to get rid of me. My mother started revenge plots against me. I once wanted my abuser dead for all he did to me but God helped me to forgive him with all my heart. Picking up the pieces I saw the light and this made me stronger to fight for others that don't have a voice. No one fought for me as a child because of that I will be the voice for others. Abuse is all around us; help me fight this battle for all children to stop these secrets and lies!"
Read more
Other Formats: Paperback