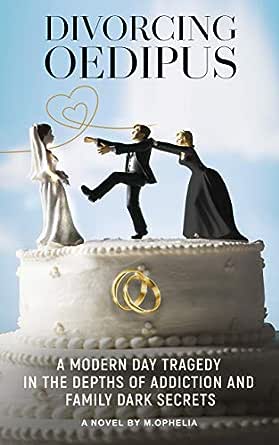 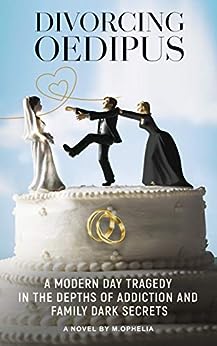 M. Ophelia currently lives in the Pacific Northwest with her children and her dog, Miss McButter. Ophelia is originally from the Southeast. She has enjoyed a life of adventure, having lived in numerous places in the United States, including Alaska. She graduated with a degree in Political Science, from Western Washington University. However, her passion has always been writing. Ophelia has written two unpublished novels in addition to D.O. She enjoys exploring nature and is an advocate for many charitable causes. She has volunteered and served on the committees of many non-profits. Currently, she is focused on serving others as a healing arts practitioner through the Tree of Life Sanctuary. She is a Universal of Life Church Minister. --This text refers to the paperback edition.

Leonard Watson
5.0 out of 5 stars Divorcing Oedipus is a Hilarious and Wonderful Book!
Reviewed in the United States on October 29, 2020
Verified Purchase
This book, Divorcing Oedipus, is a must read about a serious set of circumstances and the very intriguing cast of characters that navigates one tragedy after another. M. Ophelia explores the very dark and often dreary subject of drug abuse and the unrelenting affect it has on family. Her characters are colorful, and her use of side-splitting humor makes Divorcing Oedipus a fast read because its hard to put down; it's a page-turner. Be sure to read the Table of Contents before you begin you journey into the world of Faith Nathaniel and the unusual but realistic characters that populate this story. The Chapter Titles are delightfully inventive. And don't forget to look for Rocky Valentine; you're going to love him! If you are looking for an uplifting book to help you see the world and its troubles in a new light, Divorcing Oedipus is a perfect choice. Enjoy!
Read more
Helpful
Report abuse

Tammy B. In WA
5.0 out of 5 stars Fun and hard to put down.
Reviewed in the United States on November 30, 2020
Verified Purchase
Fun, moving, flowing story. After the 3rd chapter it was hard to put down wondering what Faith would do next. I feel it ended openly for the next book in Washington. I loved the characters and disliked a few who were villainous but those types really do exsist.... this book was easy to read and I can't wait for a sequel.
Read more
Helpful
Report abuse

Rhiannon Archuleta
5.0 out of 5 stars Read it! You won't be able to put it down.
Reviewed in the United States on November 4, 2020
Verified Purchase
Divorcing Oedipus is a heartfelt, inspiring and witty novel. I cried and cheered with Faith during every twist and turn. Faith’s own faith keeps her strong even during outlandish episodes from drug addled Trey and his “charming” family. I couldn’t help but cheer every victory and laugh along with Faith as her world is turned upside down and righted once again. Brilliant!
Read more
Helpful
Report abuse

Laura Abernathy
5.0 out of 5 stars Sense of humor to the rescue!
Reviewed in the United States on October 31, 2020
Verified Purchase
A great story to show how humor and trust in God are essential in moving through grave circumstances. I can't wait to read the next one!
Read more
Helpful
Report abuse

M Klein
5.0 out of 5 stars Humor and faith,
Reviewed in the United States on November 25, 2020
M. Ophelia’s incredibly descriptive writing quickly drew me into Faith’s journey; she had me riveted from the start! I couldn’t put it down wanting to know what happens next. Faith’s humor is refreshing as she deals with such difficult life circumstances. Her ability to always keep her conversations with God at the center as she navigates through the highs and lows of life is inspiring!
Read more
Helpful
Report abuse
See all reviews