Share
Flip to back Flip to front
Listen Playing... Paused   You're listening to a sample of the Audible audio edition.
Learn more
See all 3 images 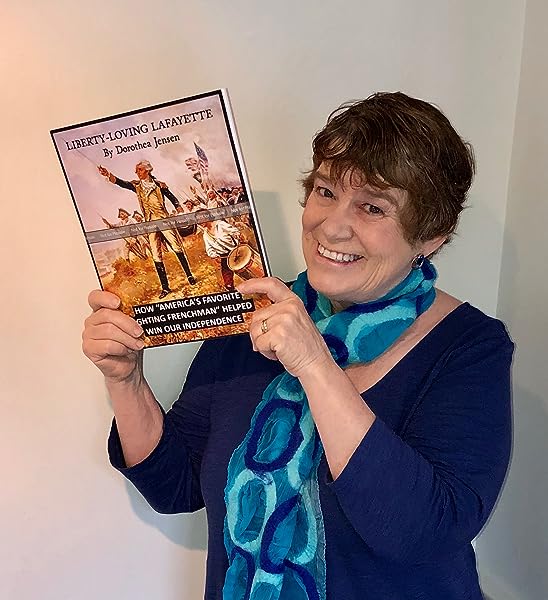 A little elf's clandestine adventure as a stowaway on Santa's sleigh takes an unexpected turn in an engaging contemporary spin on the classic 19th-century poem, "A Visit from St. Nicholas"...The author propels her present-day take on the classic Christmas poem with gentle humor and suspense, smoothly incorporating lines from the original...into her lively tale about a stowaway elf. -Kirkus Reviews

New Hampshire author Dorothea Johnson Jensen was born in Boston. As a child, she moved to Chillicothe, Illinois, the same town where Johnston McCulley, the writer who created Zorro, lived many years earlier. Jensen majored in English Literature (Carleton College) and earned an M.A. in Education (University of New Mexico). She has served in the Peace Corps in South America, tutored refugees in ESL, taught junior high and high school English, and written grant proposals for arts organization. She and her husband have three grown children and six grandsons, and have lived all over the United States, as well as in Brazil and The Netherlands. Jensen's first historical novel for young readers, The Riddle of Penncroft Farm, was named an International Reading Association Teachers' Choices Selection soon after publication. It is used in classrooms throughout the U.S. as an enrichment resource for studying the American Revolution. Jensen's second historical novel for young readers, A Buss from Lafayette, was released in 2016 and has won a number of honors and awards since its publication in 2016. It concerns a witty, troubled young girl whose life might just be changed by a playful kiss from a great hero of the American Revolution. With a colleague, Sienna Larson, Jensen has written a complete teacher’s guide for A Buss from Lafayette. This makes it easy to use this story in the classroom to enrich study of the Revolution, General Lafayette, and life in the early 19th century. Jensen is now working on a story set in 17th century Massachusetts, called A Scalp on the Moon. Tizzy, the Christmas Shelf Elf was Jensen's first illustrated story in verse for elementary school-aged children. She has now completed three sequels: Blizzy, the Worrywart Elf, Dizzy, the Stowaway Elf, and Frizzy, the S.A.D. Elf. Modeled on the classic poem, "A Visit from St. Nicholas", these all feature decidedly 21st century elves and have won honors/awards. She plans to write a story for each of the remaining Izzy Elves: Bizzy, Whizzy, Fizzy, and Quizzy. In addition to writing, Jensen is an experienced actress and singer.Jensen is enjoying putting her old acting skills creating video blogs and podcasts, and narrating her stories. Her four Izzy Elf stories and A Buss from Lafayette are now available as audiobooks.
Tell the Publisher!
I'd like to read this book on Kindle

5.0 out of 5 stars
5 out of 5
10 customer ratings
How does Amazon calculate star ratings?
Amazon calculates a product’s star ratings based on a machine learned model instead of a raw data average. The model takes into account factors including the age of a rating, whether the ratings are from verified purchasers, and factors that establish reviewer trustworthiness.
Top Reviews

robinsm
5.0 out of 5 stars A charming page-turner!
Reviewed in the United States on August 22, 2013
Verified Purchase
Dorothea Jensen has once again hit just the right notes for both kids and adults in her third elfin adventure. This bedtime story's couplets move fast and have all the best elements -- naughtiness, daring, even a little sci-fi, solving a mystery, and children helping Santa Claus and crew on Christmas Eve!
Read more
Helpful
Comment Report abuse

Emma C. Smith
5.0 out of 5 stars Five Stars
Reviewed in the United States on January 27, 2015
Verified Purchase
I love these books and so do my grandchildren. This applies to all Ms. Jensen's Elf books.
Read more
Helpful
Comment Report abuse

Marta
5.0 out of 5 stars Great Book!
Reviewed in the United States on December 19, 2013
Verified Purchase
Loved the Story and Loved the Art Work, Can't wait for the next one :) , Recommend that everyone read these books.
Read more
One person found this helpful
Helpful
Comment Report abuse

Anthony Mendes
5.0 out of 5 stars A really good book for Children
Reviewed in the United States on October 9, 2013
Verified Purchase
I love the story and especially the artwork in this book. A great read for my children for the upcoming Holiday
Read more
One person found this helpful
Helpful
Comment Report abuse

Connie Huddleston
5.0 out of 5 stars it might become a family favorite
Reviewed in the United States on December 1, 2017
While still a picture book, Jensen’s elf series (This is #3) is written for middle grade readers. Her rhyming story about an elf on Christmas eve is excellent for ages 8 to forever, as it tells a great story about Santa and the mishaps naughty children can make happen. It might become a family favorite. The others in the series are Tizzy, the Christmas Shelf Elf, Blizzy the Worrywart Elf, Frizzy the S.A.D. Elf. Don’t forget to look for Dorothea Jensen’s award-winning, middle grade historical novels. I was gifted a copy of this book in exchange for an honest review. C.M. Huddleston, award-winning author of Greg's First Adventure in Time and others
Read more
One person found this helpful
Helpful
Comment Report abuse

Dame DJ
5.0 out of 5 stars A pure delight
Reviewed in the United States on October 26, 2016
Listening to Dorothea's lovely voice is a pleasure and relaxes both parents and kids before bedtime! Dizzy is adorable and Doorthea's words have a poetic charm which is what little ones need in this fast-moving world.
Read more
2 people found this helpful
Helpful
Comment Report abuse

BookLover
5.0 out of 5 stars The Best Santa's Izzy Elves Book yet!
Reviewed in the United States on September 10, 2013
If you haven't read this series, you are missing out! The Izzy Elves are awesome, and the Dizzy story is really our family favorite so far.

These books are rich in plot and language, reflect the lives and loves of kids today, and keep the fun and anticipation and magic of Christmas alive and going. While I do love the classics at Christmas time, I have to say, my kids prefer these!

A great gift for yourself or others.
Read more
Helpful
Comment Report abuse
See all reviews from the United States