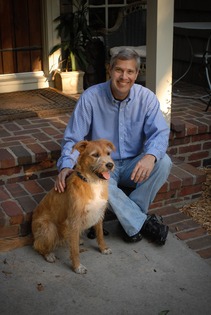 by Greg Kincaid (Author)
4.7 out of 5 stars 262 ratings
Book 3 of 4: A Dog Named Christmas
See all formats and editions
Sorry, there was a problem loading this page. Try again.

In this heartwarming novel, author Greg Kincaid tells the tender story of how one very special dog changed the lives of his adoptive family—and an entire town—forever.


“Todd, they always want you to adopt a dog. That’s what they do. Besides, we don’t need another animal around here, and most definitely not a dog.”

When Todd McCray, a developmentally challenged young man still living on his parents’ Kansas farm, hears that a local animal shelter is seeking temporary homes for its dogs during the days leading to Christmas, he knows exactly what he wants for the holidays. His father objects, but Todd’s persistence quickly wins out. Soon the McCrays are the short-term foster family for a lovable pooch the young man names Christmas.

But what about all the other dogs who will be forced to spend the Yuletide season in cages? In the days that follow, Todd uses his special gifts of persuasion to encourage his hometown to participate in the “Adopt a Dog for Christmas Program.” What follows from his small act of kindness will teach his family, and his community, about peace on earth and good will toward men—and animals.

"A Borrowed Life: A Novel" by Kerry Anne King for $8.99
From the Amazon Charts bestselling author of Whisper Me This comes an emotional and sharply witty novel about how life’s unexpected detours can ultimately bring you home.| Learn more

GREG KINCAID, when not writing, is a practicing lawyer, specializing in divorce and family law mediation. He lives on a farm in eastern Kansas with his wife, three horses, two dogs, and two cats.

Paula H. Sutcliffe
5.0 out of 5 stars The Lord God made them all
Reviewed in the United States 🇺🇸 on January 11, 2023
Verified Purchase
Gave this to dog lover friend who isn’t much of a reader-perfect Christmas gift for her.. and actually perfect gift in general. A lovely book.
Read more
Helpful
Report abuse

S. Severson
5.0 out of 5 stars Great Story
Reviewed in the United States 🇺🇸 on April 15, 2013
Verified Purchase
Loved this book. Another great read for any animal lover. It is another story of Todd, a developmentally challenged young man. He hears that the animal shelter is looking for homes for all their dogs over Christmas. He enlists the help of a local television anchor and is successful placing all the dogs. His dad is dead set against having a dog but gives in and does let his son bring a dog home. But they take the dog back after the Christmas holiday. The dad soon realizes that he really did enjoy having the dog and they go back to get the dog. Only they find out the dog got out and isn't there. They come back home to find that the dog had come back to their farm. Through all this Todd was offered a job at the animal shelter. This has been made into a Hallmark Hall of Fame television story. Very heartwarming story.
Read more
4 people found this helpful
Helpful
Report abuse

emeleste
5.0 out of 5 stars A Warm Christmas Fable with a twist
Reviewed in the United States 🇺🇸 on January 29, 2009
Verified Purchase
This was the first book I bought on my Kindle when I received it in early December. While this is a seemingly simple tale involving a dog, a family, and a Christmas...it's also a "coming of age" story. Not of the developmentally challenged young Todd, who apparently already "came of age" before the story even begins...but of Todd's father, a rather inflexible, somewhat bitter war veteran. It is he who makes the transition from being frozen in youthful angst into becoming the man he already thought he was, but wasn't. This is all thanks to a mysterious dog who seems to know just what this man really needed...and a son that inspires even in his limitations. I loved this book, and connected wtih all the characters. It's home-style simplicity and honesty is refreshing, and the descriptions were vivid even in their brevity. This is a "classic" that I plan to read every Christmas from now on.
Read more
2 people found this helpful
Helpful
Report abuse

Deanna
5.0 out of 5 stars LOVE IT!!!!!!!!!!!
Reviewed in the United States 🇺🇸 on December 30, 2010
Verified Purchase
If you are an animal lover, this book is a must! It is heart touching and emotional, showing the bonds animals have with people especially the "special" people in the world that see, feel, and live a little differently than the average person. This book also shows one boys determination to go after what he wants, fights for it until he gets it, and proves it more than worth fighting for....for everyone in his family, because they ALL benefit from it! His father may have been reluctant to have a dog, but by getting one, he overcomes any issues he has held onto and sees that he too has benefitted from having "Christmas" touch their lives. A wonderful story, no wonder why they also made it into a movie!
Read more
One person found this helpful
Helpful
Report abuse

Lesley Cordell
5.0 out of 5 stars A good little doggy Christmas Story
Reviewed in the United Kingdom 🇬🇧 on January 7, 2022
Verified Purchase
Narrated in an adult voice. Tells the story of a dog called Christmas who is adopted from the shelter for just the Christmas holidays. Suitable for children and adults. A great Christmas present for any dog lover
Read more
Report abuse

Jilly1
5.0 out of 5 stars Totally inspiring read
Reviewed in the United Kingdom 🇬🇧 on January 10, 2018
Verified Purchase
This book is totally inspiring. I loved it from start to finish and could not put it down. It is written beautifully and I would recommend it to anyone - even if you don't read it at Christmas it is a wonderful book at anytime of year.
Read more
Report abuse

linda
2.0 out of 5 stars Too much nice
Reviewed in the United Kingdom 🇬🇧 on February 10, 2013
Verified Purchase
An easy book to read , but , stereo typical all happy smiling aint we wonderful American story including the purple heart war hero . I love a pleasant book with a happy ending but this was to much even for me .
Read more
Report abuse

Fog 41
5.0 out of 5 stars Doggy Read
Reviewed in the United Kingdom 🇬🇧 on April 3, 2014
Verified Purchase
A really good book. Lots of emotions and feelings when you read and if you are an animal lover its a must. Would recommend on a winters night when its too cold to go out.
Read more
Report abuse

Chrissy
4.0 out of 5 stars A warm-hearted tail!
Reviewed in the United Kingdom 🇬🇧 on January 2, 2012
Verified Purchase
I bought this after seeing the film on TV recently. It was very accurately reflected in the book and is a heart-warming story with a christmas theme that on occasion brings a tear to your eye. A very relaxed read.
Read more
Report abuse
See all reviews