Track your books
Bring your club to Amazon Book Clubs, start a new book club and invite your friends to join, or find a club that’s right for you for free.
Explore Amazon Book Clubs
Flip to back Flip to front
Listen Playing... Paused   You're listening to a sample of the Audible audio edition.
Learn more
See all 11 images 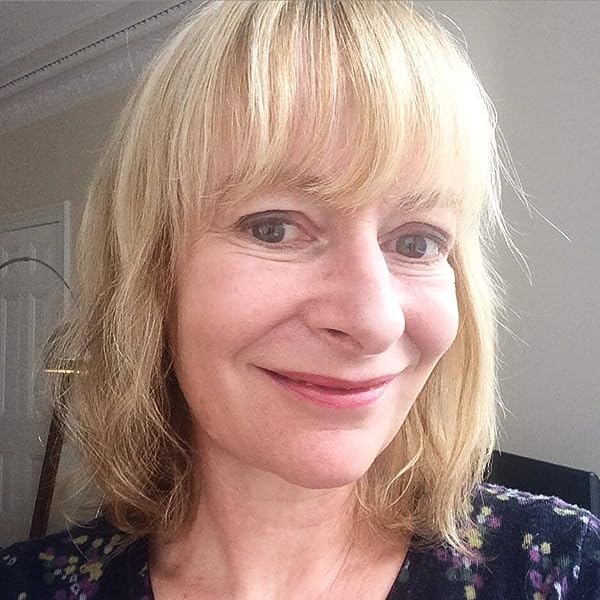 by Fiona Gibson (Author)
4.4 out of 5 stars 791 ratings
See all formats and editions
Sorry, there was a problem loading this page. Try again.

Fiona was born in a youth hostel in Yorkshire. She started working on teen magazine Jackie at age 17, then went on to join Just Seventeen and More! where she invented the infamous 'Position of the Fortnight.' Fiona now lives in Scotland with her husband Jimmy, their three children and a wayward rescue collie cross called Jack. For more info, visit www.fionagibson.com. You can follow Fiona on Twitter @fionagibson.

Start reading The Dog Share on your Kindle in under a minute.

4.4 out of 5 stars
4.4 out of 5
791 global ratings
How are ratings calculated?
To calculate the overall star rating and percentage breakdown by star, we don’t use a simple average. Instead, our system considers things like how recent a review is and if the reviewer bought the item on Amazon. It also analyzes reviews to verify trustworthiness.
Top reviews

Avid Reader
5.0 out of 5 stars 🌅The magical effect of a lovable pooch🐕
Reviewed in the United States on March 4, 2021
Verified Purchase
Warm, hopeful, wonderful escape to the Hebrides🚢

What a 🏁winner of a story! Female lead empty nester Suzy lands in a difficult situation thanks to her former partner but she's inspired to do her utmost to right wrong and turn failure to success. When at her lowest a stray dog enters Suzy's life and her heart and, like magic, things start looking up.

I first gravitated to this book for two reasons: the Scottish setting on a picturesque small island off the western coast of Scotland and the author. The island's beauty and community spirit made me want to be there. And Fiona Gibson has a knack for creating women with spunk and determination. Suzy is one such woman with an unusual profession and a social conscience that refuses to take the easy way out when it could have disastrous effects on so many others.

The strangers drawn into Suzy's orbit by Scout, her scamp of a rescue dog, offer friendship, romance and growing respect. This story was so easy to read and love; I enjoyed it first to last chapter!😊

Thanks to Avon publishers and NetGalley for providing a complimentary advance copy of the book. I liked it so much that I just had to purchase it for my collection. This is my voluntary and honest review of a lovely read.
Read more
2 people found this helpful
Helpful
Report abuse

Kindle Customer 23
3.0 out of 5 stars 3 stars but app doesn't change it
Reviewed in the United States on April 4, 2021
Verified Purchase
I'm giving it 3 stars because the setting of the story (a Scottish island) sounds delightful. Even the characters of the island are not too cliche but unfortunately most are not fleshed out enough. The beginning was interesting, but then both the business solution and the love story was just too one-dimensional and unrealistic so in the end I didn't enjoy this read. Plus star though for trying to feature a dog.
Read more
6 people found this helpful
Helpful
Report abuse

Michelle Larsen
2.0 out of 5 stars I am not getting it...
Reviewed in the United States on April 29, 2021
Verified Purchase
I started this book last night and I was not understanding what I was reading. Figured I was tired and would start again from the beginning.

Nope. I am 20% in and I am seriously considering abandoning it.

Words, Words, Words...and not in a cohesive sequence of events. She was ten, now it was two years ago, now it's now. She was married, had kids, then divorced, then a long term relationship with an idiot (or she was an idiot for staying in the long term relationship), and now she is left holding the bag, trying to clean up the idiots mess. Then there is some guy who has a kid, and a GF that won't last (Obvi)and he is worried that he is emotionally unavailable because SOMETHING happened with his wife...but now he has to go see his Da who is on the Island where the woman is left with the mess...

Scout is the only character that I have any interest in at all and he just showed up. Scout gets two stars.

So on the plus side it was less then a dollar. On the minus side reading is supposed to be relaxing, entertaining, and enjoyable.

Claire
TOP 1000 REVIEWERVINE VOICE
2.0 out of 5 stars Long, poorly edited and felt amateurish
Reviewed in the United States on June 3, 2021
Verified Purchase
I read this book all the way through but I wish I'd saved myself the time. There is no emotional payoff, the whole thing doesn't really hold together and there is absolutely no chemistry between any of the characters. I did worry about the dog (hence 2 stars.) My main problem with this book is that the decent writing was just buried by too many words that didn't add a thing to the story. Where were the editors. A good editor could have made this a much more better book and prevented the reader from feeling that they had just read a beginning writer's draft.
Read more
Helpful
Report abuse

Reader
5.0 out of 5 stars Review
Reviewed in the United States on May 23, 2021
Verified Purchase
Another lovely book from Fiona Gibson. I really enjoyed it. Had a few twists but I knew it was going to be happy ever after, so no disappointments.
Enjoyed learning something about the Shetland Isles. Sorry I never made it there. Always love a book with a dog as a prime character!
Read more
Helpful
Report abuse

C. A. Miller
5.0 out of 5 stars Touching and warm hearted
Reviewed in the United States on April 20, 2021
Verified Purchase
The writing style is smooth and engaging. I loved the storyline. Recommended for a light good hearted read. Dog lovers will enjoy as well.
Read more
Helpful
Report abuse

@Michelle_Reads_Romance
3.0 out of 5 stars Good women’s lit book
Reviewed in the United States on March 7, 2021
This was billed as a romantic comedy, and it’s not. In fact, the main characters are still dating different people over halfway through the book and overall the book has a more somber tone. The last little bit of the book is uplifting and I believe there is one kiss between Suzy and Ricky.

The bright spot of the book is the dog, Scout. There needed to be more Scout. And Arthur, that young boy was terrific. The tagline “Two strangers, one dog. It’s complicated.” make you think there is some type of tug of war with Scout, but there isn’t. And, it’s not - complicated that is.

This should have been described as women’s literature or a “coming of middle-age” book rather than a rom-com. There is nothing romantic about this book. It wasn’t a bad story, just dry. The descriptions were vivid and it was interesting to read, but nothing what you’d expect from the description.

Thanks to NetGalley and Avon Books UK for the early release copy and these are my honest opinions.
Read more
7 people found this helpful
Helpful
Report abuse

kitkat07210
3.0 out of 5 stars Family drama
Reviewed in the United States on March 4, 2021
With thanks to NetGalley and the publisher for a digital arc of this book, all opinions expressed here are my own.

The Dog Share by Fiona Gibson is the first book I have read by this author.

Unfortunately it wasn’t what I was expecting. Tagged as funny and uplifting with a guy and girl sharing a dog on the cover I thought it would be very much a chick-lit/rom-com style book. It was much more do-over/fresh start with a very slow burn romance and the main dog sharing happening between two female friends.

Suzy and her flakey ex bought a thriving whiskey distillery which he ran into the ground, leaving her to pick up the pieces.

Music teacher Ricky and his son Arthur return to his island home to check on his elderly father Harry who worked at the distillery forever.

Told in dual POVs this is very much a family drama where Scout the scruffy lost dog helps heal hearts and join people together.

The story was nice, if not what I expected. The location and characters were well written and interesting. Overall 3 stars.
Read more
5 people found this helpful
Helpful
Report abuse
See all reviews

Babs75
5.0 out of 5 stars A charming read.
Reviewed in the United Kingdom on March 8, 2021
Verified Purchase
I love Fiona Gibson and this book didn’t disappoint.. As someone who has visited Scotland and the Hebridean islands, many times, this was right up my street! A very engaging story that had me laughing out loud on numerous occasions and brought me to the verge of tear at others. Read it. You won’t be disappointed.
Read more
4 people found this helpful
Report abuse

Hallin
5.0 out of 5 stars What a lovely read...
Reviewed in the United Kingdom on April 4, 2021
Verified Purchase
I really enjoyed reading this book, such a lovely story and having Scout, the dog, in was the icing on the cake. Fiona writes beautifully and I love reading her books. I can thoroughly recommend this one.
Read more
3 people found this helpful
Report abuse

lucy
2.0 out of 5 stars When was it mean to be exciting?
Reviewed in the United Kingdom on March 13, 2021
Verified Purchase
I was reading and reading waiting until something exciting would happen but nothing really caught my attention. I was half way through and thought I might as well finish the book. It was well written and very descriptive but overall the story line was below average. I work with dogs and thought this would be an enjoyable read but I really didn’t feel anything towards the book.
Read more
2 people found this helpful
Report abuse

Natasha Alsop
4.0 out of 5 stars Sweet, easy read
Reviewed in the United Kingdom on April 22, 2021
Verified Purchase
Sweet and easy read, the plot was well paced and the characters were likeable. However I would've enjoyed a little more dept where characters and relationships were concerned, particularly where Cara is concerned and Suzy and Ricky's relationship. I feel like a novella would be a really good way to expand this universe a little bit more :)
Read more
Report abuse

Rebecca noble
5.0 out of 5 stars It will be enjoyed by others
Reviewed in the United Kingdom on March 27, 2021
Verified Purchase
A lovley feel good read wish I had a dog now😊 shows how sometimes women can make good men's mistakes 😊👍
Read more
2 people found this helpful
Report abuse
See all reviews
Back to top
Get to Know Us
Make Money with Us
Amazon Payment Products
Let Us Help You
EnglishChoose a language for shopping. United StatesChoose a country/region for shopping.
© 1996-2021, Amazon.com, Inc. or its affiliates