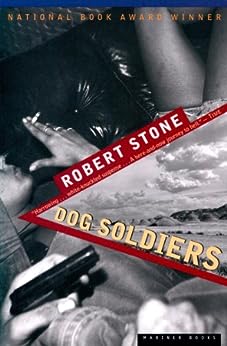 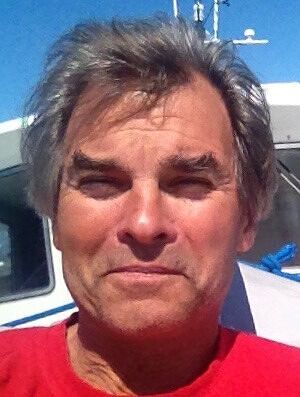 Tags that will help you discover similar books. 10 tags
time 100warvietnam100 essential novelshistoryunited statesgenre fictioncrimenational book awardhistorical fiction
Results for:
Page 1 of 1Start overPage 1 of 1
Previous page
Next page
Where do clickable book tags come from?
Book tags are created from a variety of sources, some of which are customer-generated. Amazon is not legally responsible for the accuracy of the tags represented. If you are an author or publisher and would like to remove a tag associated with your title, please contact your vendor manager or publisher support team.
Amazon Business: Make the most of your Amazon Business account with exclusive tools and savings. Login now

Dog Soldiers is a novel so good, so interesting and serious and funny and frightening, so absorbing, so impressive, so masterful...It is splendid, terrific action suspense.

A dark decendant of Conrad and Hemingway's adventure stories...Goes hell-for-leather across the landscape.

Compulsively readable...As forcefully as any novel one can think of, this novel conveys the cynicism, the terror, and the appetite for new experiences that have marked recent years.

Narrator Tom Stechschulte offers a firm reading that relates the novel's events in a realistic and entertaining manner. He portrays Converse as a terse, hard-nosed character who still manages to be likable. Stechschulte's delivery is remarkably solid throughout. His characters' voices adjust accordingly as they journey through the plot. A gripping performance, to say the least.

Stone's Dog Soldiers became a seminal text for disaffected youth across the country but especially those returning home from war only to find themselves out of step, ostracized, or just wondering what the hell had happened-a generation of young men, drafted and armed, who came to recognize just how little anyone in power cared about the value or quality of their lives.

The language is stripped and strong...[with] unerring dialogue and characterization.

-- "Kirkus Reviews " --This text refers to the audioCD edition.

Robert Stone (1937-2015) received most of the accolades and awards possible for a contemporary novelist, and he has been called the best writer of the post-Vietnam era. His many novels, which have enjoyed commercial success as well as critical acclaim, include the National Book Award winner Dog Soldiers, Damascus Gate, Bay of Souls, and A Hall of Mirrors. He was also the author of the short story collection Bear and His Daughter, which was a finalist for the Pulitzer Prize.

Tom Stechschulte has narrated well over a hundred audiobooks and has won many AudioFile Earphones Awards. He won the prestigious Audie Award in 2009 and has been a finalist for the Audie in 2005 and 2011. As an actor, he has been seen in eleven Broadway shows as well as numerous television and film shows, including the remake of The Manchurian Candidate. He was featured on one of the most famous episodes of The Incredible Hulk ever, September 1979's Blind Rage.

This engaging story of a journalist named John Converse, who travels to Vietnam in search of a big-time story replete with action and adventure, is reminiscent of the spirit of Joseph Conrad, whom author Robert Stone quotes at the onset of the novel. Narrator Tom Stechschulte offers a firm reading that relates the novel's events in a realistic and entertaining manner. He portrays Converse as a terse, hard-nosed character who still manages to be likable. Stechschulte's delivery is remarkably solid throughout. His characters' voices adjust accordingly as they journey through the plot. A gripping performance, to say the least. L.B. © AudioFile 2008, Portland, Maine-- Copyright © AudioFile, Portland, Maine --This text refers to an out of print or unavailable edition of this title.

Like Michael Herr's Dispatches, Robert Stone's National Book Award-winning novel Dog Soldiers trades on a hallucinatory vision of Vietnam as a place in which all honor and morality are ceded to the mere business of survival -- and, better, survival with personal profit. "This is the place where everybody finds out who they are," says the novel's protagonist, the journalist Converse, to which his friend and partner in crime Ray Hicks replies, "What a bummer for the gooks." Converse convinces Hicks to smuggle a shipment of heroin back to the United States, renegade CIA agents pop up, and all hell breaks loose in this beautifully written, dark study of the soul in anguish. --This text refers to an alternate kindle_edition edition.

''Compulsively readable . . . As forcefully as any novel one can think of, this novel conveys the cynicism, the terror, and the appetite for new experiences that have marked recent years.'' -- New Yorker

''Dog Soldiers is a novel so good, so interesting and serious and funny and frightening, so absorbing, so impressive, so masterful . . . It is splendid, terrific action suspense.'' --Esquire

''The language is stripped and strong . . . [with] unerring dialogue and characterization.'' --Kirkus Reviews --This text refers to an alternate kindle_edition edition.
Read more

4.1 out of 5 stars
4.1 out of 5
217 global ratings
How are ratings calculated?
To calculate the overall star rating and percentage breakdown by star, we don’t use a simple average. Instead, our system considers things like how recent a review is and if the reviewer bought the item on Amazon. It also analyzes reviews to verify trustworthiness.
Top reviews

Jim Thomsen
4.0 out of 5 stars A Converse Proposition in Post-Vietnam America
Reviewed in the United States on January 27, 2020
Verified Purchase
Druggy, draggy, doomy, dreamy, shaggy, baggy: DOG SOLDIERS checks every box on the Seventies Literature list. It performs the enviable task of working equally well a literary novel of big themes, big ideas and big masculine bulls**t and a chase-fueled crime novel. Mostly it works best as a story of its time and its place, an American reckoning with the Vietnam War and the tectonic cultural shifts it forced into place before most of us, and most of DOG SOLDIERS' characters, were ready for it. I love it best in that light.

As such, I read, and re-read DOG SOLDIERS mostly for how I see myself in it, and I find that John Converse, rather than Ray Hicks — its heroic figure, as opposed to its hero — is my portal into this world. Passive to the point that almost nothing can sandblast him out of his complacency, smart and dumb and cynical and naive in equal measure, the Marine-turned-war correspondent-turned failed heroin trafficker skates along in his life on a placid but thin layer of pseudo-philosophical ice, better able to feel the pain of torture than the pain of being misaligned with his time and his place. I find him fascinating, and I find a lot of myself in him, a lot more than Hicks, the Nietzsche-reading ex-Marine misanthrope who runs off with Converse's drug-addicted wife. Your mileage may vary. I hope Converse found his way someday. I hope I do too.

J. Edgar Mihelic, MA, MBA
5.0 out of 5 stars Chaos Ensues
Reviewed in the United States on January 10, 2021
Verified Purchase
About 20 years ago, I was a student at a state university, majoring in creative writing. Since me and my peers were not really experiencing in life, much of what we wrote if it was not from life it was aping the pop culture at the time. There were a lot of bad stories about getting high and killing people. It was so bad I once drafted a poem I called “Workshop” with the lines “I have read / enough poems / about kittens / and drug use”. I couldn’t help but think of that period in my life as I was reading this book.

The basic plot of the book is a journalist in Vietnam buys some drugs and tries to ship them back to the United States. Things do not go as he planned, and chaos ensues. People get high and people get shot; some people die. It was like reading all those workshop stories but with one difference – Stone is a heck of a writer. This is like Tarantino before he ever thought of Reservoir Dogs.

The only thing that really got to me was that the amount of drugs, and the dollar amount (even with inflation) seemed crazy low to me as I was reading the book. People go through a lot of effort to get the guy’s drugs from him and it feels like there’s a relatively low payoff for the whole thing. There were a lot of people involved and it just feels like overkill.

K. Graff
3.0 out of 5 stars Just too slow for me
Reviewed in the United States on January 29, 2019
Verified Purchase
It took forever to get through this as the story never really brought me in. I probably finished 30 other books before wrapping this up.
Read more
5 people found this helpful
Helpful
Report abuse

Earnstone
5.0 out of 5 stars Worth A Second Read
Reviewed in the United States on October 5, 2014
Verified Purchase
I hadn't picked this book up in years & did so only because I wanted to read a Vietnam War classic & thought I'd grabbed Michael Herr's classic memoir, Dispatches. I realized my mistake right away, of course, but was pulled in by this epic tale of the end of the war & the end of the counter culture in the US, and the stench of rot that accompanies heroin. You know the story - it was told in the movies as the Nick Nolte war flick, Who'll Stop The Rain. But the book puts you inside the thoughts of lost boy/war correspondent John Converse, hippie academic wife Marge, & zen punk Ray Hicks, the ex-Marine courier who tries to get the stash from 'Nam to Bay Area. Author Robert Stone had seen both war & hippie commune from the inside so he reminds you of the hopelessness of each in the final days. There is humor & despair in nearly equal measure here, often in the same setting (a sordid movie theater; a psychedelic mountain fortress & a burnout guru named Dieter.). Most of all, there is predictable inner dialogue like that of an addict or the unfamiliar conversation w/ self of a dying soldier. If you've read it before, it works the second time around. If never - you should if only to experience the heart of darkness that came after the age of Aquarius.
Read more
22 people found this helpful
Helpful
Report abuse

Maryh
3.0 out of 5 stars Disappointing
Reviewed in the United States on September 27, 2018
Verified Purchase
I was disappointed. I bought the book because he’s an excellent writer and I think one of his short stories (“Under the Pitons”) is a masterpiece. This novel is undisciplined, full of unlikeable characters and most vivid in its descriptions of drug use (high point is the young mother’s first experience with heroin). As always his writing is colorful but this one’s not worth it.
Read more
7 people found this helpful
Helpful
Report abuse
See all reviews