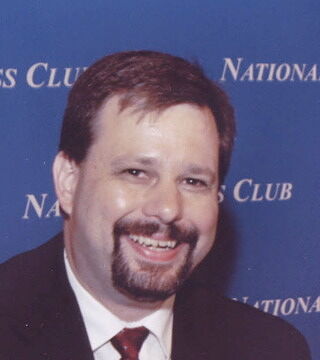 by Chuck McCutcheon (Author), David Mark (Author), Jeff Greenfield (Foreword) & 0 more
4.2 out of 5 stars 33 ratings
See all formats and editions
Sorry, there was a problem loading this page. Try again.

To the amusement of the pundits and the regret of the electorate, our modern political jargon has become even more brazenly two-faced and obfuscatory than ever. Where once we had Muckrakers, now we have Bed-Wetters. Where Blue Dogs once slept peaceably in the sun, Attack Dogs now roam the land. During election season―a near constant these days―the coded rhetoric of candidates and their spin doctors, and the deliberately meaningless but toxic semiotics of the wing nuts and backbenchers, reach near-Orwellian levels of self-satisfaction, vitriol, and deceit. The average NPR or talk radio listener, MSNBC or Fox News viewer, or blameless New York Times or Wall Street Journal reader is likely to be perplexed, nonplussed, and lulled into a state of apathetic resignation and civic somnolence by the rapid-fire incomprehensibility of political pronouncement and commentary―which is, frankly, putting us exactly where the pundits want us. Dog Whistles, Walk-Backs, and Washington Handshakes is a tonic and a corrective. It is a reference and field guide to the language of politics by two veteran observers that not only defines terms and phrases but also explains their history and etymology, describes who uses them against whom, and why, and reveals the most telling, infamous, amusing, and shocking examples of their recent use. It is a handbook of lexicography for the Wonkette and This Town generation, a sleeker, more modern Safire’s Political Dictionary, and a concise, pointed, bipartisan guide to the lies, obfuscations, and helical constructions of modern American political language, as practiced by real-life versions of the characters on House of Cards.
Read more
Previous page
Next page

"[A]n excellent field guide to the double-talk and weasel words that anyone following the world of politics has to wade through every day."--Henry Allen "Santa Fe New Mexican"

Dog-whistles, Walkbacks and Washington Handshakes will not be the last book written on political language, because political language will remain as irritating, fascinating, obfuscatory and dishonest as ever. But until the next book comes along, this one will reassure the cynics, anger the idealists, encourage a healthy skepticism and amuse those readers comfortable with the knowledge that nothing has changed and nothing will change."--Henry Allen "Wall Street Journal"

"Words matter. Especially when tumbling from the mouths of politicians, words can edify and distort, engage and enrage, delight and depress--but the differences are lost on most of us. Until now. Chuck McCutcheon and David Mark decode the clutter in an extraordinarily accessible and informative book that belongs on the desk of any politically minded reader. It's my b.s. translator."--Ron Fournier, senior political columnist and editorial director of National Journal

"One would have thought that writing a gripping treatment of the semi-secret slang and code of the DC scene was impossible, but McCutcheon and Mark have done it. Dog Whistles, Walk-Backs, and Washington Handshakes should be the accompanying text for House of Cards or Scandal. Brilliantly written and fun."--Steve Clemons, Washington editor at large for The Atlantic and contributor to MSNBC

“In your hands is a guide through the thicket, a machete with which to cut your way through the jungle of rhetoric . . .This volume may prove a life saver.” (From the foreword by Jeff Greenfield)

CHUCK MCCUTCHEON is co-author of National Journal’s Almanac of American Politics and co-editor of Congressional Quarterly’s Politics in America 2010. DAVID MARK is editor-in-chief of Politix and former senior editor at Politico. He is the author of Going Dirty: The Art of Negative Campaigning. JEFF GREENFIELD is former senior political correspondent for CBS Nightly News, and author of If Kennedy Lived and 10 other books.
Read more

Matthew Dicker
5.0 out of 5 stars The Ultimate Insider's Look
Reviewed in the United States 🇺🇸 on June 15, 2015
Verified Purchase
As a former Congressional staffer, I read a lot of "insider" books about Capitol Hill. After awhile, almost all of them blur into one forgettable mass of anonymous quotes from self-professed "insiders."

"Dog Whistles, Walk-Backs, and Washington Handshakes," however, stands out as an entirely unique look into the insider's world of Capitol Hill by viewing this strange world through a different lens. Washington, like any insular world, has developed its own language, and "Dog Whistles..." is the best dictionary I've seen for learning to speak D.C. For those unfamiliar with Washington, the terms offer both a funny and slightly terrifying insight into politics. Much more than just a list of humorous insider vocabulary, the book gives as good an insight into D.C. as any I've read in a very long time.
Read more
Helpful
Report abuse

V. Murray
5.0 out of 5 stars Now's a great time to have this book on hand
Reviewed in the United States 🇺🇸 on August 10, 2016
Verified Purchase
Reading this entertaining book has given me a new way to listen to the news. When I first read it, I was amused to later hear phrases from it when watching "Scandal." Picked it up again recently because now I'm hearing them in the real-life scandal that is this election. I won't go so far as to say I've been playing "Dog Whistles Walkbacks and Washington Handshakes Bingo," but on the other hand that could still happen.
Read more
One person found this helpful
Helpful
Report abuse

narrowback slacker
4.0 out of 5 stars A handy primer on the language of modern politics
Reviewed in the United States 🇺🇸 on May 17, 2015
Verified Purchase
A useful little primer for anyone who wants a little more insight into the language of modern politics. Short, to-the point entries offer details on the history of each term, along with straightforward examples from either side of aisle, all thoroughly cross-referenced. Recommended for anyone interested in language, politics, or journalism.
Read more
2 people found this helpful
Helpful
Report abuse

Nell M. Benton
5.0 out of 5 stars Required reading!
Reviewed in the United States 🇺🇸 on August 23, 2014
Verified Purchase
With this book in hand, I see decoding political speeches and ads the hot new Washington parlor game. The terms are ones I used to read over or roll my eyes and move on. Now I know the origin of the term, sterling examples of the term in action, and a great feel for how politics is really conducted. Now I need to decide whether it goes on my political shelf, my comedy shelf, or my linguistics shelf.
Read more
10 people found this helpful
Helpful
Report abuse

David Cohen
5.0 out of 5 stars A dictionary, only more so ...
Reviewed in the United States 🇺🇸 on November 18, 2014
Verified Purchase
FIrst and foremost, this book is fun. It's certainly to good to have all this political jargon assembled and explained, but Chuck and David have made it entertaining through and through, taking an approach that makes it a lot more appealing than most reference books. Recommended to those who want to keep up with the latest political conversations, and also those who live and die with this stuff.
Read more
2 people found this helpful
Helpful
Report abuse

Aaron Mannes
5.0 out of 5 stars A Fun but Serious Book that de-mystifies politics
Reviewed in the United States 🇺🇸 on November 20, 2014
Verified Purchase
What a great, fun book. Words are important. Understanding the vocabulary is important to de-mystifying the process of politics. Every profession has its jargon, politics is no different. But understanding how politics really works is important to everyone.
Read more
2 people found this helpful
Helpful
Report abuse

Matt Patrick Graham
3.0 out of 5 stars Three Stars
Reviewed in the United States 🇺🇸 on April 27, 2016
Verified Purchase
Enjoyed it, quick read, and passed it to a friend.
Read more
Helpful
Report abuse
See all reviews