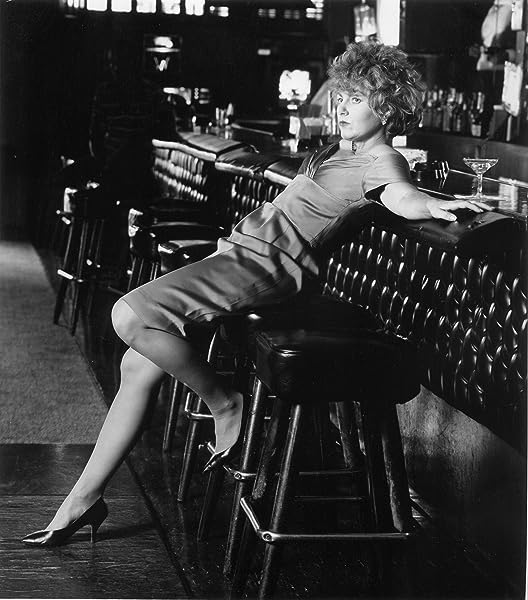 by Mercedes Lambert (Author), Ken Bruen (Introduction), Lucas Crown (Introduction) & 0 more
5.0 out of 5 stars 4 ratings
See all formats and editions
Sorry, there was a problem loading this page. Try again.

*Starred Review* The mean streets of L.A. have been walked countless times by countless PIs, but few PIs have had a voice as compelling as Whitney Logan, a weight-lifting, wet-behind-the-ears lawyer who learns some hard truths about the city she thought she knew. Introduced in Dogtown (1991), Logan finds herself paired with streetwise streetwalker Lupe Ramos as she attempts to track down a missing woman for a liar of a client. On paper, the lawyer-hooker partnership sounds like a made-for-TV cliché, but in Lambert’s hands, the combination works, both women wary, jostling, and maybe even a little bit attracted to each other as they become embroiled in drug dealing and Latino political activism. Logan’s narrative voice owes more than a little to Chandler’s Philip Marlowe, yet her outlook is both womanly and utterly contemporary. And though the setting would have been unrecognizable to Marlowe—the ethnic diaspora filling in the cracks as Tinseltown is torn down—he would have felt right at home in a city “full of bad characters and quick to punish.” Soultown (1996) reunites Logan and Ramos in the middle of an armed robbery in Koreatown, the aftermath proving a test for their uneasy relationship. The first two books of the eventual Dogtown trilogy earned Lambert (real name Douglas Anne Munson) critical praise and peer respect but, apparently, limited sales. The third book, Ghosttown, was rejected by her publisher and didn’t see print until 2007—four years after the author’s tragic death from cancer at the age of 55. For voice, Lambert compares well to Christa Faust and Vicki Hendricks; for the seedy sense of place, try John Shannon and Gar Anthony Haywood. --Keir Graff

"Ranks with the work of Sue Grafton and Marcia Muller in presenting a tough, savvy heroine." -- Cleveland Plain Dealer

"Both of these books are among the finest noir." -- Ken Bruen

"Ghost Town is a noir masterpiece, one of the most evocative L.A. crime novels ever written." -- Jonathan Kellerman

DOGTOWN: Whitney Logan, attorney-at-law, is broke. So when Monica Fullbright shows up with a thousand dollar retainer wanting to locate her missing housemaid, an illegal immigrant named Carmen, Whitney takes the job. She may not like playing sleuth, but she can't afford to be picky. Enlisting the aid of Lupe Ramos, a chicana prostitute who works the street below her office, she soon finds out that Monica is not all she seems. And when the two of them stumble on the housemaid's dead body, they quickly find themselves on a fetid trail of Latin politics, drug smuggling and misguided allegiances. Nothing is as it seems in Dogtown. SOULTOWN: Whitney Logan and Lupe have gone in different directions, the only thing in common their shared dream of a new start. But Whitney figures she owes Lupe something, and agrees to help her reunite her with her son, now living with Lupe's ex-boxer brother Hector and his new girlfriend in Koreatown. When they show up to get the boy, they find themselves in the midst of an armed robbery. However, this is no simple operation, but a complicated theft involving old Korean friends. Whitney agrees to help, and soon finds that Hector's girlfriend Kim and the old friends all have closely held secrets that none of them are prepared to give up. Even her alliance with Lupe is an uneasy one. Deception is the order of the day in Soultown.

Born as Douglas Anne Munson in Crossville, Tennessee on February 17, 1948, Mercedes Lambert's childhood was spent moving from town to town before her family finally settled in southern California in the 1960s. Mercedes attended the University of New Mexico, where she majored in Latin American studies, and lived for a year in Ecuador. After attending law school at UCLA, Mercedes became an attorney in the Los Angeles criminal courts. Most of her legal career was spent in dependency court, where children who have been removed from their parent's custody because of severe abuse, neglect or abandonment move through the legal system.

In 1990, Mercedes published a novel under her real name (Douglas Anne Munson) called El Niño. The book was well received by critics and Mercedes went on to publish two mystery novels under the name of Mercedes Lambert, Dogtown in 1991 and Soultown in 1996, which featured a pair of women detectives. She completed a third novel in the series, Ghosttown, which remained unpublished during her lifetime.

After leaving the legal profession, Mercedes taught creative writing and journaling at UCLA. She lived briefly in Washington State and San Francisco, and after completing a program to teach English as a second language, moved to the Czech Republic where she taught English to soldiers, missionaries, and mink farmers. After being diagnosed with cancer (she had successfully fought breast cancer while writing El Niño in the late 1980s), Mercedes returned to the United States in 2001 and sought medical treatment in Connecticut. She was able to make one last visit to the Czech Republic in December of 2003 before dying on December 22, 2003 at a hospital in Norwalk, Connecticut.

Her ashes were returned to southern California where they were scattered at sea.

Four years after her death, Ghosttown, the third and final Whitney Logan mystery, was published by Five Star Mystery; in the Spring of 2008, the first two Whitney Logan mysteries—Dogtown and Soultown—were reprinted in a single edition by Stark House. With the resurgence of interest of Douglas Anne Munson, her books have been translated and published in Japan and Italy.

Kirk Alex
5.0 out of 5 stars Mercedes Lambert is BETTER than Raymond Chandler
Reviewed in the United States 🇺🇸 on April 10, 2019
Verified Purchase
Oooh, is it sacrilegious to make a statement like this?
Chandler's metaphors never did anything for me. There, I said it.
Am so sick & tired at the way people (read journalists) praise the
king of the simile who have never even read his books.

The difference here is that the lady can write. Too bad she's gone, because
she had the real thing. Another writer who writes terrific PI novels & is better than
Ray Chandler, is Sean Chercover.

Never heard of the man? Do yourself a big favor & go look up
his Ray Dudgeon Chicago private eye masterpieces: Trigger City and Big City/Bad Blood
& see what I'm talking about.

Part of the appeal of these books is that we understand Whitney better than she does herself. She's clueless but we see the breadcrumbs.

Very intelligent writing from someone who had first-hand experience with the brutality of poverty, Lambert was a public defender in LA's children's court. She had to defend abusive parents. What a painful job. And from that pain we have three excellent books.
Read more
6 people found this helpful
Helpful
Report abuse
See all reviews