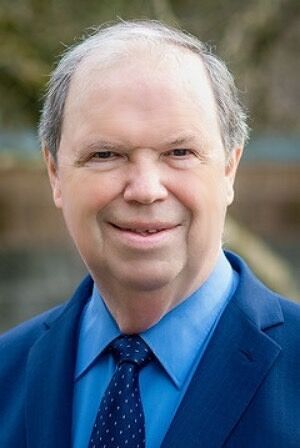 Doing Theology for the People of God: Studies in Honor of J.I. Packer Paperback – January 1, 1996

by Donald M. Lewis (Editor), Alister E. McGrath (Editor), J. I. Packer (Editor) & 0 more
5.0 out of 5 stars 2 ratings
See all formats and editions
Sorry, there was a problem loading this page. Try again.
Studies in honor of J. I. Packer that teach the discipline of study as well as the practical dimensions of understanding God.
Read more
Previous page
Next page

Scroll to the right to shop our holiday shopping guide.

Donald M. Lewis is an historian specializing in the study of Evangelical Christianity. He holds a doctorate from the University of Oxford and currently is professor of Church History at Regent College, a graduate school of Christian Studies affiliated with the University of British Columbia, in Vancouver, Canada. His first book Lighten Their Darkness: the Evangelical Mission to Working-Class London, 1828-1860 (Greenwood Press, 1985; republished in 2001 by Paternoster) is a ground-breaking work that focuses on popular religion in the Victorian slums.

His ground-breaking The Origins of Christian Zionism: Lord Shaftesbury and Evangelical Support for a Jewish Homeland (Cambridge: Cambridge University Press, 2009) examined the background to popular support for the Balfour Declaration of 1917. His most recent book is: In Darkest London: the manuscript diary of Joseph Oppenheimer, City Missionary (Regent College Publishing, 2018).

He worked for ten years as the editor of the two-volume Blackwell Dictionary of Evangelical Biography (Oxford: Blackwell, 1995 republished in 2005 by Hendrickson). In addition he is the editor of several collections including the award-winning Christianity Reborn: the Global Expansion of Evangelicalism in the Twentieth Century (Grand Rapids: Eerdmans, 2005).

Professor Lewis is a Fellow of the Royal Historical Society in England.