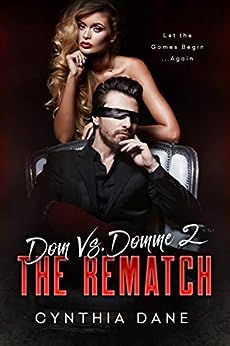 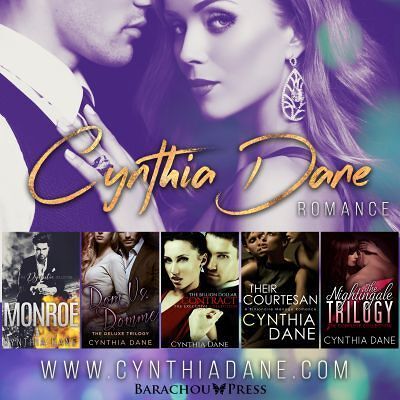 LDK
5.0 out of 5 stars Terrific!!!!!
Reviewed in the United States on April 12, 2019
Verified Purchase
Excellent! Enjoyed it thoroughly..Read previous books and was happy to see another...Wishing for more!....thanx
Read more
Helpful
Report abuse

I am Mathers and Kathryn Alison are now living together in the same penthouse,,,, although, as you may know, she has kept her apartment in the city as her new "office" so she has a familiar place to work out of along with her assistants and she left her bedroom there, with her bed still there, in case she needs a "break" from Ian , or she tells herself that ,,,, Ian has gotten his Katie a long way since the beginning of them being a "couple" ,,,,, she even gets to Top Ian now and again,,,, but he just can't get her to say YES to his proposal of marriage,,,, and if he does, who will they tell, when will it be,,,, and the big question,,,, where will they go on their honeymoon,,,, again, all waiting for Kathryn to say YES ,,,, but, what happens when something comes out in one of the scandal sheets that Ian can't buy Kathryn's good name out of ,,,, now it's out there for everyone to see ,,,, what's going to happen to Kathryn now ,,,, ???

This was another great part of Ian and Kathryn's life ,,,, I'm very interested to see if the author is going to write another part of their life, like maybe the worst thing happens that Kathryn is dead set against ,,,, maybe she actually gets pregnant,,,,,???,,,, just a thought,,,,

I would so totally recommend this series to everybody ,,,,,,,

Kindle Customer
4.0 out of 5 stars A HEA for Ian and Kathryn
Reviewed in the United States on March 14, 2020
This was the continuation of Ian and Kathryn's story which started in Dom vs Domme: The Deluxe Trilogy and Dom vs Domme Shorts Vol 1: Vegas, Paris, Tokyo.

Once again I struggled with the storyline a bit because am learning to tolerate/appreciate a domme's personality. I think I enjoyed the first two books mentioned above more because I was truly open to learning and accepting Kathryn's struggles. I loved how they were written. But by this book I was feeling like, just BE HAPPY already. Marry HIM. I was frustrated with Ian because he couldn't be the typical dom I'm used to reading about. But there was a great HEA! I realize there are more stories about some of the secondary characters and I'll be looking at reading those books.

Laura F
4.0 out of 5 stars Finally
Reviewed in the United States on March 24, 2019
Ian and Kathryn have been my favorite couple in this universe and I’ve been waiting for them to take the next step and it’s finally happened!

This book took me a while to get into. I had to put it down and come back a couple of times. I wasn’t as connected to the characters as I was in the past but once I hit the halfway point, the story turned around. I’m so glad that these characters have finally taken the next step!!
Read more
One person found this helpful
Helpful
Report abuse

MYB
5.0 out of 5 stars Cynthia keeps you turning the pages wondering how Ian and Kathryn’s love will guide them next
Reviewed in the United States on March 26, 2020
I loved this continuing story of Kathryn and Ian that takes you on a more in depth road to discovery of their relationship. You’ll chuckle, fan yourself and get a bit teary as their love story unfolds. You can feel the love that Ian has for Kathryn as he helps Kathryn come into her own when faced with her reckless past. I was astonished by the ending and really hope Cynthia continues their story!
Read more
Helpful
Report abuse

Ally Nasky
5.0 out of 5 stars Intense
Reviewed in the United States on May 10, 2020
They are young, sexy and...not free ! Ian cannot think a life without Kathryn in it, he even sound like a masochist but it is what it is, for her this is not important, is just some piece of paper or a standard issue that older and other people needs to get through. They made me lought and cry, to feel intense feelings and to understand more about passion and surrender.
Read more
Helpful
Report abuse

LBry2602
4.0 out of 5 stars Great Addition to the Series
Reviewed in the United States on March 25, 2020
Although this addition of the Dom Vs Domme series was a bit of a slow start for me, Ian and Kathryn's story still grabs me and holds on from beginning to end. Will she or won't she finally marry him? I loved the book, it was a well paced, steamy, and had a few surprises. Love these two.

I.
4.0 out of 5 stars Dom Vs Domme book 2
Reviewed in the United States on March 25, 2020
My first time reading this author. I didn’t read book one but I was lucky to find this and was pleasantly surprised. Cute couple trying to claim her with her resisting. Good read!