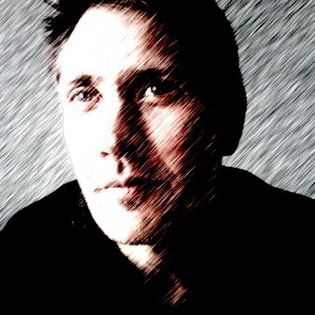 by Jeremy Prestholdt (Author)
4.0 out of 5 stars 3 ratings
See all formats and editions
Sorry, there was a problem loading this page. Try again.

This book boldly unsettles the idea of globalization as a recent phenomenon―and one driven solely by Western interests―by offering a compelling new perspective on global interconnectivity in the nineteenth century. Jeremy Prestholdt examines East African consumers' changing desires for material goods from around the world in an era of sweeping social and economic change. Exploring complex webs of local consumer demands that affected patterns of exchange and production as far away as India and the United States, the book challenges presumptions that Africa's global relationships have always been dictated by outsiders. Full of rich and often-surprising vignettes that outline forgotten trajectories of global trade and consumption, it powerfully demonstrates how contemporary globalization is foreshadowed in deep histories of intersecting and reciprocal relationships across vast distances.
Read more
Previous page
Next page

“Domesticating the World comes at an important moment in the development of globalization studies.” -- Jessica Lynn Achberger ― World History Bltn Published On: 2010-06-30

“This is truly a remarkable and important book. It is extremely well written, includes some wonderful pictures and illustrations, and is very accessible and engaging for scholars and students.” -- Dorothy L. Hodgson ―
American Historical Review Published On: 2009-12-01

“The breadth and methodological approach, along with the singularity of its content, make this book a highly necessary addition to the ever-growing body of scholarship on globalization.” ― Journal Of World History Published On: 2010-09-01

 Ingeniously stands the study of globalization and trade on its head.Edward Alpers, Chair of Department of History, UCLA

“ Ingeniously stands the study of globalization and trade on its head.”―Edward Alpers, Chair of Department of History, UCLA

Jeremy Prestholdt is Assistant Professor History at the University of California, San Diego.

His first book, Domesticating the World: African Consumerism and the Genealogies of Globalization (2008), focuses on the intersections of culture and economy in East Africa. The book narrates African consumers' changing demands for material goods and how these shaped global exchanges in an era of sweeping social and economic change. His second book, Icons of Dissent: The Global Resonance of Che, Marley, Tupac, and Bin Laden, addresses the diverse meanings of global iconic figures since the 1960s. A third book project focuses on political culture, violence, and claims of autochthony in colonial and postcolonial Kenya.

4.0 out of 5 stars
4 out of 5
3 global ratings
How customer reviews and ratings work