Domme Experience: Power Exchange and the Making of a Domi... and millions of other books are available for Amazon Kindle. Learn more
Share <Embed> 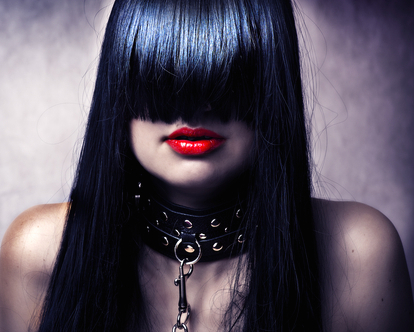 by Simone Freier (Author)
3.9 out of 5 stars 7 ratings
Book 8 of 8: Experiences
See all formats and editions
Sorry, there was a problem loading this page. Try again.

Start reading Domme Experience on your Kindle in under a minute.

3.9 out of 5 stars
3.9 out of 5
7 global ratings
How are ratings calculated?
To calculate the overall star rating and percentage breakdown by star, we don’t use a simple average. Instead, our system considers things like how recent a review is and if the reviewer bought the item on Amazon. It also analyzes reviews to verify trustworthiness.
Top reviews

Anastasia Styles
3.0 out of 5 stars A blend of explicit education and explicit fantasy.
Reviewed in the United States on May 27, 2017
Verified Purchase
I’ll mention I read this book without first reading the others in the series. While “Domme Experience” is indeed an entirely self-contained story, I must admit that not since “The Hobbit” have I encountered so many characters being introduced in the first chapter with no explanation as to who they are or what they’re doing there. Obviously, this would not be an issue upon reading the others first, I’m sure.

Speaking of the beginning of the book, it took a bit of getting past for me, in terms of requiring more suspension of disbelief than I’m generally willing to give erotica; in this case, that Kelly discovers her father has been having an affair, so decides that this needs to be corrected with a spanking, administered by her. And it’s not only her father who needs spanking by her, but also her mother for letting it happen, the other woman for leading her father into temptation, and her boyfriend for being in the general vicinity. They all agree to this without hesitation, although nobody enjoys anything.

Most of the story revolves around Kelly’s growth in terms of getting things she wants, with sidelines of Sam, her boyfriend, loving her and at the same time resenting alternately his inclusion in things and his exclusion from things. While polyamorous, their relationship is central, though, and remains strong.

Grady HarpTop Contributor: Children's Books
HALL OF FAMETOP 100 REVIEWER
5.0 out of 5 stars ‘Kelly was bent on somehow ‘punishing’ her father for having an affair. It was ludicrous!’
Reviewed in the United States on May 15, 2017
Verified Purchase
Simone Freier was a nurse prior to her becoming an author. One of her pet peeves is reading erotica that gets simple anatomy wrong! She is continually bewildered by women who haven't explored their own bodies. Another pet peeve is the mostly hung-up Victorian society prevalent in the U.S., and she tries her hardest to change that by introducing people to new sexual and sensual experiences through her erotic writing. The activities in Simone's books are quite realistic, as she has participated in most of these in 'real life', as surreal as it may seem. Reading her new works certainly adds respect for her talent as a writer of erotic literature. And just as foreplay is the key to satisfying sex, Freier starts this her eighth book in a series of books labeled EXPERIENCES with some well written suggestive but not pornographic storyline. Once the reader catches the drift of her intent the urge is to stay with the book to see how far she will escort us into the world of sexual fetishes.

The pleasure (at least one of the many) of reading Simone’s erotica is her flair for character development and creative sensual situations. She does this with a very open frankness, removing any guilt frame of mind that may hamper some readers not acquainted with Simone’s style of erotica. This is not dark and dirty, simply pushing the boundaries of pleasure by adding some fascinating variations on interpersonal actions. Her stories sing, or as she has stated, ‘where fair-is-fair and mutually satisfying’ to all characters she defines. Read one of her books and you’ll likely collect the set. Grady Harp, May 17
Read more
One person found this helpful
Helpful
Report abuse

Chelsey McQuitty
4.0 out of 5 stars A raunchy tale of sexuality
Reviewed in the United States on June 24, 2017
Verified Purchase
The author of this book “believes that sex is wonderful in all of its incarnations and doesn’t shy away from graphic descriptions of realistic sexual experiences, no matter how messy.” As a manifesto this is pretty accurate so don’t read it if you have any hang-ups yourself. I am always fascinated by the sheer breadth and range of human sexuality, one man’s fetish is another man’s phobia. I found the part of the book when Kelly was learning to become a professional dominatrix absolutely fascinating, eye-opening and occasionally eye-watering! However, I had a real problem with the first part of the book when Kelly decides her parents must be punished because her father has been unfaithful. It strains credulity when even the lover agrees to be disciplined. There are some things that are taboos and rightly so – touching your own father’s penis is one of these.
Read more
One person found this helpful
Helpful
Report abuse
See all reviews
Back to top
Get to Know Us
Make Money with Us
Amazon Payment Products
Let Us Help You
EnglishChoose a language for shopping. United StatesChoose a country/region for shopping.
© 1996-2021, Amazon.com, Inc. or its affiliates