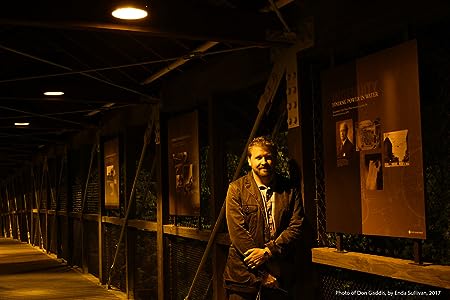 But more than anything, he also loves to draw and write.

His artwork and writing are included in gay themed publications from the likes of Bruno Gmunder and Chelsea Station Magazine. In 2009, a few of his art pieces were acquired for the archival collection of the Leslie-Lohman Museum of Gay and Lesbian Art in New York.

He resides near Atlanta, Georgia, where he can often be found conspiring with fellow artists, nerds, geeks, and night creatures. 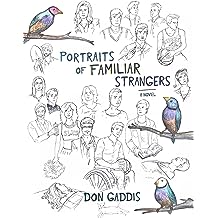 Portraits of Familiar Strangers Jan 1, 2018
by Don Gaddis
( 3 )
$6.99
Patrick Whidby faces the ultimate midlife crisis … cancer. As illness takes its toll on his teaching career and marriage, he must choose whether or not to accept help from those who have often brought him more grief than happiness. The experience brings him closer to his son, Sean, a lost and dispirited gay teenager.

In addition to Patrick and Sean, Portraits of Familiar Strangers offers an ensemble cast of misplaced millennials. The inhabitants of Flowery Grove include a heart-of-gold mortician, a lovelorn transgender woman, and a crippled basketball player, each struggling to endure the hardships of America’s Bible Belt. 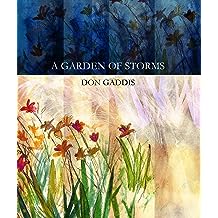 A Garden of Storms Aug 4, 2017
by Don Gaddis
( 1 )
$4.99
Written and illustrated by Don Gaddis, this fine art poetry collection highlights the life experiences of a young gay artist who often finds himself at odds with the religious and social injustices of the modern Bible Belt.

Whether lounging poolside with a beautiful yet handicapped Texan man, leaving a nightclub in the wee small hours of the morning without hope of meeting someone, or coming to terms with the death of his grandmother, the author takes the reader on a candid journey. 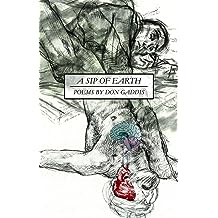 A Sip of Earth Aug 1, 2017
by Don Gaddis
( 1 )
$3.99
A Sip of Earth collects twenty-four early poems by Don Gaddis, a young gay artist and writer based in the modern South. Whether written from another individual’s point of view or from his own, the poems are honest and heartfelt. Subject matter ranges from the death of a parent and depression to the loneliness of a free spirited gay youth within a small conservative town. The selections are arranged in three groupings: Strange Birds, Rabbit’s Persona, and Beasts of Burden.

Strange Birds includes poems which are told from another person’s perspective. Struggle and loss provide the binding threads, whether entering the mindset of a desperate fugitive or sharing a day in the life of a homeless woman as she finds brief solace and joy during a parade in the city.

Rabbit’s Persona shifts the point of view to that of the author. Autobiographical in nature, we follow a “rabbit” in search of the ability to forgive and partake in the frustrations that stem from an artist’s secret love for his friend.

A third set of poems, Beasts of Burden, brings the reader fully into the macabre realm of the Southern Gothic, where vain ghosts and abandoned farmhouses forever haunt the living.