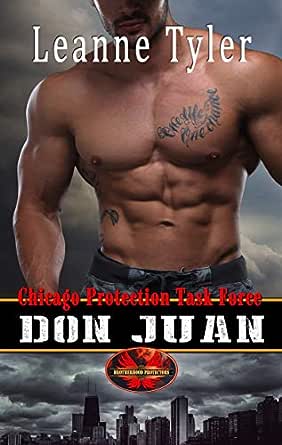 You've subscribed to Chicago Protection Task Force! We will preorder your items within 24 hours of when they become available. When new books are released, we'll charge your default payment method for the lowest price available during the pre-order period.
Update your device or payment method, cancel individual pre-orders or your subscription at
Your Memberships & Subscriptions 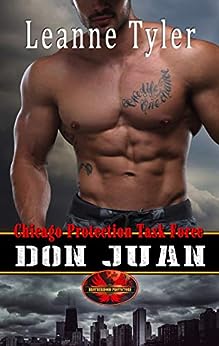 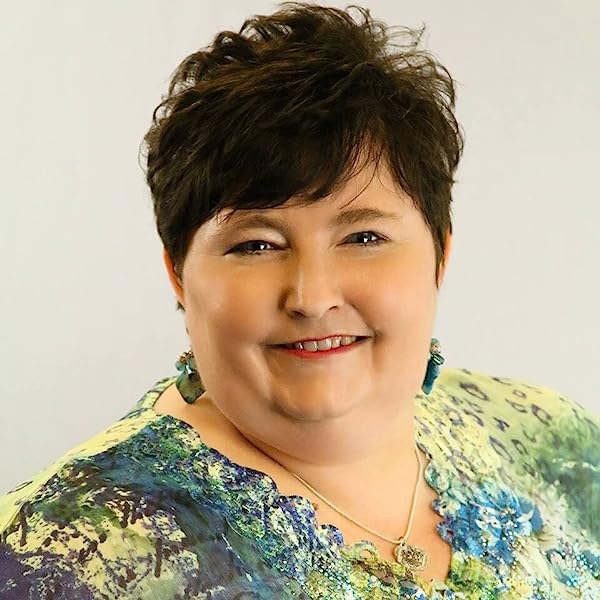 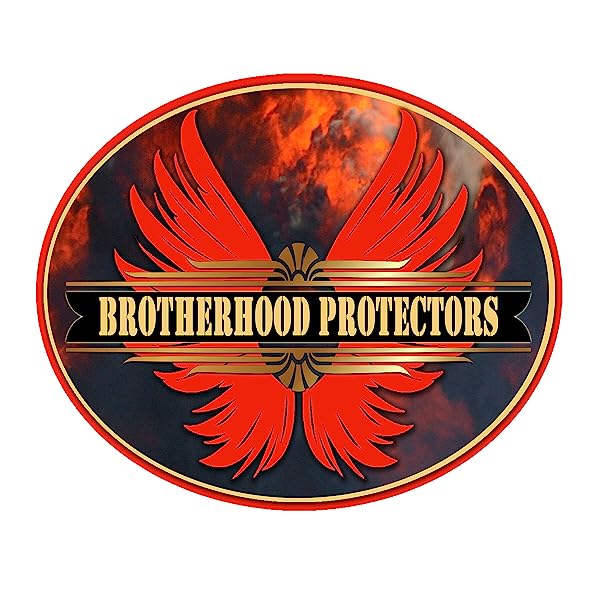 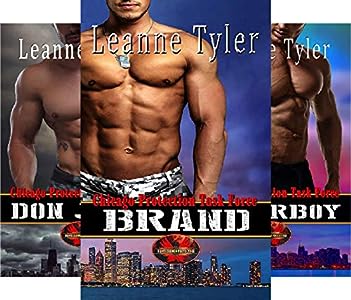 Kindle Customer
5.0 out of 5 stars Don Juan: Brotherhood Protectors World (Chicago Protection Task Force Book 2)
Reviewed in the United States on September 4, 2019
Verified Purchase
Another wonderful story of the men of the protector world. Between protecting women and falling in love, they are busy and entertaining.
Read more
One person found this helpful
Helpful
Report abuse

P. Blevins
5.0 out of 5 stars loved it
Reviewed in the United States on February 9, 2020
Don Juan: Brotherhood Protectors World: Chicago Protection Task Force Book 2 is by Leanne Tyler. This book is even better than the first one, although the first couple of chapters are exactly the same as Carly and Simone experienced the same thing at the night club. It was only when they were assigned different bodyguards that their stories diverged. Of course, they were a little different since they were from different points of view.
Simone was keeping something from Liam or Don Juan when she talked to him at the nightclub. She kept her visit to Washington, D.C. and her search for her father from him. However, she had told no one about her search so he wasn’t any different. She had gone to see a client but spend what time she could trying to track down her Father. He had been missing for three weeks which was unusual. He was gone a lot; but at least his secretary knew where he was. This time, she did not. She was waiting for her boss to call and be upset because the client was probably very upset too.
After Simone had gone to the hospital to see Colleen, she finally got the call from her boss. However, when she explained things, he was a little more understanding. He arranged for her to return to DC to talk to the client and she promised to give them her full attention. Don Juan went with her, of course, only while she went to visit the client, he worked on tracking down her Father. Then, both Simone and her Mother and Stepfather received ransom videos. The stakes are higher and time is short.
Would he have any more luck than she had? Would she give the clients her full attention while in DC?
Read more
2 people found this helpful
Helpful
Report abuse

D & R fm VA
2.0 out of 5 stars copy & Paste from book 1
Reviewed in the United States on August 26, 2019
I read Brand, book 1, so was thrilled to see book 2 come out, but the first HALF is just a copy/paste from Brand. Its the same story about the shooting in the bar, but this time is from Don Juan's protective detail, the only added part was on her missing father. If all of the 4 books will have the same recap on the bar shooting, its a waste of half a book each time. This is just lazy on the part of the author, if she has to recap, use the first chapter then move on to the story.
Read more
One person found this helpful
Helpful
Report abuse

gpearson
5.0 out of 5 stars Taming Simone
Reviewed in the United States on June 23, 2020
Liam worked for Hank after his injury sidelined him. Now he is looking at working for a task force in Chicago .
While out with her friends, the bar she is ar is robbed and she had a gun pointed at her. Now she has protection.
Liam is in charge of protecting Simone. This is quite a challenge. She tests him at every chance. They are in DC for business but this is where her father disappeared from.
Liam calls Hank for help just in case. Simone goes missing. Will they find her in time?
Will Liam take Simone?
Read more
Helpful
Report abuse

Iris Hehe
5.0 out of 5 stars Good read
Reviewed in the United States on April 18, 2020
Simone met Liam just after a gang member try to shoot her. Liam was going to be her bodyguard until the could be sure she was out of danger. She was worried about her father, who had been missing for a couple weeks. He boss sent her to Washington D C. While there she wanted to try and locate her father.
Read more
One person found this helpful
Helpful
Report abuse

HappyLady
5.0 out of 5 stars HIGHLY RECOMMENDED THRILLER
Reviewed in the United States on September 30, 2019
A very fascinating and entertaining story full of suspense and intrigue. Great characters and loaded with ongoing action. Since this story is about several women who witness a robbery and murder while celebrating at a local bar. Once the police investigate, they are each assigned a bodyguard through Brotherhood Protectors. A great thriller, mostly centering on one of the women, but also great potential for followup adventures for the rest of these women.
Read more
One person found this helpful
Helpful
Report abuse

Kindle Customer
5.0 out of 5 stars Don Jaun
Reviewed in the United States on October 19, 2020
Simone and her friends went to the Pied Piper bar for a girls night out when three gang members come into the bar at closing time and one of them points a gun at Simone and pulls the trigger. He laughs when no bullet is fired and she screams. The bartender Phil is killed during the robbery and each of the girls are assigned a bodyguard. Don Jaun is assigned to watch Simone and the sparks start to fly right away.
Read more
Helpful
Report abuse

katyjane
5.0 out of 5 stars Lots of Trouble!
Reviewed in the United States on January 19, 2020
Don Juan: Fantastic writing! Loved the surprises and suspense throughout the book! Loved all the characters and the heat between the men and women. Loved how Simone work do well together. Lived it!
Read more
One person found this helpful
Helpful
Report abuse
See all reviews