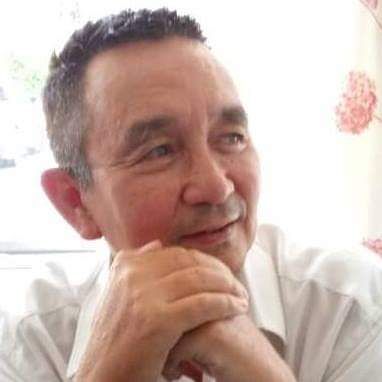 Don Peter is an author, who was born in Sandakan, Sabah, Malaysia in 1961. Don’s father brought his family to Kota Kinabalu in 1966, where he received his early education here. A nature lover, Don loved to travel around Borneo, the third-largest island in the world. His concern with the environment inspired him to write his first romance-thriller novel, The Eurasians. Don is also fascinated with history and religion. Don Peter’s career spanned from becoming a librarian in his early days to venturing into landscaping and construction in his later years. His interests and experiences as a businessman shaped his novel genre. Currently, he is residing in Kota Kinabalu, Malaysia. 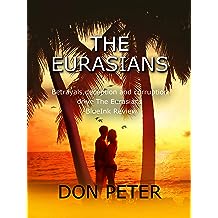 The Eurasians May 28, 2020
by Don Peter
$2.99
Aaron Johnson, a Royal Air Force pilot, was on a mission to Borneo during the Indonesian Confrontation in 1964. He never intended to stay in this wilderness. After meeting a young Asian girl, he fell in love with her, changed his mind, and decided to stay permanently. Decades later, William Stewart, a lawyer turned lobbyist, fell in love with Aaron's daughter, Theresa. Truth and honesty were the foundation for both Aaron and William. However, when they faced betrayal and deception, both felt devastated. Time and time again, they tried to patch up their love life. Aaron and William had a surprise that changed their future forever. Caught and gripped by the Borneo Island's cultural, corruption, and environmental issues, both Aaron and William balanced their raging love stories in the LAND BELOW THE WIND.
Read more