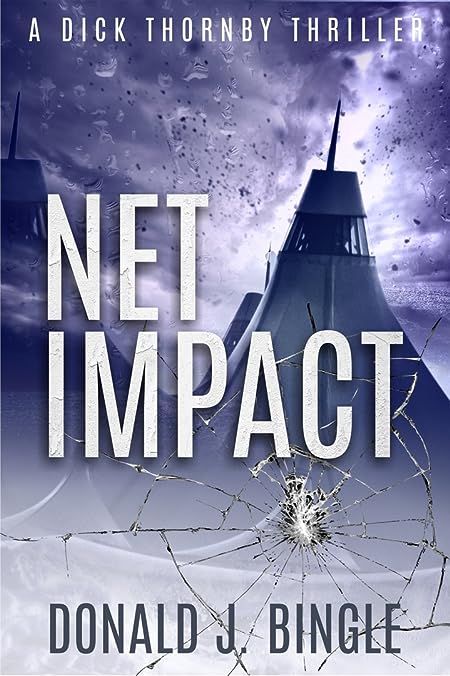 Author of Frame Shop, a mystery thriller set in a suburban writers' group, Net Impact, Wet Work, and Flash Drive, a series of spy thrillers which incorporate real-world conspiracy theories, GREENSWORD, a dark comedy about global warming, and Forced Conversion, a military science fiction novel set in the near future. Co-author of The Love-Haight Case Files, Books 1 and 2, paranormal legal thrillers about lawyers protecting the rights of supernatural creatures in a magic-filled San Francisco. Edited the ghost anthology, Familiar Spirits. Also author of a variety of short fiction in the science fiction, fantasy, thriller, horror, mystery, steampunk, romance, and comedy genres, including stories in the Dragonlance and Transformers universes and in a variety of DAW themed anthologies.

See my writing and gaming resumes at www.donaldjbingle.com., including a listing of about fifty anthologies in which I have stories. Some of my previously published stories have been collected by theme in my Writer on Demand TM series and published on Kindle, including Tales of Gamers and Gaming, Tales of Humorous Horror, Tales Out of Time, Grim, Fair e-Tales, Tales of an Altered Past Powered by Romance, Horror, and Steam, Not-So-Heroic Fantasy, and Shadow Realities. My award-winning short memoir, Father's Day, is also available on Kindle, as is Gentlemanly Horrors of Mine Alone, the ninth story in Mike Stackpole's Chain Story Project.

I also have a series of humorous critiques (Season's Critiquings; Merry Mark-Up, Holiday Workshopping, and Santa Clauses and Phrases) of Christmas classics which writers, aspiring authors, and NaNoWriMo participants will find especially amusing. 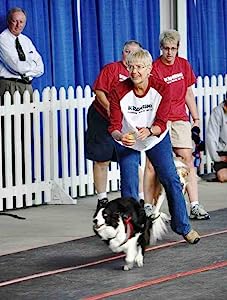 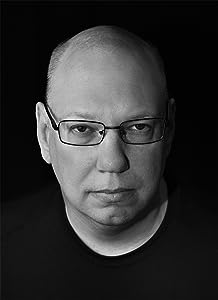 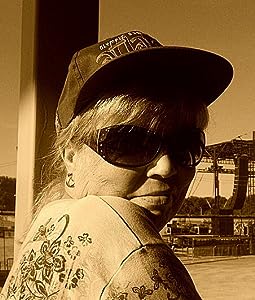 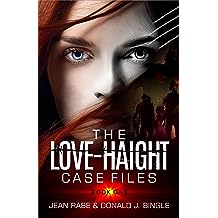 Supernatural beings are willing to fight for their legal rights!

Since the Summer of Love, the Haight-Ashbury district of San Francisco has been known for attracting weird and unconventional souls, but things got even stranger when the monsters moved in.

Magic has returned to the world and with it a host of supernatural creatures—not just vampires and ghosts, but sentient gargoyles, ghouls, sprites, faeries, and more. The frightened citizenry, holier-than-thou bigots, headline-seeking reporters, and harried police refer to them as OTs (Other-Than-Humans), but Thomas Brock and Evelyn Love believe even supernatural creatures have legal rights.

Delve into their case files for a genre-bending mix of mystery, horror, suspense, thrills, courtroom drama, and romance. The city’s OT element is sometimes malevolent, sometimes misunderstood, and often discriminated against. Brock and Love represent them all, dead, undead, or alive—whatever the case, whatever the species. 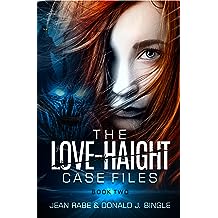 With the return of magic to the world, how will the law evolve?

Perfect for fans of Urban Fantasy, Evelyn Love and Thomas Brock love the Haight-Ashbury district of San Francisco, love the law, love representing the rights of supernatural OTs (Other-Than-Humans) who accompanied the return of magic to the world, and just might love each other, even though Thomas is a ghost.

But with discrimination against OTs on the rise and the entire law office staff living under threat of death or worse, the cases are darker, the mysteries are murkier, the clients are more desperate, the stakes are higher, and the parallels to the real world are even more compelling.

Book 2 of The Love-Haight Case Files tells four new, stand-alone tales of mystery, horror, suspense, action, and romance in a legal procedural/urban fantasy where love and danger both flourish in unexpected ways. 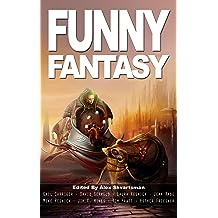 “Dave the Mighty Steel-Thewed Avenger” by Laura Resnick
“Crumbs” by Esther Friesner
“Fellow Traveler” by Donald J. Bingle
“A Fish Story” by Sarah Totton
“Another End of the Empire” by Tim Pratt
“Giantkiller” by G. Scott Huggins
“A Mild Case of Death” by David Gerrold
“Fairy Debt” by Gail Carriger
“A Very Special Girl” by Mike Resnick
“The Blue Corpse Corps” by Jim C. Hines
“Librarians in the Branch Library of Babel” by Shaenon K. Garrity
“The Queens Reason” by Richard Parks
“The Best Little Cleaning Robot in All of Faerie” by Susan Jane Bigelow
“Suede This Time” by Jean Rabe 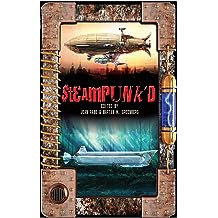 Steampunk'd Nov 2, 2010
by Jean Rabe, Martin H. Greenberg
( 10 )
$7.99
Steampunk can be defined as a subgenre of science fiction that is typically set in an anachronistic Victorian or quasi-Victorian setting, where steam power is prevalent. Consider the slogan: "What the past would look like if the future had come along earlier." The stories in this all-original anthology explore alternate timelines and have been set all over the world, running the gamut from science fiction to mystery to horror to a melding of these genres.
Read more
Other Formats: Mass Market Paperback 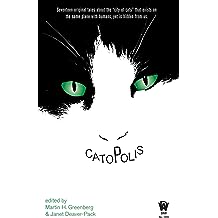 Set in a world that exists on the same plane as humans, yet is hidden from us, Catopolis introduces readers to an assortment of cats, ranging from a feline Seer who must take destiny into her own paws to defeat a dictatorial tomcat thug...to a black cat who can call upon the powers of the ?big cats? to wage a war against evil...to a cat who would be king...to the ins and outs of cat politics and the perils of using mice as ballots...to a cat burglar looking for a musical treasure for his ?boss.?
Read more
Other Formats: Mass Market Paperback 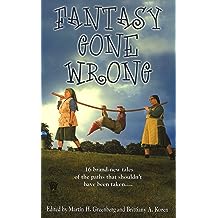 Fantasy Gone Wrong Sep 5, 2006
by Martin H. Greenberg, Brittiany A. Koren
( 9 )
$6.99
Everyone knows that heroes should triumph, dragons should be slain, and maidens should be rescued. But what if things don't go according to plan?

Here are 16 fun tales of magic gone awry - from an author whose unicorn protagonist takes control of the story to a person who can hear food talking with strange events and surprising consequences in between.
Read more
Other Formats: Paperback , Mass Market Paperback 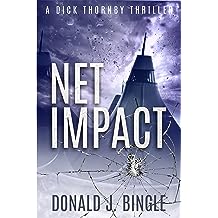 In his rough and tumble job there are no tailored Italian suits, no bimbos eager to please, and no massive underground fortresses built by evil overlords seeking world domination—just an endless series of sinister threats to the safety and security of the billions of mundane citizens of the planet. Sure, Dick's tough and he knows a few tricks to help him get out of a tight spot, even if his boss accuses him of over-reliance on explosives. But he's also got a mortgage, a wife upset by his frequent absences on "business" trips, and an increasingly alienated teen-age son who spends way too much time playing in gaming worlds on the computer.

When a mission to bust up an arms exchange in New Zealand goes spectacularly bad, Dick is thrown into a maze of conflict involving Hong Kong arms dealers, cyber-criminals, Chinese government goons, and even militant Maoris. When a young computer expert back at the Philadelphia headquarters for The Subsidiary, an international espionage agency created in the aftermath of 9/11, discovers that the bad guys are involved in a vast conspiracy. Dick is forced to partner with the espionage neophyte to battle evil on multiple fronts, leading to a final confrontation that incorporates real-world conspiracy theories and cutting-edge technology.

In the end, Dick can save his partner, save his marriage, save his son, or save the world, but he can't do it all.

Says Spy Guys and Gals: "What a terrific ride ... action, great characters, interesting twists, and enough suspense to make you both hold your breath and turn the page"

Says Game Knight Reviews: "This is a spy novel that intersects with the world of MMORPGs and combines a set of topics I haven’t seen before. It is a bit of The DaVinci Code with some James Bond and a modern virtual reality spin."

Want to continue the action? Look for Wet Work, the next adventure in the Dick Thornby Thriller series by Donald J. Bingle. Flash Drive, the third book in the series, is coming soon. Want more action? Check out the author's other thrillers: Forced Conversion; GREENSWORD; and Frame Shop.
Read more
Other Formats: Audible Audiobook , Paperback 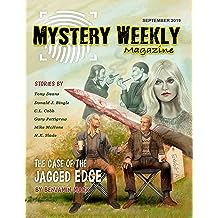 Mystery Weekly Magazine: September 2019 (Mystery Weekly Magazine Issues Book 49) Aug 31, 2019
by Donald Bingle, Tony Deans, Benjamin Mark, C Cobb, Gary Pettigrew, Mike McHone, H Slade, Kerry Carter
( 3 )
$2.99
At the cutting edge of crime fiction, Mystery Weekly Magazine presents original short stories by the world’s best-known and emerging mystery writers.
The stories we feature in our monthly issues span every imaginable subgenre, including cozy, police procedural, noir, whodunit, supernatural, hardboiled, humor, and historical mysteries. Evocative writing and a compelling story are the only certainty.
Get ready to be surprised, challenged, and entertained--whether you enjoy the style of the Golden Age of mystery (e.g., Agatha Christie, Arthur Conan Doyle), the glorious pulp digests of the early twentieth century (e.g., Dashiell Hammett, Raymond Chandler), or contemporary masters of mystery.
In this issue:
Stories filled with tricksters, femme fatales, dirty dealers, greedy relatives and slippery suspects.
In our cover feature, Bartholomew Blunt and Samuel Sharpe team up in the first of what they hope will be a series of adventures, “The Case Of The Jagged Edge” by Benjamin Mark.
In “The Dirtman” by Tony Deans, Johnny Turner is a world class dirtman. However when a mobster twists his arm into working for him, Johnny finds himself in a world of dirty cops, gunmen and psychotic criminals. This time he may have bitten off more than he can chew.
“Mutatis Mutandis” by Donald J. Bingle is a gold fever adventure that proves having more than you need does not preclude wanting more and risking all.
In “Within An Heir’s Breath Of Death” by C. L. Cobb, a down-in-her-luck addict attends the deathbed of her errant uncle–and learns there is more to dying than death. Sometimes much more.
In “Foot Chase” by H.K. Slade, brand-new deputy Josh Tumblewhite had no idea when he made a routine traffic stop that he was going to be interrupting a human trafficking case. When the suspect takes off running, the rookie will have to use his brains as well as his feet to catch him.
In “Stumped” by Gary Pettigrew a well-meaning, newly-appointed village policeman stumbles though a cosy English mystery set in the 1920s.
The body of a former colleague is discovered in the aftermath of a car fire in Mike McHone’s “Burn” and it's up to Detective Molly Fetterly to find the killer. But will the suspects confess to every aspect of the crime, or is Molly chasing smoke? 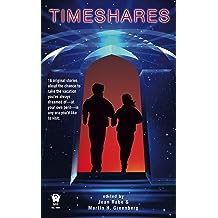 Take a vacation through time with the help of a Time Travel Agency offering excursions into the past and future. Readers will find themselves in exotic, adventurous locales-and in all manner of trouble and mysteries. And figures from the past will be able to squeak by the other way.

Picture Cleopatra in modern-day New York City, or Hannibal searching for elephants at Wisconsin's Circus World. And that's just the beginning of the thrills and danger...
Read more
Other Formats: Mass Market Paperback 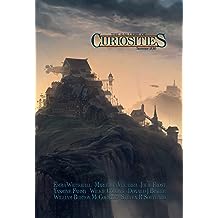 The Rat and the Frog by Emma Whitehall
Doc Borden's Hard-Luck Hoss by Julie Frost
The Steam Elephant by Steven R. Southard
Gentlemanly Horrors of Mine Alone by Donald J. Bingle
Kutsenko's Cage by William Burton McCormick
Waterproof by Marcelina Vizcarra
Customer Service of the Priesthood of Thikra, Destroyer of Worlds and Creator of Light by Yasmine Fahmy
The Traveler's Story of a Terribly Strange Bed by Wilkie Collins 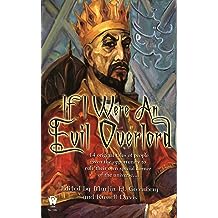 Today's finest fantasy authors have delivered fourteen tales that run the gamut from humorous to serious, fantasy to science fiction. Certain to appeal to role-playing gamers, fantasy lovers, and megalomaniacs who want to rule the world.
Read more
Other Formats: Mass Market Paperback 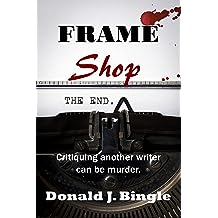