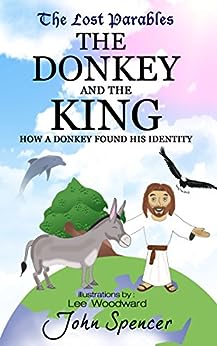 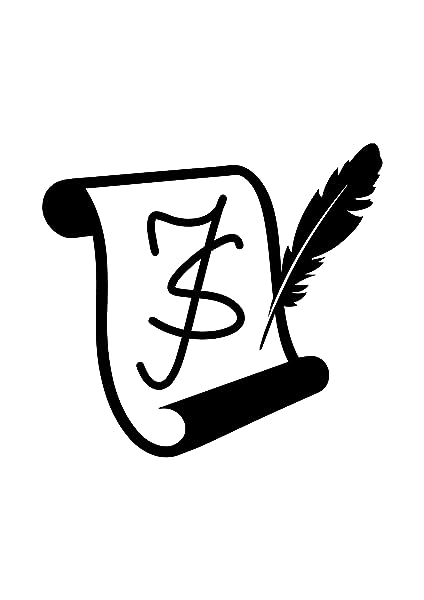 The Donkey and the King: How a Donkey Found his Identity (The Lost Parables) Kindle Edition

by John Spencer (Author), Lee Woodward (Illustrator) Format: Kindle Edition
See all formats and editions
Sorry, there was a problem loading this page. Try again.
A donkey carries Jesus into Jerusalem but gets confused about who the crowd is cheering for.
An allegorical tale about following Jesus and our true worth.
Read more
Previous page
Next page

This story was inspired by the following paragraph in Mattheus van der Steen's book "Dare to Dream":

"Sometimes it seems like many Christians want to ride on the donkey, and they behave as if they are the king instead of Jesus.  God is looking for an army of donkeys who simply want to carry His glory."

John is a child of God, a husband and a father of six children (four on earth and two in heaven).  He trained as a teacher at Oxford University, but despite this he still refers to himself in the third person.  He has used stories and his quirky humour to open people's eyes in more than 20 years of children's work.

He wrote some online Sunday school resources and was shocked to discover that more than 30,000 visitors have stumbled upon them.  This made him think that maybe his stories and other resources could be used to bless people and help them on their spiritual journeys.

He lives with his family near Oxford in England where he wonders how his wife still finds the same jokes funny after nearly 20 years of marriage.

John trained as a teacher at Oxford University, but despite this he still refers to himself in the third person.

John lives with his family near Oxford, England where daily he wonders how his wife still finds the same jokes funny after more than 20 years of marriage.

james
5.0 out of 5 stars Highly recommended
Reviewed in the United States 🇺🇸 on February 21, 2018
Verified Purchase
When I was a child, I struggled with my identity in Christ, and so often felt that I needed to earn his love for me. In this delightful children’s book, told from the perspective of the donkey that Jesus rode, the message is loud and clear that Jesus does not love us based on the things we do or how important we are to others; rather, we are loved and chosen simply because we are his children, and we need do nothing to earn that gracious love.
Read more
Helpful
Report abuse

Jonathan Brenneman
5.0 out of 5 stars I really enjoyed this short story
Reviewed in the United States 🇺🇸 on December 14, 2016
Verified Purchase
I really enjoyed this short story, and I'm looking forward to more to come. Although it's a children's story, it also contains a powerful message for adults about performance, pride, and receiving God's unconditional love. It reminds me of what I've often heard Randy Clark say, "I'm just the donkey that Jesus rides in on..." I appreciate the discussion questions for children and adults at the end.
Read more
One person found this helpful
Helpful
Report abuse

Jerice
5.0 out of 5 stars Powerful Little Book
Reviewed in the United States 🇺🇸 on December 19, 2016
The Donkey and the King: How a Donkey Found His Identity is a simple yet powerful little book! Like the parables of the Bible, John Spencer shares the Little Donkey's story and life lessons learned. The illustrations showed up well on my Kindle. I really thought the "questions and thoughts" for children at the end of the book were as powerful (if not more so) as the actual story. The author also gives additional resources for adults. Just waiting on the grandchildren to visit...
Read more
Helpful
Report abuse

June Cleavers
4.0 out of 5 stars Chosen for bedtime story
Reviewed in the United States 🇺🇸 on March 20, 2017
I like this writer. He weaves a story from scripture with lessons for all. I will read more of his bpoks
Read more
Helpful
Report abuse
See all reviews

Jane
5.0 out of 5 stars Heartwarming story of God's love and truth.
Reviewed in the United Kingdom 🇬🇧 on December 24, 2016
Verified Purchase
This is a delightful and engaging short story aimed at children, combined with beautiful illustrations. It comes complete with a set of questions that can be used by parents or teachers - to encourage children to think about and discuss the truths about our relationship with God which are revealed in the story.
A heartwarming tale full of gentle wisdom.
Read more
One person found this helpful
Report abuse
See all reviews
Report an issue
Does this item contain inappropriate content?
Report
Do you believe that this item violates a copyright?
Report
Does this item contain quality or formatting issues?
Report