Add to Cart
$10.99
& FREE Shipping on eligible orders. Details
Sold by: Amazon.com
Have one to sell?
Sell on Amazon 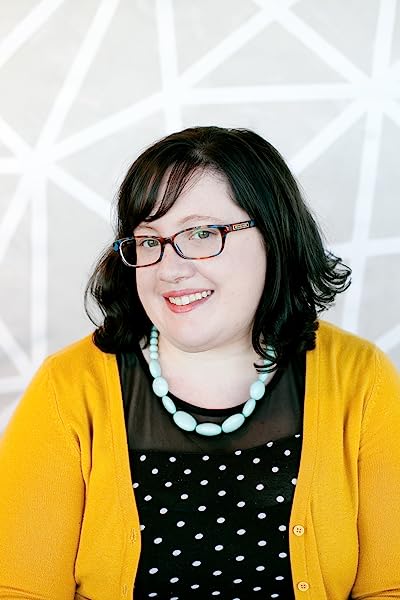 “Empowering . . . deeply resonant . . . With this diverse array of contributors offering a stunning wealth of perspectives on mental health, teens looking for solidarity, comfort, or information will certainly be able to find something that speaks to them. Resources and further reading make this inviting, much-needed resource even richer.”
—Booklist

“Lively, compelling . . . the raw, informal approach to the subject matter will highly appeal to young people who crave understanding and validation . . . This highly readable and vital collection demonstrates the multiplicity of ways that mental health impacts individuals.”
—Kirkus Reviews

“This is a much-needed collection of writing about mental health and the impact it has . . . with mental health stigma unfortunately still being a serious problem, teens really need books like this right now.”
—Cultured Vultures

“The spectrum of voices and stories is wonderful to read. Not only that, but it mixes already published pieces as well as original memoir type stories. (Don’t) Call Me Crazy deals with the power of diagnosis/labels not being the same for everyone, and the inequality in the mental health discussion. It is an anthology that stresses individual experiences, support, and listening. If you want to read more about it, Jensen also includes a reading list. So it leaves you not only with more experience, but a jumping board of where to go next. It is equally hopeful, cathartic, inspiring and real.”
—Utopia State of Mind

Kelly Jensen is an editor for Book Riot and Stacked. She's the editor of the critically acclaimed anthology Here We Are: Feminism For The Real World. She loves black licorice and debating genre. Follow her on Twitter: @veronikellymars.

Start reading (Don't) Call Me Crazy: 33 Voices Start the Conversation a... on your Kindle in under a minute.

4.5 out of 5 stars
4.5 out of 5
73 global ratings
How are ratings calculated?
To calculate the overall star rating and percentage breakdown by star, we don’t use a simple average. Instead, our system considers things like how recent a review is and if the reviewer bought the item on Amazon. It also analyzes reviews to verify trustworthiness.

Steven T. Barham
4.0 out of 5 stars Need understanding? Read this.
Reviewed in the United States on January 18, 2020
Verified Purchase
An eye-opening look from a variety of individuals’ personal perspectives as they live with depression, anxiety, PTSD, and a host of other emotional and mental afflictions. I’m only part way through, but a great resource for additional titles dealing with this type of issue and an amazing source for those suffering or those trying to better understand their loved one’s struggles.
Read more
Helpful
Comment Report abuse

godfree kd
5.0 out of 5 stars A much-need guide to the reality of mental illness
Reviewed in the United States on June 7, 2019
Verified Purchase
Although this volume is marketed toward young adults, it is very helpful for all adults. I identified with all the contributors, each of whom writes eloquently about their struggles with mental illness while breaking stereotypes along the way. Highly recommended for everybody.
Read more
One person found this helpful
Helpful
Comment Report abuse

Beth S.
5.0 out of 5 stars Important Book About Mental Health
Reviewed in the United States on February 6, 2019
Verified Purchase
Kelly Jensen's first anthology about feminism blew me away and was visually stunning. This book about mental health is equally as engaging, visually appealing, and important. Add this to your YA nonfiction collection.
Read more
One person found this helpful
Helpful
Comment Report abuse

misha
5.0 out of 5 stars Versatile read
Reviewed in the United States on August 26, 2020
Verified Purchase
This book was an easy read. Very insightful, Love the variation of stories and writing styles .
Read more
One person found this helpful
Helpful
Comment Report abuse

egrace
5.0 out of 5 stars Important
Reviewed in the United States on November 17, 2019
Verified Purchase
This book was good for me to read.
I have decided to use it and it’s authors to support a professional series using children’s books to talk about neurodiversity and mental illness.
I hope
Read more
Helpful
Comment Report abuse

Amazon Customer
4.0 out of 5 stars A fantastic look at Mental Illness
Reviewed in the United States on May 5, 2020
Verified Purchase
This book is a raw look at what it is like to live with mental illness.I loved it becuase I learned a lot.
Read more
Helpful
Comment Report abuse

Brianna
5.0 out of 5 stars Perfect !!!
Reviewed in the United States on May 6, 2020
Verified Purchase
This book is wonderful, decided to buy it to read a bit more about mental health struggles and overall amazing. no damage to the book arrived in perfect condition !
Read more
Helpful
Comment Report abuse

Destiny B.
5.0 out of 5 stars One of my favorite nonfiction titles of all time.
Reviewed in the United States on February 7, 2019
As someone who struggles with her own mental health, I’ve appreciated the recent uptick in representation in the YA book world—as it’s so necessary and I think it can do so much good, especially for young readers coming to terms with their own mental health—but there are two things I’ve found sorely lacking: nonfiction presented in an interesting and approachable manner from authors that readers already know and love, and representation that reflects even the more marginalized segments of the mental illness community.

With this in mind, you can imagine how ecstatic I was when I learned that (Don’t) Call Me Crazy would fill both of those needs.

The first thing I have to rave about is the wide variety of representations offered in this book. Not only are there authors from so many different backgrounds—queer, trans, bi/multiracial, Latinx, and/or Native, to name a few—but there are so many important diagnoses and topics discussed.

There’s Dior Vargas’ discussion of how hard it is to be a person of color with a mental illness in a society that depicts MI as a “white” issue, S. Jae-Jones’ narrative of what it feels like to be the Manic Pixie Dream Girl, Mike Jung’s relation of autism (and the fact that it is not an illness to be cured, no matter what certain “activism groups” claim)… In fact, I’m just going to include a list at the bottom of this review.

Something else I loved about this collection is that there are so many different viewpoints on healing/coping. There are stories encouraging, others encouraging therapy or meditation, and even one I related very strongly to, where Heidi Heilig discusses feeling like “A Bad Crazy” for choosing not to medicate or to strongly pursue a “cure” for the time being. No writer ever vilifies another path to coping or healing; the general theme is that we do what we need to do in order to survive and pursue peace in life. The finishing piece from s. e. smith, “Call Me Crazy”, even talks about reclaiming slurs and hurtful terms, fighting back against stigmas, and being proud of ourselves—mental illnesses and all.

This may go without saying, but please practice self-care while reading this collection, as there are certainly quite a few triggering topics. There are discussions of sexual assault, abusive family members, eating disorders, hospitalizations, self-harm (including the comic by Yumi Sakugawa, which depicts a cartoonish character harming themselves), transphobia, racism, sexism, suicidal ideation, attempted suicide, ableism, and more.

Finally, I just wanted to share a few of my stand-out favorites and the ones that meant the most to me on a personal note:

→ Ashley Holstrom’s thoroughness in branching off from a discussion of trich to describe its sister illness, dermatillomania, which I have dealt with literally as long as I can remember and have never seen depicted in a book, nonfiction or otherwise.

→ S. Jae-Jones’ commentary on how the romanticization of mental illness in women causes an environment that is not conducive to women seeking and receiving the help they need.

→ Heidi Heilig’s admittance that she considers herself “A Bad Crazy” for not seeking out a cure or treatment for her mental illness—I think a lot of people will be able to relate to this.

→ Amy Reed’s story of her struggles with addiction, in which she reminds us that healing is a forever process.

→ Jessica Tremaine’s history of her disordered eating habits and the desperate need for control that they stemmed from.

→ MILCK’s narrative around the combination of anorexia and depression—and just as notably, the underlying message that nothing is stronger than a woman who is brave enough to love herself in a society that tries to tear her down.

→ Emery Lord’s incredibly relatable piece on depression, numbness, and the general lack of desire to exist—I literally feel like Emery Lord and I are mental illness soul sisters after reading this, and I cried, a lot, because talk about feeling seen.

→ Victoria Schwab’s explanation for why she stays so busy. Her reasoning is precisely the same as my own need to constantly be doing something, even if it’s at the risk of “being present”—and her struggles with obsessive thoughts even began in the same way that mine did, by revolving around an all-consuming fear of losing her parents as a child. From another kid who grew up compulsively listening for the sounds of my parents continuing to breathe while they slept, I see you, Victoria. ♥

Those are just a few of the gems in this collection, though, and I think there is honestly something in this book for everyone and anyone who has any experience with mental illnesses of their own. I cannot recommend this collection highly enough, and hope that it will become a staple item in teen libraries everywhere. Between the stories of hope and healing, the resources offered, and even the uplifting comics and fun lists of movies and books with healthy rep, this is a fantastic resource and one that I will be recommending to friends and loved ones for years to come.

NOTE: I took notes while reading, but apologize if I missed anything represented in any specific stories. I opted not to include the authors’ races or sexual/gender identities in most of these because I wasn’t familiar with all of the authors and did not want to make any assumptions or out anyone without their consent.
Read more

Page 1 of 1 Start overPage 1 of 1
This shopping feature will continue to load items when the Enter key is pressed. In order to navigate out of this carousel please use your heading shortcut key to navigate to the next or previous heading.
Back
Next
Pages with related products. See and discover other items: Best crazies for me