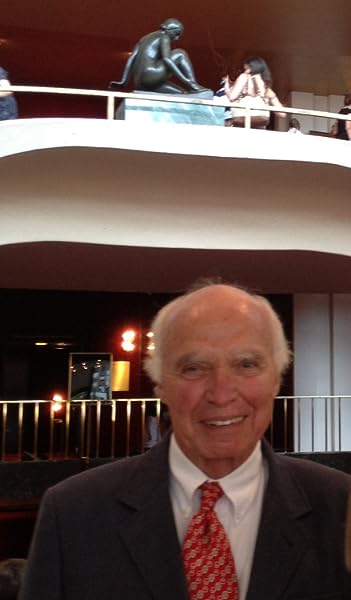 by Matthew T. Connolly (Author)
3.7 out of 5 stars 13 ratings
See all formats and editions
Sorry, there was a problem loading this page. Try again.

The FBI assigned Special Agent John Connolly the job of handling top echelon informants James "Whitey" Bulger and Stephen Flemmi, the two leaders of a vicious criminal gang. All the hierarchy of the FBI knew these evil men. When the public learned the FBI had partnered with them for up to twenty years a huge uproar occurred. The FBI became fearful and highly embarrassed. It turned on Connolly saying he was a rogue agent. This is the story of his trial and the events surrounding it. All the evidence is here. You decide the truth!
Read more
Previous page
Next page

As a former career prosecutor who had constantly done wiretaps investigating the illegal gambling empire of Whitey Bulger I attended federal racketeering trial of FBI Agent John Connolly in 2002 trying to learn more about what was behind the federal RICO indictment of Massachusetts State Trooper John Naimovich for racketeering. Naimovich had worked with me on these gambling investigations and was in the middle of of such an investigation when the feds arrested him.

I had been subpoenaed to testify for Naimovich. He was acquitted. He had been investigated by the FBI team on which Connolly was a member. The Connolly case presented a situation of the FBI against FBI so it seemed a great chance to look behind the FBI's wall of secrecy to uncover the reasons for Naimovich's prosecution. It was not to be. Neither side touched upon the subject.

I did however come away with a greater understanding of the FBI and the events surrounding James "Whitey" Bulger the master criminal. I wrote my book, "Don't Embarrass The Family" to show John Connolly was hung out to dry by the FBI to cover-up its tawdry relations with murderers. I sat on it for ten years. When Whitey was arrested in 2011 I followed the media reports of his life and discovered many were plainly wrong. That motivated me to publish my book in 2012.

Since then I have followed the Whitey Bulger case closely. I have done this publicly since June 2012 setting out the happenings in the case and other matters relating to Whitey and the criminal justice system in my blog:

Anyone with interest in knowing what is really happening in this area can learn all that is necessary to know about this matter by reading that blog. Whitey's trial is scheduled to come up in June, 2013.

Ted Connolly
5.0 out of 5 stars Fantastic Insight
Reviewed in the United States 🇺🇸 on December 15, 2012
Verified Purchase
I have read a number of books on the Irish mob and Whitey Bulger in particular. Many are good, but none actually analyze all the myths and stories that have been thrown around for years. This book uses a trial of an FBI agent to paint the most vivid picture of how the Mob and FBI have operated in Boston- hiding their connections from the other law enforcement agencies. IT is amazing what was uncovered in the trial of a life-long FBI agent who was put away based on testimony of convicted murderers. A worthwhile and intriguing read for anyone interested in knowing the true story behind the Irish mob, Whitey Bulger, and how people actually get away with murder.
Read more
10 people found this helpful
Helpful
Report abuse

J. C. Whitaker
3.0 out of 5 stars A lot of good information but it is mostly buried.
Reviewed in the United States 🇺🇸 on July 18, 2013
Verified Purchase
I like the book but it is a little hard to read the way it is structured. It is mostly testimony with a little background thrown in. I think that I have been able to make up my mind about the case from some of the details. I can't tell where the author is glossing over something or when he is skewering someone.
Read more
3 people found this helpful
Helpful
Report abuse

Ex-FBI wife
4.0 out of 5 stars Worth reading
Reviewed in the United States 🇺🇸 on November 28, 2013
Verified Purchase
Well written by a knowledgeable prosecutor with good factual background. Interesting insights and personal observations. Connolly (no relation) knows the territory, although he has his own perspectives.
Read more
4 people found this helpful
Helpful
Report abuse

Tommill
5.0 out of 5 stars Finally the truth
Reviewed in the United States 🇺🇸 on December 28, 2012
Verified Purchase
I am a retired Boston police officer who grew up in South Boston and I have known John Connolly since we were kids. I have long felt that John was a scapegoat in the F.B.I bureaucracy and Matt Connolly has proven it to be so. A well researched and well written story by a knowledgeable writer. Thoroughly enjoyed the read.
Read more
9 people found this helpful
Helpful
Report abuse

RockNook
5.0 out of 5 stars Five Stars
Reviewed in the United States 🇺🇸 on May 16, 2016
Verified Purchase
One of the Best books about Boston,
Read more
One person found this helpful
Helpful
Report abuse
See all reviews