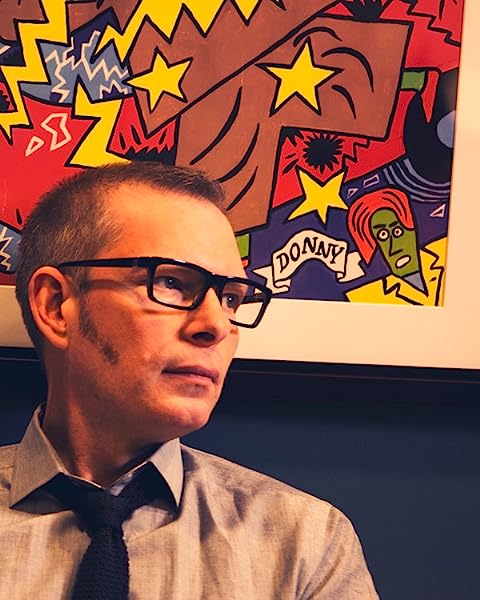 “For those eager to understand the clear-thinking that informs libertarian philosophy, Kibbe’s book is an excellent choice. ... Kibbe’s goal is to revive the libertarianism that clearly animated our founding fathers. ... [An] excellent book.” (Forbes)

Do you believe in the freedom of individuals to determine their own future and solve problems cooperatively?

And yet it seems like, more and more, the decisions Washington makes about what to do for us, or to us, or even against us, are having an increasingly adverse impact on our lives. Young people can't find jobs, millions of Americans are losing the health care plans they were promised they could keep, and every one of us is somehow being targeted, monitored, snooped on, conscripted, induced, taxed, subsidized, regulated, or otherwise manipulated by someone else's agenda, based on someone else's decisions made in some secret meeting or closed-door legislative deal.

Our government is out of control. But setting things right again requires that you step up and take your freedom back.

From Matt Kibbe, the influential leader of FreedomWorks, Don't Hurt People and Don't Take Their Stuff is the first true manifesto of a new libertarian grassroots movement. As political powermongers and crony corporatists in Washington continue to consolidate their control and infringe on our most fundamental liberties, Kibbe makes the libertarian case for freer people, more voluntary cooperation, and solving problems from the bottom up. He calls out the tyranny of faceless bureaucrats with too much power and discretion, laying out a clear road map for restoring liberty. A witty yet piercing critique of government's expanding control over you and your future, Don't Hurt People and Don't Take Their Stuff is a vital read for all those who cherish personal liberty and the unalienable right to choose your own path in life.

Matt Kibbe is the president and CEO of FreedomWorks, a national grassroots organization that serves citizens in their fight for more individual freedom and less government control. An economist by training, Kibbe is a well-respected policy expert, bestselling author, and a regular guest on CNN, Fox News, The Blaze TV, and MSNBC. He also serves as Distinguished Senior Fellow at the Austrian Economic Center in Vienna, Austria. Kibbe is author of the national bestseller Hostile Takeover: Resisting Centralized Government's Stranglehold on America (2012) and coauthor of Give Us Liberty: A Tea Party Manifesto (2010). Terry, his awesome wife of twenty-seven years, takes no responsibility for his many mistakes or frequent embarrassments.

Start reading Don't Hurt People and Don't Take Their Stuff on your Kindle in under a minute.

4.7 out of 5 stars
4.7 out of 5
227 global ratings
How are ratings calculated?
To calculate the overall star rating and percentage breakdown by star, we don’t use a simple average. Instead, our system considers things like how recent a review is and if the reviewer bought the item on Amazon. It also analyzes reviews to verify trustworthiness.
Top reviews

The back cover of Kibbe’s book gives his “six rules of liberty” which he expands on in his book.

1. Don’t hurt people. Free people just want to be left alone, not hassled or harmed by someone else’s agenda or designs on their life and property.

2. Don’t take people’s stuff. America’s founders fought to ensure property rights and our individual right to the fruits of our labors.

4. Work for it. For every action there is and equal reaction. Work hard and you’ll be rewarded.

5. Mind your own business. Free people live and let live.

6. Fight the power. Take a stand against corrupt authority.

have a very small federal government – the state government should also be small but larger than the federal. Here, I would put for that, biblically, government exists for two reasons – to protect her citizens and to punish evil. Of course, there can be massive difference in what that all includes based on the person and philosophy that is being employed.

The limited government system that he describes sounds in line with our founding documents and with biblical understandings. However, the desire for power and more power is enticing, so I doubt the massive Republican and Democratic machines will ever subside to levels that show true care for all people.

There is also something of a naiveite about the goodness of human nature which makes Libertarianism even less likely to supplant “the two parties.” Humans, in my understanding, are basically evil – basically self-centered.

That being said, I would continue to argue for a “secular” state which does not interfere with the practice of my religion. Thus, I can accept that the state allows for the marriage of practicing homosexuals, for example, while, by virtue of my religion (not to mention, philosophical integrity), I cannot approve of practicing homosexual unions. Still, I take no action to support or thwart them.

[This review appears on my blog, Amazon.com, and Goodreads.com.]

Matt Kibbe offers a solution. So do a few other other authors. We must get back to our roots. Benjamin Franklin said it best. "We must hang together, or surely, we shall hang separately". We must be united American's to oust our entrenched politicians who are leading the country into chaos, and replace them with strict Constitutionalists. 545 people are responsible for every single problem this country faces, from Obamacare to obesity. The Congress, the Senate, the President and the Supreme Court. None of the rest of us have much of a say.
Read more
6 people found this helpful
Helpful
Comment Report abuse

D. Buxman
VINE VOICE
5.0 out of 5 stars A Modern Libertarian Manifesto
Reviewed in the United States on April 3, 2014
Verified Purchase
If you operate under the premise that either the Democratic or Republican Party represents the best interests of this country or its citizens, you probably shouldn't buy this book. As a libertarian myself, I'm often asked to explain my political philosophy in a short phrase, and I've generally gone with, "More Freedom, Less Government," but this book provides a more detailed approach that is also accessible. Those enamored with the power of the State will trash this book without having read it (see the 1 Star reviews), but it's actually a cogent argument for freedom and individualism as a solution to the problems our country is facing today. It is concise, well-written and engaging. Read it with an open mind and it will be a great use of your time.
Read more
94 people found this helpful
Helpful
Comment Report abuse

D Petersen
3.0 out of 5 stars Rush! Oh Yes! Rush!
Reviewed in the United States on March 5, 2018
Verified Purchase
This is more of a collection of retrospective stories about how the authors habit of listening to Rush (the band) now fits into his political ideology than something you can chew mentally on. Pick up declaration of independents or anything by Nick Gillespie, Matt Welch or, of course, Ron Paul. I didn't expect Murray Rothbard depth but I am not sure who the audience Matt Kibbe was shooting for on this one. I offered it to a friend who was interested in the concepts before I read it myself.... but now I imagine it just confused him.
Read more
3 people found this helpful
Helpful
Comment Report abuse
See all reviews