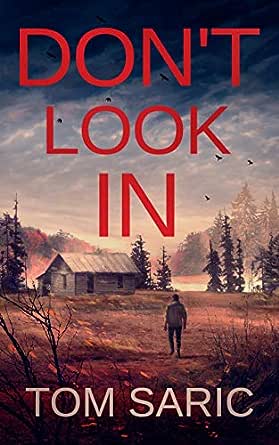 You've subscribed to Gus Young Thrillers! We will preorder your items within 24 hours of when they become available. When new books are released, we'll charge your default payment method for the lowest price available during the pre-order period.
Update your device or payment method, cancel individual pre-orders or your subscription at
Your Memberships & Subscriptions
There was an error. We were unable to process your subscription due to an error. Please refresh and try again. 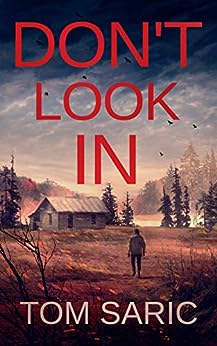 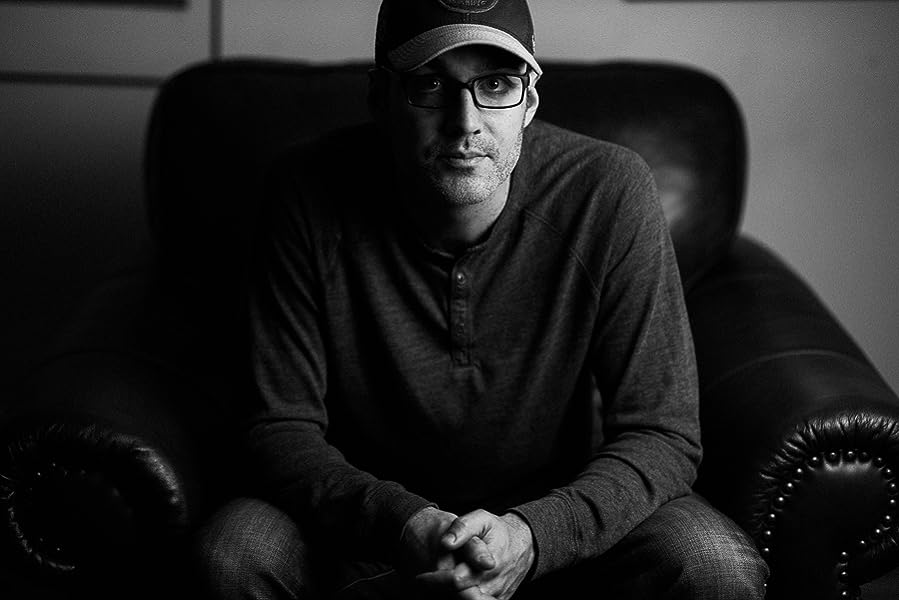 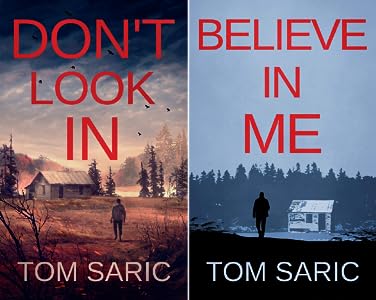 "Saric's new series is strong right out of the gate, with beautiful, atmospheric writing and plenty of twists to keep the pages turning-readers will devour this one and be hungry for more." -LynDee Walker, Amazon Charts bestselling author of Fear No Truth

"...I was holding my breath more than once...a five-star read in my book." -Kimberly Charleston, Books Uplift

Tom Saric is an author from the Canadian prairies. He spent the summers of his youth on the Adriatic coast. During half of the week, he provides treatment to people affected by war. During the other half, he writes thrillers. He also watches hockey, drinks beer, and barbecues a mean beef brisket. --This text refers to the hardcover edition.

4.6 out of 5 stars
4.6 out of 5
38 global ratings
How are ratings calculated?
To calculate the overall star rating and percentage breakdown by star, we don’t use a simple average. Instead, our system considers things like how recent a review is and if the reviewer bought the item on Amazon. It also analyzes reviews to verify trustworthiness.
Top reviews

schmooster
5.0 out of 5 stars A Shrink in a Closet?
Reviewed in the United States on October 16, 2020
Verified Purchase
Has Tom Sarix offered an explanation as to why men spend so much time @ the hardware store?? Who knew there could be a shrink tucked away in a utility closet!? That was the premise that lured me into this thriller & the tightly woven & tangled web within kept me turning pages. I unknowingly found myself a new source fr thriller novels & can't wait to start the next one!
Read more
Helpful
Comment Report abuse

dianeg
5.0 out of 5 stars Gus Young
Reviewed in the United States on October 12, 2020
Verified Purchase
I admit I had a little trouble getting going in this one but I stuck with it and thoroughly enjoyed it and will be ordering the next one.
Read more
Helpful
Comment Report abuse

Ma De
5.0 out of 5 stars Every page brings more mystery
Reviewed in the United States on October 6, 2020
Gus is a psychiatrist, very skilled at helping people find their way through emotional difficulties. However, Gus is flawed, a victim of addiction. His addiction results in Gus losing his practice, his life savings, his wife and daughter. He leaves Boston and settles in a small town in Maine.

He sets up a small practice in his new location. When Gus adds patients, he begins a notebook summarizing each session. The notes come in handy when strange events start happening, with some people being hurt, some dying and the police are looking at Gus as a ‘person of interest.’

The story gets more involved, the tension increases and Gus is fighting for his life. Keep reading, it gets better and better.

R. Robinson
4.0 out of 5 stars Shrink in a closet-sounds like a sitcom but actually a satisfying thriller
Reviewed in the United States on October 22, 2020
Gus Young was once a successful psychiatrist and court expert in Boston until his gambling addiction cost him his savings, his job, his marriage, and his family. Now he lives in a cabin in rural Maine and practices psychiatry out of a utility room/closet in the back of Buck's Hardware. Sounds like the premise for a sitcom but this book is a well-developed thriller with a tangled plot that will keep you guessing. Gus is a complex and flawed hero. You know he must be smart but at first he doesn't seem so.He is having trouble remembering, he jumps to conclusions, he doesn't listen when others try to help him. He is plugging along until his cabin burns and then one of his patients is found dead. Then suspicion falls on him. Will he figure out what is going on before it is too late? There are a lot of characters including Sheila who runs Buck's Hardware and is Gus's secretary, Herman his colorful neighbor, Renee the local pharmacist and Gus's new girlfriend, plus a supporting cast of patients and bad guys, and of course his dog Anna. The ones that need to be developed are. After a bit of a slow start the plot moves along at a fast pace and there are several surprising twists. I thoroughly enjoyed this book and look forward to the next one.
Read more
Helpful
Comment Report abuse

Karen
4.0 out of 5 stars Exciting mystery
Reviewed in the United States on October 7, 2020
I enjoyed this exciting mystery, from its slow build in the beginning chapters to its surprising but satisfying conclusion. The main character Gus was both complex and flawed, but very likable. He seemed to be quite knowledgeable about analyzing people and their various personality disorders, but he was “a hot mess” in his own personal life. He was a good example to me of someone who was extremely intelligent, but didn’t always make smart choices for himself and his family and friends. I found myself really rooting for him to pull himself together and figure things out though. The book had quite a cast of colorful supporting characters, but at times I had trouble remembering and keeping them all straight as the action progressed. That however didn’t take away from my enjoyment of, and immersion in, the story. This is my first read by Mr. Saric, and I’m very glad that I was introduced to his writing. I will certainly be looking forward to reading more of his books in the future. I received an advanced copy of this book, and have given my voluntary and honest opinion.
Read more
Helpful
Comment Report abuse

D. M. Carlson
4.0 out of 5 stars Don’t Look In.
Reviewed in the United States on October 6, 2020
The blurb does a very good job of providing an introduction to the storyline. The book is well written and once it gets rolling it holds your interest. At times I found myself getting irritated with Gus. He often ignores dealing with his own issues, he’s quick to jump to conclusions, he acts without thinking things through and he doesn’t always listen. Being a psychiatrist he’s in the business of listening and yet he’s frequently cutting people off and not listening to what they are trying to tell him. This creates problems for him because his assumptions of what they are trying to say isn’t always correct. I also would have liked to have a bit more depth to the villains and their motivation for their actions.

You don’t always need to like all of the characters (even a main one) to enjoy the story. Ultimately this was a good read.

I received an ARC from the publisher for an honest review.

Micky Cox
4.0 out of 5 stars A new psychological thriller to get lost in!
Reviewed in the United States on October 10, 2020
A psychological thriller that is heart pumping and delightfully entertaining! A "has been" previously famous psychologist who once earned big bucks for testifying for/against those with mental issues in court cases took a long hard fall to an obscure town where he now "sees" patients in the utility room of the local hardware store finds his world once again turned upside down when it appears that someone is not only targeting his patients for death, but setting him up to take the fall. Intriguing characters entwined with an interesting plot makes for an entertaining read. While it quickly becomes clear who is behind the plot, it doesn't interfere with the entertainment of watching the story unfold so the characters also get "clued" in on the true guilty party or is it parties??? Read it and see! I am intrigued to see where the characters go and how they grow in the future.
Read more
Helpful
Comment Report abuse

Stretch65
3.0 out of 5 stars Maybe 3.5 stars
Reviewed in the United States on October 16, 2020
This book was well written in terms of the language, and well plotted, with a couple of exceptions. Spoilers follow.

In order to support the theft of a rifle, the author has the protagonist's cabin burn down in part, then the good guy moves back in a few days. This was extremely unrealistic as not only would the odor, ash, and debris and water damage make the structure uninhabitable, but it is seriously doubtful that the electricity would still work. In terms of the plot, the fire was completely unnecessary, in fact, the plot would have been better with an initially undetected break in. The protagonist also way over reacts, and nothing is served by his anger and his emotions were really out of character for some one with his depth of experience.

These quibbles side, not a bad read.
Read more
Helpful
Comment Report abuse
See all reviews

Scott Parsons
5.0 out of 5 stars Engrossing Psychological Thriller
Reviewed in Canada on October 21, 2020
Verified Purchase
Meet Dr Gus Young. Former renowned psychiatrist and criminal profiler who had fallen on hard times as a result of one mistaken profile that put a killer back on the street, he now lives alone in the backwoods of the Northeastern USA. He sees patients halftime in a cramped office in the back of a town store. Two of his patients end up dead and he is framed for their murders. Figuring out who the villain is takes him on a long and rocky path that almost ends in the deaths of people he loves.
Read more
Report abuse