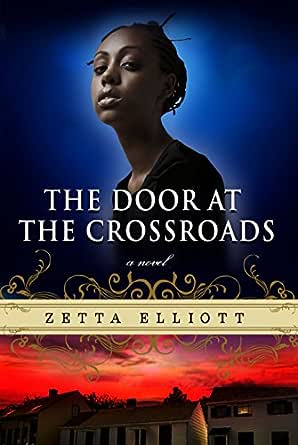 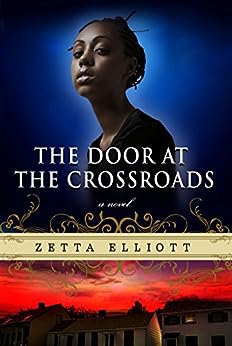 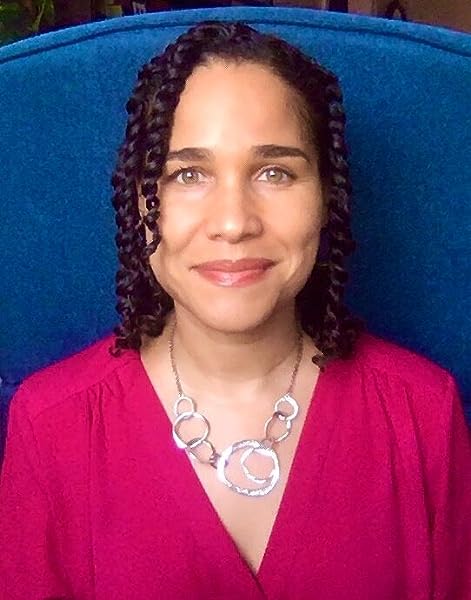 The Door at the Crossroads Kindle Edition

Gr 8 Up—This highly anticipated sequel is likely to be a hit among fans who enjoyed Elliott's A Wish After Midnight. This volume uses time travel, romance, and historical elements to tackle tough topics, such as slavery, racism, and war. The story picks up right where the previous book left off. Genna and Judah find themselves separated by distance within two different time periods and right in the middle of war and tragedy on American shores. While Judah remains in Weeksville, NY, during the 1860s and grapples with what happened to Genna, he decides to fight against slavery in the American South during the Civil War. Genna, however, awakens in Brooklyn on September 11, 2001, just as the Twin Towers have been hit, and is trying to deal with her separation from Judah. She desperately seeks the help of friends and family to find her way back to her boyfriend, but when she finally does, their separation has changed him. Judah seems more concerned about the fight for justice and is hurt by Genna's absence, which he believes was intentional. Elliott spends most of the work developing the main characters. The alternating chapters and parallel yet intertwining story lines have the makings of an exciting journey, but the plot is sometimes hard to follow because of these elements. However, getting to the last line of the novel will leave teens wanting more. VERDICT For those who appreciate historical fiction with a little fantasy mixed in. It can also be used by educators to encourage discussion among readers who are interested in social justice work.—Nikitia Wilson, Queens Library, NY --This text refers to the paperback edition.

CM
4.0 out of 5 stars Captivating read
Reviewed in the United States on August 4, 2016
Verified Purchase
Summary: 'As I swiped my screen and found myself at the end of the book, I felt as if I had left a little piece of myself between the pages holding on to find out what happens next. I am looking forward to part three.'

In 'A Wish Before Midnight', we read about Genna's (a fifteen-year-old modern-day Brooklyn resident) experiences traveling in time to Civil War-era Brooklyn. 'The Crossroads' begins with Judah’s story and we learn what happens to him when he follows Genna (his girlfriend) into the past and finds himself sold into slavery. His experiences as an enslaved person are impacted by the fact that he is a modern-day teen who has been free in relative terms all of his life and by the fact that he knows how this particular chapter in history ends. His reaction to the conditions of his enslavement are juxtaposed against the views and attitudes of those he meets who have been enslaved all of their lives. There is no significant judgement of either position. The book presents a large cast of characters of a wide variety of races with equal numbers of sympathetic and unsavoury characters in each racial group.

The book is fast paced and action packed. At the end of Judah’s journey from enslavement to freedom I felt as if I had read my money’s worth, but I was only one-third way through the book. I won’t say more about the plot because doing so will ‘spoil’ both 'A Wish Before Midnight' and 'The Door at the Crossroads,' but needless to say Judah’s freedom from slavery is not the end of his journey through this story.

'The Crossroads' is full of action yet character-driven. We meet a large cast of characters who are deep; recognizable and likable in their flaws; and realistic in their reactions to each other and their circumstances. Even as we see Judah espouse judgments which may seem questionable to many, we don’t hate him, instead we root for him to recognise his misdirection.

'The Door at the Crossroads' chronicles a particularly difficult period in the history of African-Americans. It does so without being heavy handed or didactic; instead we see the events through the narrative and the characters. I have not done any fact checking, however, it is clear that the historical background has been well-researched and while the story and characters are fictional, the author paints a believable historical backdrop to the story.

I did question the consistency of the motives of one or two of the characters and there were one or two times when I found it difficult to follow the thread of the timeline, however, this was minor.

As I swiped my screen and found myself at the end of the book, I felt as if I had left a little piece of myself between the pages holding on to find out what happens next. I am looking forward to part three.

The book stands alone, however, I recommend reading both books.
Read more
One person found this helpful
Helpful
Report abuse

Crystal
5.0 out of 5 stars Excellent!
Reviewed in the United States on February 12, 2017
Verified Purchase
This is a sequel to A Wish After Midnight and both are excellent. I am not one to read time travel books usually, but these both had me enthralled. For one thing, the travel takes them back to history that I was not familiar with so it was informative as well as engrossing. The complex characters were also intriguing. I have been recommending this and the first book over and over again.
Read more
Helpful
Report abuse

LARONDA M BUCHERT
5.0 out of 5 stars Five Stars
Reviewed in the United States on October 22, 2016
Verified Purchase
Amazing book. I enjoyed reading it. I look forward to the next book!!
Read more
Helpful
Report abuse

Chasingray
4.0 out of 5 stars Intense writing that is hard to forget.
Reviewed in the United States on November 16, 2016
This is a big thoughtful and intense book about both life in the slavery period in the US and also in the post-9/11 era. The characters, who were first introduced in A WISH AFTER MIDNIGHT (and you really need to read that book first), are separated this go-round with one returned to the present and one still lost in the past.

I can't stress enough how intense the book is - Elliott doesn't sugarcoat a second of what slavery was like.

It's a big book but an important read. I hope publishers take note of what Elliott is doing and give her a contract so she has an even bigger platform to stand on for her work.
Read more
One person found this helpful
Helpful
Report abuse

Jean S.
4.0 out of 5 stars Looking forward to more
Reviewed in the United States on November 25, 2019
Definitely do read A Wish After Midnight first.

Rebecca
5.0 out of 5 stars Read this book
Reviewed in the United States on September 3, 2016
This book is a sequel and just as much of a great read as the first book. I hope there is a third book and we get to read it soon. This was a mix of fantasy and historical fiction. I loved it.
Read more
Helpful
Report abuse
See all reviews
Back to top
Get to Know Us
Make Money with Us
Amazon Payment Products
Let Us Help You
EnglishChoose a language for shopping. United StatesChoose a country/region for shopping.
© 1996-2021, Amazon.com, Inc. or its affiliates