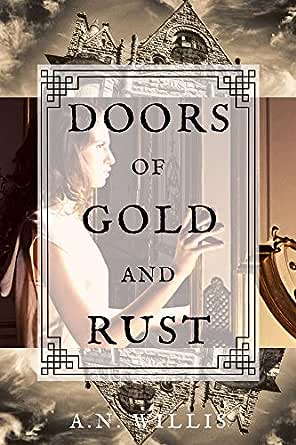 You've subscribed to Byrne House! We will preorder your items within 24 hours of when they become available. When new books are released, we'll charge your default payment method for the lowest price available during the pre-order period.
Update your device or payment method, cancel individual pre-orders or your subscription at
Your Memberships & Subscriptions
There was an error. We were unable to process your subscription due to an error. Please refresh and try again. 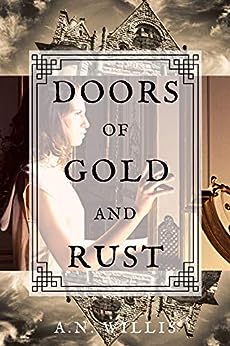 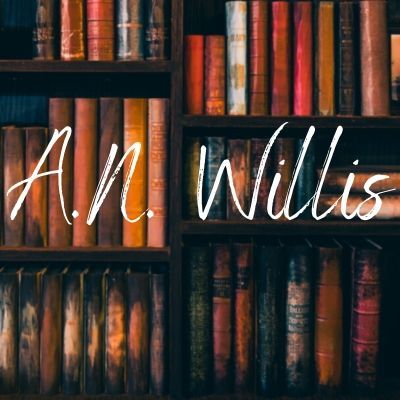 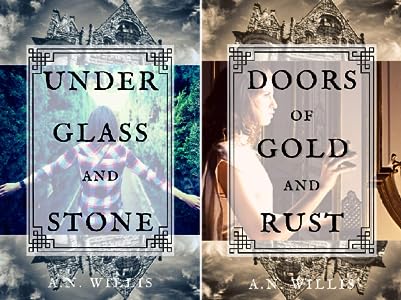 Praise for the Byrne House Duology:

"...an intricate plot weaved around engaging characters that I couldn't help but root for. I stayed up for over three hours reading this and I swore I didn't blink once." Celia McMahon, author of Unspoken

"A.N. Willis has captivated me yet again! Under Glass And Stone is an expertly-woven gothic romance with a mystery that kept me turning pages." Cheyanne Young, author of The Last Wish Of Sasha Cade

"Just when you think you know what the answer is a new clue emerges and you're left turning the page to find out how this piece of the puzzle fits." Emily Bybee, author of Fractured Magic

"In the end, I stayed up far too late one night, unable to stop reading and anxious to know the resolution to several threads that had entwined my favorite characters...A true escape that won't disappoint and will leave you breathless once again!" Johanna Garton, author of Edge of the Map

"Under Stone and Glass was such an amazing story with a well-written plot and I loved all of it." BreeAnn, reviewer at She Just Loves Books

"Just when I thought it couldn't get more exciting than the end of the first book, this one started off with a bang and threw me headlong back into the weird happenings in their neighborhood." Jinsok, Goodreads ✭✭✭✭✭

"The excitement kept building and had me over-whelmed with a yearning to see what could be lying just beyond the next door, and kept turning me every which way but loose." Wanda, Goodreads ✭✭✭✭✭

"Follow this exciting read of crime, mystery, off the wall characters and see what more secrets this house of horrors has still hidden in the walls! ." Trick, Goodreads ✭✭✭✭✭

"Hot on the heels of the first book in this duology, this second installment shows growth in the depth of both the characters and the storyline. Emotions are palpable, alliances are questioned, and suspense carries the reader through the story from beginning to end." Mary, Goodreads ✭✭✭✭✭

"This one left me really happy after a nail biting rollercoaster of sadness, joy, betrayal and holding my breath moments. I don't want to give any spoilers but I promise you need to read this book!" Elise, Goodreads ✭✭✭✭

Excerpt from Doors Of Gold And Rust:


The letter arrived on a Friday. The cream envelope shone like a beacon on Evelyn's front porch step. She slowed when she saw it, the strap of her school bag sliding down her shoulder. She didn't know who'd sent it--couldn't have known--didn't even know it was addressed to her. But already she had a weightless sensation in her stomach. Like the sidewalk was disappearing from beneath her feet, and she was falling.

She concentrated on moving forward, hitching the bag back into place. She marched up the steps and stood over the envelope. It waited there so innocently. Resting on the flagstone. A couple of brown maple leaves drifted past. Already December, and still no snow.

Miss Evelyn Ashwood, the envelope read in looping cursive. Nothing else. No address. No postmark, no stamp.

She scooped up the letter, dusted off a stray leaf, and turned the envelope over. No return address. But there was a name. A name that she had hoped to never see or hear again, though she hadn't expected to be so lucky.

Daniella Byrne, the back of the envelope said in the same elegant script.

Her breaths came shallow and fast. Feeling eyes upon her, Evelyn whirled around to face the street. But all was quiet. Walter Park was deserted. No cars drove past. Her mother Vivian wouldn't be home from work for several more hours. Evelyn was alone.

These days, she hated being alone more than almost anything. Yet she had been avoiding her friends' invitations. Because the thing she hated most of all was pretending.

Evelyn let her gaze move to Byrne House. The massive Victorian mansion was built of rough grey stone, surrounded by overgrown gardens. The setting of her childhood nightmares and dreams. A house full of dark memories and hidden, underground passageways.

That day--in that underground lab--was the last time she'd seen Daniella Byrne. When the police got involved, Daniella ran. Where, nobody here in Castle Heights knew. Evelyn had figured that Daniella would come back eventually. Byrne House was her home. Her inheritance, along with all the Byrne family's many secrets.

But a letter, after everything that had happened? It was a more direct overture than Evelyn had expected. And at the same time, disappointingly passive. Daniella owed her more than this.

The paper was satiny beneath her fingers. For a brief moment, Evelyn thought of tearing it up. Out of anger, mostly. Or maybe just fear. The two emotions had taken up residence in her heart these last few months, her most frequent companions. She'd also given voice to these emotions in therapy, though she couldn't tell her therapist what really happened to her in the tunnels beneath Castle Heights. The truth about what she'd done.

She found her keys, unlocked the front door, and slammed it behind her. Her bag dropped onto the floor. She tore open the flap of the envelope.

Memory is a funny thing. I've thought about our last conversation often, and wondered how much of it you still recall. In some ways--assuming you do remember, which is far from certain--you know me better than anyone ever has. Even William, as much as he and I love each other. But love is far less intimate than hate.

Not that I hate you now, no matter what you must have done to Darren. I haven't heard from my brother since that day that we were all together in August, so I assume that he's dead.

I want you to know that I forgive you.

Evelyn stopped reading. She crumpled up the letter and threw it against the wall.

Her phone had settled to the bottom of her bag, beneath a paperback copy of Wuthering Heights and a Snickers bar. The phone didn't recognize her print. Her fingers were trembling too much. So she fumbled through the passcode. She thumbed to the name Alex Evans--her boyfriend of a little over four months--in her messages. But as she stared at their last exchange from that morning, she remembered he'd still be at school. He was on East Coast time, two hours ahead, but he didn't have early dismissal on Fridays like she did. And he didn't get reception in his school's main building.

Cursing to herself, she texted him, FaceTime asap? urgent.

Today was the last day of school before winter break. She'd been hoping that Alex would come to Castle Heights for the holidays. But even yesterday he'd been vague about his plans. Ever since the summer, Alex had been focused on healing the breaches within his family. She understood, and she would never have asked him to do anything different. But she'd been struggling to heal, too. Whether she liked it or not, she had to do that without him.

Other names stared up at her from her messaging app: Milo Foster. Silvia Reyes. Two of her closest friends, both of whom knew the truth about all that had happened at Byrne House over the summer. But that was the very same reason that she hesitated to write them. Milo and Silvia clearly wanted to move on. They'd supported her and comforted her countless times, but they'd also told her--in not so many words, of course--that she should move on, too.

I could call Jake, she thought. Her thumb tapped against her phone case.

But she wasn't quite that desperate. Yet.

How dare Daniella write that: I forgive you. She didn't want Daniella's forgiveness. She wanted some kind of justice for what Daniella had done. Her fists clenched and unclenched as she paced the living room, trying to calm down. She kicked the leg of the couch as she passed.

That day we were all together in August, the letter said.

"You mean the day Darren almost killed me?" Evelyn shouted into the empty room. "The day you left me down there to die?"

She was too jittery to stay still. She went to the living room window and glanced out. The street was still quiet. Over at the mansion, the windows were dark like they'd been since the end of summer. The round tower window mirrored the clouds drifting past. If anyone was in there, she wouldn't see.

Suddenly a figure appeared, stumbling out of the park. Out of the past. Milo Foster. His cheeks were gaunt. He'd lost his glasses, and he tripped as he stepped off the curb. She reached toward him, her hand hitting the window.

It was just a memory--the night that Evelyn and Alex had found Milo after he'd been missing in July. She squeezed her eyes closed. When she opened them, the vision of Milo was gone. She backed away unsteadily from the window.

Another one of the flashes. They'd been more frequent lately.

Finally she sat down and put her head in her hands. She wouldn't cry. She wouldn't give Daniella the satisfaction. It was all a ploy, anyway. Daniella was adept at playing sweet and innocent, but she always had an ulterior motive. She hadn't written that letter just to spread peace, love, and understanding. No, Daniella wanted something. Evelyn needed to find out what.

But she couldn't do it alone.

She grabbed her phone and started to text.