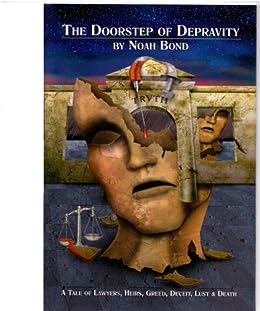 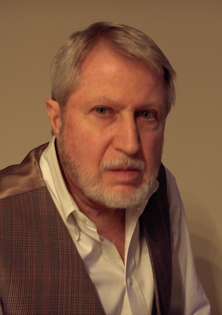 The Doorstep of Depravity Kindle Edition

Noah Bond is a novelist, songwriter, and screen writer. Before that, he was an attorney in Fort Lauderdale. His stories do not contain profanity, although they are for adults. --This text refers to the hardcover edition.

Kindle Customer
4.0 out of 5 stars Lots of twists
Reviewed in the United States on March 8, 2013
Verified Purchase
I have just discovered this author and hope for many more good reads. I love the strength in the main character, and the quick-witted exchanges. Currently reading NOMAD/Y. It's completely different, but just as good!
Read more
Helpful
Report abuse

Anton Sierra
5.0 out of 5 stars Multi-layered, and I could not guess the ending.
Reviewed in the United States on December 4, 2005
In a departure from the decade-spanning scope of Noah Bond's last novel, "NOMAD/Y," ninety-five percent of "Doorstep of Depravity" happens within two months. Coupled with the believability of its characters, this legal/medical thriller is a brisk read.

Graduate student Kay Claussen learns that as the main beneficiary in her just-deceased uncle's will, she could soon be a millionaire. She has sixty days to meet certain conditions of the will, or the money will go to her cousins, who have retained a powerful law firm.

To fight them, Kay is forced to hire Grace O'Higgins, a young rookie attorney. Armed with her wits, intelligence, and a wise secretary in a two-room office, Grace finds herself entwined in the most difficult case of her career with her most intriguing client. With offers, counter-offers, threats and death thrown into the mix, it is not possible to predict how this novel will end.

Within a short timeline, the author has woven a story of multiple layers. On the surface, "Doorstep of Depravity" is about a woman and her lawyer fighting to save her inheritance. This tale supports the story of the opposing law firm that has the advantage of numerous interns, paralegals and experienced partners, and how they meet their match in the form of a smart lawyer and her staff of one.

The layer below reveals the working life of a one-person law firm. It reminds us that in addition to the thrust and parry of settlement negotiations and public trials, much of an attorney's life is one of tedium dealing with daily faxes, document filing deadlines, telephone calls and more faxes-all requiring perfect attention to detail and consequences.

The next layer is the bedrock structure of laws and courts. It reminds us that the less powerful have an equal standing in court against the powerful, which usually keeps people from settling their differences with violence.

Beneath it all is that last layer, kept submerged by the strength and order of civilization above it. We are chilled by a couple of glimpses of this dark layer, until it fully surfaces, briefly, in that remaining five percent of "Doorstep of Depravity." The reader must be prepared, for its appearance is as unexpected as it is shocking.

Robin McAndrew
5.0 out of 5 stars Fun Read
Reviewed in the United States on October 14, 2005
Written with wit, humor and intelligence, this author captures your attention on the first page, and keeps it until the last one! Every time you think you've got the answer you're thrown a curve straight out of left field. The characters are likeable and believable while the original plot is possible and unpredictable. The subject matter is current and not the familiar old-school-style murder mystery. However, there is something familiar and comfortable and friendly in the author's style. A great read, and more important, a fun read!
Read more
4 people found this helpful
Helpful
Report abuse

Elayne Feinstein
5.0 out of 5 stars chills & thrills
Reviewed in the United States on November 8, 2005
I just finished reading "The Doorstep of Depravity, a suspense novel by Noah Bond. I highly recommend this novel to those of you who appreciate mystery, suspense and intrigue. You will not be able to put this book down. The tension begins on page one and continues until you put the book down at the very last paragraph. Be prepared for a surprise twist at the end.

Nora H. Marsh
5.0 out of 5 stars Great Read!
Reviewed in the United States on October 22, 2005
This mystery is a great read with some fascinating, unexpected twists. Just when you think that you have figured things out, the plot thickens. As a woman attorney who settles estates, I think that the author, Noah Bond, does an excellent job of depicting the lengths to which greedy heirs will go to grab as much as they can.
Read more
4 people found this helpful
Helpful
Report abuse

Brad Bauman
5.0 out of 5 stars Fast moving thriller
Reviewed in the United States on November 17, 2005
"Doorstep to Depravity" is so exciting and fast-paced, my bi-coastal plane trip seemed to last only a few minutes! It was an entertaining adventure indeed!. Noah Bond, could you please make this into a movie?? Your fans would love it!

Judy Davis
Read more
2 people found this helpful
Helpful
Report abuse
See all reviews
Back to top
Get to Know Us
Make Money with Us
Amazon Payment Products
Let Us Help You
EnglishChoose a language for shopping. United StatesChoose a country/region for shopping.
© 1996-2021, Amazon.com, Inc. or its affiliates