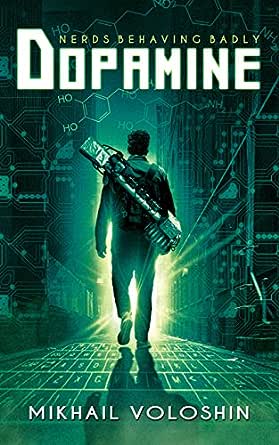 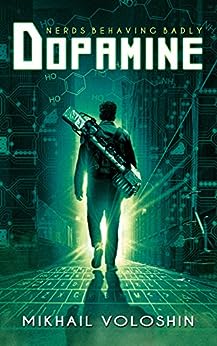 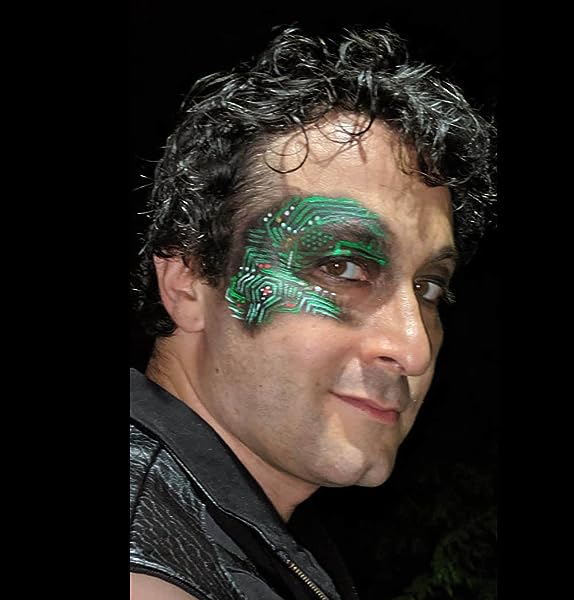 4.7 out of 5 stars
4.7 out of 5
69 global ratings
How are ratings calculated?
To calculate the overall star rating and percentage breakdown by star, we don’t use a simple average. Instead, our system considers things like how recent a review is and if the reviewer bought the item on Amazon. It also analyzes reviews to verify trustworthiness.

Kindle Customer
4.0 out of 5 stars Mikhail Voloshin: Voice of A Generation
Reviewed in the United States on March 28, 2019
Verified Purchase
As a person who generally prefers nonfiction to fiction (I see the act of reading as an effort at education more than entertainment), I tend to be picky when trying to read fiction. If I see too many tired clichés I stop reading. I have to say that Dopamine kept these to a minimum, and was engaging enough to keep me reading all the way to the end.

The most satisfying aspect, for me, wasn't the technical specifics, or even the central concept, both of which were good enough in their own right. For me, Mikhail's work resonates most strongly because it so intently speaks to my generation. With my head always buried in history books, I don't regularly encounter messages which focus on anything so directly relevant to me. So seeing something that essentially celebrates all things Generation X was a welcome experience. The last time I read something that gave me this strong a feel-good generational vibe was the Kennedy Chronicles, another work (not of fiction, remember my preference?) which speaks to many things that were prominent as I was coming of age.

For the most part, the characters were flushed out thoroughly enough to get a sense that they belonged in their world and had relevant parts to play, each specializing in things that the others were clueless about. I think most technology lovers will be able to relate to Danny, and I know I certainly was. But I also felt like Moshen had too little a part to play to feel like everyone was part of a well balanced team; he wasn't getting a chance to shine like the others (this might just be part of his character, which stuck me as possibly a bit lazy or non-committal). Towards the end, this issue with him was partly rectified, and in a fairly humorous way.

I think I might have enjoyed the Russian mob angle more, and would have seen it as more menacing throughout, if it had seemed to be less localized and appeared to have a wider, more shadowy reach. I would have been less irked, also, if some of its more imposing lackeys had possessed slightly more believable motivations for some of their decisions made during combat.

I really liked the email and text message formatting, and how these kinds of messages were given unique fonts. Not only did this design choice prove very readable, but it also helped give the story the aesthetic qualities it needed to feel like a properly cyberpunk story. With that aesthetic in mind, I also want to thank the author for making reference to the System Shock franchise. It's always nice to see a tribute made to such utter greatness.

It's clear that Mikhail Voloshin is in possession of a lot of worldly knowledge. But perhaps even more importantly for the purpose of storytelling, he is also seemingly in possession of a lot of worldly insight, even subtle things about the human condition that help make characters worth knowing and worth following. Danny is struggling with a sense of inadequacy and crisis of identity all too common among late bloomers. The fast-paced technological changes which seemingly conspire against Danny and keep him from riding any one company to the top also provides a subtext which speaks to growing public anxieties about worker displacement and automation.

There is one more thing I want to mention which made this book stand out from so many others and gave it a fresh feel: This author actually grasps economics! When markets are actually understood, and not hated on general priniple, all manner of thoughtful, engaging and dynamic descriptions become possible.

This book was surprisingly fun for me and not a waste of time. Naturally, I can't claim to know what much younger readers would think of it. My guess is that it will have enough going for it outside of the generation-specific contents to hook many of them too.

Mikhail Voloshin
5.0 out of 5 stars Ambitious debut novel succeeds in delivering a splendid story
Reviewed in the United States on January 11, 2017
Verified Purchase
Mikhail's motivations for writing this book were quite evident throughout his text. You can just picture him, a lifelong computer professional and digital security specialist, watching scenes of "hackers" on TV typing furiously with their faces aglow with code beaming from the 50,000-watt monitor while yelling things like, "I can use Visual Basic to reroute the firewall's IP through the mainframe!", and thinking to himself, "For the love of God, if someone out there doesn't write a decent book or movie featuring *real* hacking technologies, then I'll freaking do it myself!" The results are surprisingly compelling; Mikhail expertly avoids boring his audience with technical details while simultaneously getting those details *right* -- a razor's edge that few manage to tread.
Read more
5 people found this helpful
Helpful
Comment Report abuse

Amazon Customer
5.0 out of 5 stars Crime based, breath-taking, techno-thriller. Satisfies the nerd in you.
Reviewed in the United States on August 22, 2016
Verified Purchase
I usually only review the story without commenting on technicalities, but as a fellow author myself, I have to mention Voloshin's formatting. It's unique, to say the least, which made the novel way easier to read. For example, texting conversations were actually presented in visual bubbles. e-Mails retained their actual format, and so on. I have rarely seen that done before. While some might complain that it's not professional, I found it made the reading experience more fun. Kudos to him for hand-coding. Only a few of us take the manual route, and that's no small feat. Goes to show the author's dedication.

This knowledge seeps through the entire story. There is no denying the author has done a lot of research or is thoroughly educated in the field. I think even if you're no techie by any means, you'll still get the gist of Danny (the protag) and his team's MO throughout each of their missions. If anything, you'll be rooting for this dude till the end. My opinion on the nerdy part might be a little biased because I am familiar with the industry and its jargon. But the novel carries out a seriously action-packed, fast paced, science fiction crime thriller that is not deferred by the copiousness of technical argot. There's just enough in there to educate you though.

I have to say, the smart plot twists kept me turning pages and the ending did not disappoint. I could vividly hear the characters, their accents, their mannerisms, and their interactions in my head. If you're looking for a novel with a mishmash of hacker culture, biotech, Russian mafia dealings, and superbly down to earth characters, I recommend you pick up your copy of Dopamine today.
Read more
One person found this helpful
Helpful
Comment Report abuse
See all reviews

jr
4.0 out of 5 stars Entertaining story - good read about hacking
Reviewed in the United Kingdom on April 17, 2017
Verified Purchase
I liked the book. It reads as an adventure in the world of biochemistry and the author does well to show how hacking can take place in this world. The characters are easy to read. I would recommend the book to those who want to know but more about information security in a funny and friendly way
Read more
Report abuse