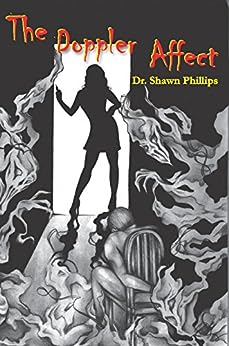 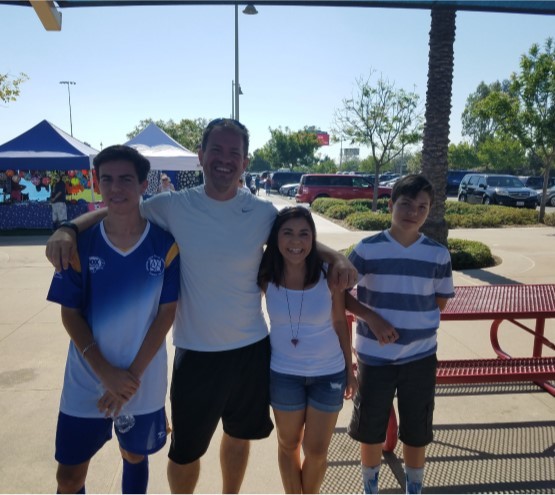 3.2 out of 5 stars
3.2 out of 5
29 global ratings
How are ratings calculated?
To calculate the overall star rating and percentage breakdown by star, we don’t use a simple average. Instead, our system considers things like how recent a review is and if the reviewer bought the item on Amazon. It also analyzes reviews to verify trustworthiness.
Top reviews

Stephanie Sandefur
4.0 out of 5 stars Very Exciting and Action Packed!
Reviewed in the United States on August 16, 2014
Verified Purchase
The Doppler Affect is about a race of beings called doppelgangers, better known in the book as dopplers. I was approached by the author to read and review this book, and while it sounded intriguing, I was cautious. I didn't necessarily think I wouldn't like the book, but I was worried because it was talking about something that I hadn't read a lot about. I just wasn't sure what to expect. Needless to say I was pleasantly surprised and can't wait to read the next book in the series.

Christopher Sands is a banker, who also is a husband and father, and he is accused of murdering someone at his bank and theft. After not recalling doing the actual crime, and seeing where it very well could have not been the actual him, he sets off on a quest to make sure that his son, Michael doesn't fall into the same despair. I really felt for Christopher, but I have to say it was Michael that had my heart in this. Going through his life with pretty much no parents, he seems to be doing really good. He does gymnastics, and goes to Stanford where he is with his crush, Candace. At the start of his journey, something happens that turns his life on end and it is not the same. He finds out that while there are the doppelgangers that can shape-shift into any human being, he finds that he has a special ability of his own. Candace as well for that matter. I won't go into too much detail about it because I already feel I am teetering on the edge of gushing about it.

One of the things while reading this was that there was more adult content then I would have thought. Not saying it was bad, but just not something that I was expecting. BUT with the doppler race, that's really just a part of it once you know the story of their race a little better. I found the content bothering me less and less because I understood better what was really going on as I went further into the story.

Another thing I enjoyed about how it was written was seeing all sides of the things that were going on. Not only do you get to see what's going on with Michael and Candace, you experience what the "bad guys" are conjuring up and how the doppler race handles things in their own way. It ties together so well that I never felt lost or had the need to go back and see if I had missed something. It flowed well and was a very exciting read, it would actually make a pretty bad ass movie in my opinion. If anything to see how the dopplers shape shift and other things they do to continue on as a race. Not to mention see Michael's ability in action because I was really intrigued by what he could do.

I'm not quite sure when the next book in the series will be coming out, but I do know that I will be reading it because I have to know what happens with Michael and if he ever truly is able to rid himself of the doppler race. I highly recommend this story to anyone that enjoys an exciting story that has very few slow points without being too much. But definitely not for a younger audience because there are some pretty descriptive happenings concerning the adult content.
Read more
Helpful
Report abuse

dsimmons70
4.0 out of 5 stars Great read!
Reviewed in the United States on October 13, 2014
Verified Purchase
Ok Shawn, this book was great! The only reason I gave it four stars instead of five was because I found it hard to follow a couple of times as the story shifted between worlds and generations, which is probably more my problem than that of the structure.
Once I figured out the jumps I found the story captivating and entertaining. The characters were unique and surprising and I never guessed what was going to happen next.
This is definitely an adult read, quite explicit at times but essential to the story line and well written.
I honestly do not pick books in this genre but since I had a chance to read, for an honest review, I dove in for fun. I truly enjoyed your book and will recommend it to all seeking a great read.
Wishes for your continued success. I will look forward to your books in 2015!
Read more
Helpful
Report abuse

Kristi Confessions of a YA Reader
4.0 out of 5 stars The idea of doppelgangers taking over the US was brilliant. This was the first book I've read about ...
Reviewed in the United States on September 10, 2014
Verified Purchase
Copied from my Goodreads review.

I was able to download this for my kindle on Amazon for free. (Thank you Shawn for the invite).

I really ended up enjoying this book. At times I found it a little hard to follow, but still didn't want to put it down. The idea of doppelgangers taking over the US was brilliant. This was the first book I've read about doppelgangers and I enjoyed learning all about them. I'm hoping that the sequel picks back up with some of the same characters. I don't want to write too much more and ruin the book for others with spoilers. It was a great read.
Read more
Helpful
Report abuse

Angela Bartlett
4.0 out of 5 stars Great Ideas
Reviewed in the United States on August 18, 2014
Verified Purchase
I was a bit put off with the writer's style for the first two chapters. I considered putting it down. Suddenly I found myself in chapter 6 with no intention of putting it down till I saw the end.

I loved this unique theory of doppelgangers existing side by side with homo sapiens.

I will be reading other books by Dr. Phillips as they become available.
Read more
Helpful
Report abuse

K. Bauer
2.0 out of 5 stars Underwhelmed
Reviewed in the United States on September 3, 2014
Verified Purchase
The story was okay but damaged by several, to me, major flaws.
1. I neither need nor want extensive details about a character that exists for only a couple of paragraphs. That the author has a back story for them is wonderful. However, if my sole interaction is for them to appear, be eviscerated, and bleed out in a paragraph or two, I couldn't care less about what they had for breakfast. I'd rather the time be spent making the major characters more real.
2. Bad grammar and sentence structure are fine in dialect, when one has a character speaking. As part of the general exposition, however, they're jarring, annoying, and pull one from the flow of the story.
3. Finally, and to me, the most egregious problem came from the abundance of malarops. The author supposedly has a doctorate yet made a large number of glaring errors in which he used a totally incorrect word. For me, this is akin to throwing a handful of rice in front of an Asian vampire! I *have to* stop to puzzle out what the heck he meant and what word he actually was attempting to use.
Not impressed.
Read more
One person found this helpful
Helpful
Report abuse

Jamaican
4.0 out of 5 stars Dopplegangers do exist...
Reviewed in the United States on October 27, 2014
Verified Purchase
I loved the idea of dopplegangers and the writer created continued interest throughout the book. The story did get muddled at some points where there is a shift between the different factions.
Read more
One person found this helpful
Helpful
Report abuse

gregc
4.0 out of 5 stars I enjoyed the book
Reviewed in the United States on December 2, 2014
Verified Purchase
I enjoyed the book. It is interesting to watch Dr. Phillips mature as a writer with the release of his second book. The storyline was engaging and well thought out. There were plenty of twists in the plot as the characters were developed. I enjoyed the authors "cameo" appearance as the bookseller in the convenience store. As always, the authors knowledge and love of martial arts was in full swing throughout. A fun read.
Read more
Helpful
Report abuse
See all reviews