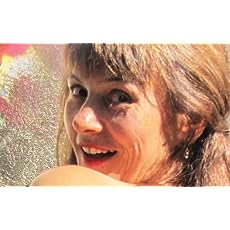 Doris Dawn, born in 1965 in what used to be known as Mitteleuropa. One year before graduating the Faculty of Law at the University of B_, Promotion 1989, she marries the future father of her four children, and the undeniable wrecker of her brilliant career (over a decade later). Happily married for over a quarter of a century. Blogging about a commonly ignored reality: that is clean, lovely and healthy sex in marriage. Her erotic novels seek for the virtue of romance, apt to halt both age and time, kidnapping the scent of some merry moments for eternity. Her explicitly depicted eroticism, inspired by experience, is promoted beyond the genre by a fantastic story (on a side note to human history), ingrained in the less sensitive geeky inclinations of her man. Housewife and mother Doris is also gardening for a hobby, when not involuntarily teasing on her sites for adults.
Read more 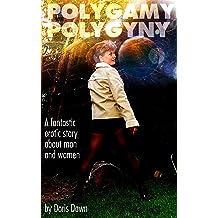 Polygamy vs. Polygyny (Naked Beyond Time & Space Book 1) Mar 6, 2013
by Doris Dawn
( 1 )
$0.99
A summer day of a midlife naturist couple. An experimental device, capable to slip parallel realities and tangle time lines, gives the unsuspecting wife a tad more than just the casual romantic thrill of a forbidden adventure.

In 18,000+ words, you are about to taste the humor of the very serious matters of: matrimony and mistresses, love and friendship, jealousy and confidence, time and space, angels and daemons. 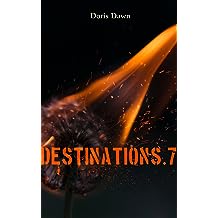 "For your readers, of course you may. But allow Me! When I came to live and die, as you, I did this only for you, for Adam and for Eve, for all My Adams and Eves. Do not insist on your idiocy (not even I can measure the immeasurable) and do not believe that I had something to claim from the NULL. There is no NULL, no nothing. Everything that is, is within Me. Nothing is not. Other references of conflict convey to the house of Astarte, the fallen ones, other affected persons throughout the universe inside this block of stone. A helluva game, this dare of Enoch."

"They said that every dumb guy has a guardian angel."

"I tell you even more: not a guardian angel is what any idiot has, but Me, Yasu Khrist Pantokrator. I walk with them. I hold them by hand. I cross rivers and abysses together with them. And let Me tell you even more to even more that I've already said: I admire them idiots. Curious innocents that are mystifying the existence around Me, their minds go beyond any reality. They are the surprise beings of all creations. I love them like I love any other composed, calculated being. I wonder at them unlike at any other - of whom I already know their precise, predictable ways."

"The dark charm of the whore." Whispers Doris.

"And her legs marry to death; her walk causes men to recline in Sheol. And she treads not in the way of life, for her paths lead them astray and they are unknown. --See why I couldn't wait to be born as the Son of Adam, a Man of Earth. I wished to meet these imbeciles. To hold their hands in Mine."

"Yes. Sublime. Touching her hand, she saw Sophie, instantly. She is now many reflections within Sophie. A true upgrade to Our creation kit. These gals killed the snake. Eve killed it. Totally unaware. There is no miracle because of Me but let Me tell you that I don't know what to make of these silly women. They humbled God."

// Read this book before the session gets suspended. 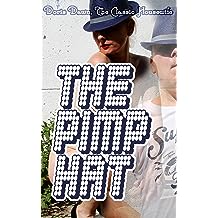 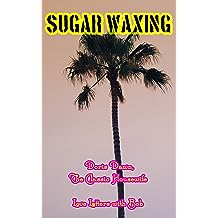 Sugar Waxing: Love Letters with Bob (The Classic Housewife Book 1) Jul 17, 2017
by Doris Dawn , Bob B.
$0.99
There are so many admirers of this fur. I like the idea of admiring it. Don was never repelled by my hairs down there, or anywhere else. This never obliged me to go in high-maintenance mode, to shorten or remove it. On occasions, upon fan requests, for various situations or needs, I trimmed. And this was all about it. (...)
After the trimming, watching the clock and seeing that I’ve got enough time, I moved to the kitchen, to prepare the caramel. Youtube is such a great friend whenever I need to document myself on do-it-yourself operations. Seems that watching a couple of sugar ball videos is not enough. Or am I a hasty person?
Read more 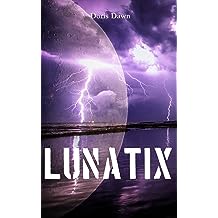 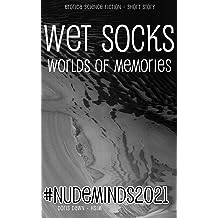 Wet Socks: Worlds of Memories (#NudeMinds Book 2021) Nov 3, 2015
by Doris Dawn , Don Dawn
$0.99
"Wet Socks" is that kind of classical romantic piece where the love story comes in subtly. And never leaves. Time stretches and steampunk cups of coffee (or Liberty Bells) are nothing more, nothing less, than landscape.
Reading this short story, you'll find your mind painting on its canvas.

"Kathy was a very good pilot. The first female to fly a jet fighter. I knew that she's gonna write history ever since she had surprised me by popping over to my folks' house and slipping off her shoes and then climbing into the bathtub with me. She is always in command. It is where you should look for her, if you wish to meet her."
Read more 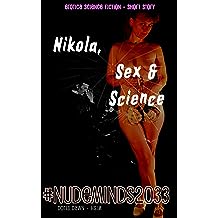 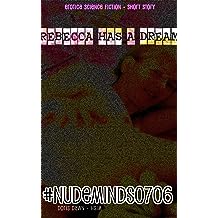 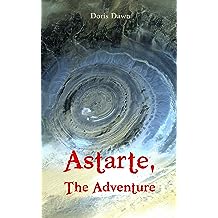 Astarte is thirty-four meters high. In dating terms: 1640C/1380/1920 centimeters, or 645C/543/756 inches. A redhead with deep blue eyes, that can turn green, grey or any hue of the rainbow. Athletic and naked, she has no notion of clothes in her home world.
À propos, this huge beast of a woman has been manufactured inside a star, a pulsar with a two milliseconds rotation rate. That is why she counts time in seconds, milliseconds or even nanoseconds, this being the finest resolution at which she perceives reality.
But!, because people understand dimensions in football fields, data in Libraries of Congress and time in years, Earth-years to be more specific, the casual chatter of Astarte could be a hard sell, a deal breaker.
The woman, or the monster-woman, is what humankind calls an alien. No!, not an ugly scary one, but a nice sexy one!
From this simple perspective, humans will know that aliens do not have twenty-four-hour long days; no months, because there’s no Moon in Alienland; no 365 days long years, because other planets, or stars, rotate at different speeds, and rates, around different stars, or whatever.
And because no one could measure her age in football fields, and because mathematical exponents are meaningless next to seconds, let’s assume that she is about twelve billion years old, as in Earth-years. Billions! Sounds cool, eh?
Did I mention that she never ages?
Besides being a literary deal breaker, Astarte is also a paradigm breaker. Impatient, panicky, frivolous, a perfect nincompoop.
This being, or should I call her a character?, has been many things to many of her kind and is about to become one thing to many people.
Before you begin reading through, here’s a short preamble, like a users’ guide to Astarte.
Any world is based, and built, on a set of paradigms, or else it won’t be consistent with itself. It won’t last.
The way we measure time and seasons on Earth, the way we drive on the right side of the road (unlike the Brits, Japs, Aussies, Indians and some Africans – quite a few), the way we are rushing to make a religion out of precious stuff, from golden calves to silvery iPhones, we live, and die, under our own planetary paradigms.
Astarte couldn’t care less.
So, if you are allergic to galactic thrillers, please do yourself a favor and fast-jump to
Chapter 5. The French – it’s earthly, or undergroundly (not sure if this is a word in English – another paradigm breaker).
Ancient people have heard of Astarte, various rumors mentioned even visions of her, and they wrote her names (there are more than one) into a particular genre of paradigm: “the goddess of sex and war.”
Imagine another deed of the ancients. For instance when Samson put some fire on the tails of foxes before releasing them into enemy crop fields.
What paradigm would fit a funky fox with her tail on fire, running like there’s no yesterday and no tomorrow?
Meet “Astarte, The Adventure.”
Oh, did I mention that she looks very similar to Lady Liberty from Liberty Island, New York City?
Frédéric Auguste Bartholdi had a vision too.
--
How (and why) Astarte is sent to Earth, deep under the Richat Structure? What is the secret connection between the French Foreign Legion and the goddess of sex and war?

Find the answers to these questions when reading through this adventurous novel. This book is not about some gloomy end of days but about the beginning of new and sexier ones.
Read more 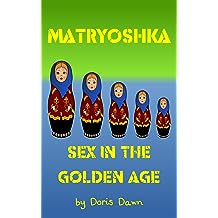 MATRYOSHKA - Sex in the Golden Age (Naked Beyond Time & Space Book 3) Dec 7, 2013
by Doris Dawn
( 1 )
$0.99
Doris feels jealous on her hubby's geeky practices. Out of envy for his newly acquired gadget (from the inner core of Saturn), she gravitates closer and closer to Don. In her desperate love-making attempts, Doris accidentally unravels a few secrets of the universe, such as the negative Kelvin temperatures and the reasons of an (earlier thought to be) irrational number: Pi. But this is only the beginning of her new adventures: the cold cores of stars are waiting; inside a millisecond pulsar there's room for more genuine love-making than you may ever dare think about. The game of love (and war) is greater than the universe, after all. Enjoy the continuation of this fantastic sex story! (35000+ words)
Read more 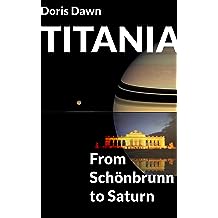 TITANIA - From Schönbrunn to Saturn (Naked Beyond Time & Space Book 2) Mar 6, 2013
by Doris Dawn
$0.99
Our naturist midlife couple (from Volume 1 - Polygamy vs. Polygyny) indulges in more daring exhibitionist experiments. The Universe-hacking device allowing their geek curiosity to further explore otherwise unreachable realms. A Valentine's Day trip to the Moon, en pas de deux... A romantic night in the imperial bedroom at the Schönbrunn Palace in Vienna... Taking a peek at moments and places of the past... Imagination is the limit because of this mysterious invention which, turns out, is not entirely of human origin.

"I think that it would be nice if we could do some time peeping. Consider Google: you enter a search term, or a phrase, in a field and then you are given a set of selected documents or images, movies, music, whatever media has been indexed inside the monstrous Google database, from their servers and networks. They extended this to locations, with Google Maps. How about we enter a search term, a location AND a date, so we can have a peek at, say, the romantic moments between Lissi and Franz. Live!" (...)

"You know that Lissi had an open heart and a poetic soul. Her dreams didn't limp under the weight of ranks and rules and the arcane etiquette. She fought that system from within, from the top down, looking for peaceful ways to reform it, to improve it. She was a true pursuer of happiness without being a revolutionary in the ugly, thuggish, sense of the word – that type that sadly made the trend of history. In my opinion, because of her honesty to herself, she has to be a perfect subject for us to take a peek at. Don't you think?" (...)

Kronos, the enigmatic daemon, after disclosing secrets buried under the astral ruins of bygone space wars, wants to make a deal with what he calls the little gods from Earth. Dealing with daemons sounds dangerous... and irresistible for our two curious geeks.