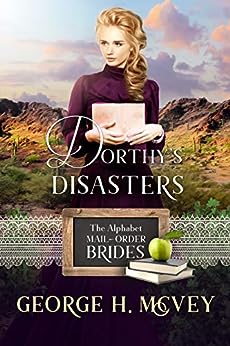 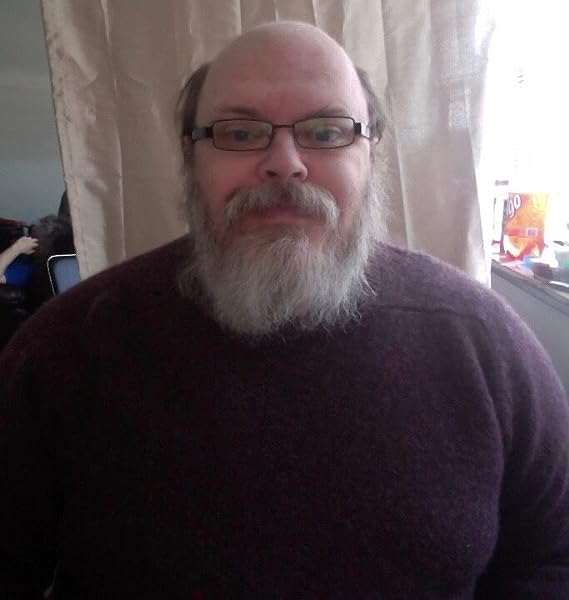 4.8 out of 5 stars
4.8 out of 5
77 global ratings
How are ratings calculated?
To calculate the overall star rating and percentage breakdown by star, we don’t use a simple average. Instead, our system considers things like how recent a review is and if the reviewer bought the item on Amazon. It also analyzes reviews to verify trustworthiness.
Top reviews

Nethanja Koenen
5.0 out of 5 stars Being a blessing
Reviewed in the United States on January 21, 2019
Verified Purchase
Dorthy is afraid to get married because everywhere she shows up disaster strikes. But she has no other choice so she chose someone from an advertisement. When she’s on her ways she got an accident and was unconscious for a week. When Sam shows up to tell her that her husband-to-be is in jail she is sure of her bad luck but ..... she still leaves the place married.
How that happen you need to find out yourself.
This is such a fun story , the connection between Dorthy and Sam and the way she learned that she is a blessing instead of a curse is so sweet. Just pick up this story and if you want more stories about her sisters you can read all the books in The Alphabet Mail Order Brides series.
Read more
3 people found this helpful
Helpful
Report abuse

Sandra Sam
5.0 out of 5 stars A very creative series
Reviewed in the United States on January 7, 2019
Verified Purchase
Poor Dorthy thinks she is a bad luck charm and on her way to be one a mail- order bride she falls and ends up in a coma while her groom is arrested for polygamy. Sam and Dorthy's story is heartwarming and entertaining. I highly recommend this alphabet series and this book to all readers that enjoy love and laughter.
Read more
3 people found this helpful
Helpful
Report abuse

Cheryl A
5.0 out of 5 stars Get a "Calling" to read this book!
Reviewed in the United States on January 6, 2019
Verified Purchase
Dorthy believes she is a jinx, that everything bad that happens around her comes from her. while traveling west to marry a man from Redemption, she falls down the steps from the train station and ends up in the hospital. Sheriff Sam Ryder, younger brother of Nathan, intercepts a telegram for a man he just arrested, telling him that Dorthy had been in an accident and someone needed to come and travel with her due to her injuries.
Read more
One person found this helpful
Helpful
Report abuse

LCsigns4u
5.0 out of 5 stars A great story and the Ryder's make it even better
Reviewed in the United States on February 6, 2019
Verified Purchase
Dorthy and Sam are a great couple. I felt so bad for her thinking she caused the disasters that seem to follow her. Sam is wonderful about being there for her. Wonderful story, I loved it.
Read more
One person found this helpful
Helpful
Report abuse

M r
5.0 out of 5 stars Dorthys disasters
Reviewed in the United States on May 5, 2021
Verified Purchase
It is well written and brings us up to date on the Ryder family I enjoyed reading it very much
Read more
Helpful
Report abuse

Rosie Glenn
5.0 out of 5 stars Awesome from Beginning to End!
Reviewed in the United States on January 5, 2019
Just finished reading "The Alphabet Mail-Order Brides: Dorthy's Disasters: A Ryders Legacy." I was a little disappointed that Amazon did not bother adding a cover. However,the book was still awesome. I love the books that include the Ryders. They are an awesome group. Maybe my connection to them is that I sometimes see things before they happen. I also love it when you all include the McClains. It is great the way that you all take the stories and interweave them. Above all, I love that you include God.

Now, for the book itself. Great clean romance story. I always feel like I actually know the people. They seem so real, like someone who can be your next door neighbor. Dorthy and Sam were so cute together from the first. This series also answers questions that I had from other books.

However, now I wonder what happened to those other six wives. Maybe we need a series called "The Six Wives of Colton Saunders." Hint Hint.
Read more
3 people found this helpful
Helpful
Report abuse

Marsha @ Keeper Bookshelf
VINE VOICE
5.0 out of 5 stars Emotional, lovely romance with a family connection that I loved - I"m loving this series
Reviewed in the United States on February 7, 2019
Even if you haven’t run into Mr. McVey’s wonderful characters of The Preacher, Nugget Nate who often show up in the most interesting places (that’s the Ryders Legacy part of the title) then you’ll simply fall in love with Dorthy James and Samuel Ryder for their own unique story. (and just as an aside – I love the spelling of Dorthy’s name here – how often do we forget to actually pronounce that second “o” in Dorothy?)

When Dorthy boarded the train West, heading into her future, she had no idea that she’d not be marrying the man she thought but someone just perfect for her. It seems that Dorthy’s husband to be turned out to be quite the scoundrel. And Sheriff Samuel Ryder decided to make the trip, along with his niece, to give this bad news to the bride in person. It seems that Dorthy’s perceived bad luck has landed her in a coma from a bad tumble from the train as she was heading down the steps. Even more bad news is headed her way when the sheriff arrives in town… but something amazing happens when Sam and Dorthy first see each other… and in true Ryder fashion, the rest is history. Or, in other words, you need to experience this touching romance for yourself.

I loved watching the magic happen between Sam and Dorthy. she’s convinced that every bad thing that happens around her is her fault, seeing how Sam calms her, gives another possible explanation and simply loves her through the changes that are happening in her life simply captured my heart. Dorthy grew from having a very small circle of comfort to truly believing in herself, it was an amazing journey to watch her grow. We’ll run into several unique, and, for me, well-loved characters, in DORTHY’S DISASTERS, and it was such fun catching up on their lives. I had such a good time with these characters and would happily recommend this story or any in this series to Western Historical Romance readers who love a good romance, interesting characters and the unexpected.

Dorothy Roller
5.0 out of 5 stars Unexpected story that you will love.
Reviewed in the United States on April 14, 2019
This is such a fun book to read and watch it all unfold for a teacher Dorthy from the Wigg School and Foundling Home.

She is being sent out as other teacher have to start their own school based on Madame Wiggs’s ideals for a good school. So as all the other teachers she becomes a mail order bride.
She feels she shouldn’t do this as she seems to be a walking disaster. Oh my, things happen around her all the time. But she gets on the train to head to New Mexico only to keep having things happen. When she gets to Independence she has an overnight stay only she has an accident that puts her out for days and in the hospital.
Meanwhile her fiancée gets arrested and the sheriff also finds out that she was in an accident trying to get to New Mexico so he feels he has to go to Independence to inform her of her fiancée’s arrest.
His niece tells him she is going with him since he can’t be with her alone as it could ruin her reputation.
This book is a page turner and I know you will read it to the end. It is such a unique story, nothing like I’ve ever read before so get it and I guarantee you will love it like I did.
Read more
2 people found this helpful
Helpful
Report abuse
See all reviews