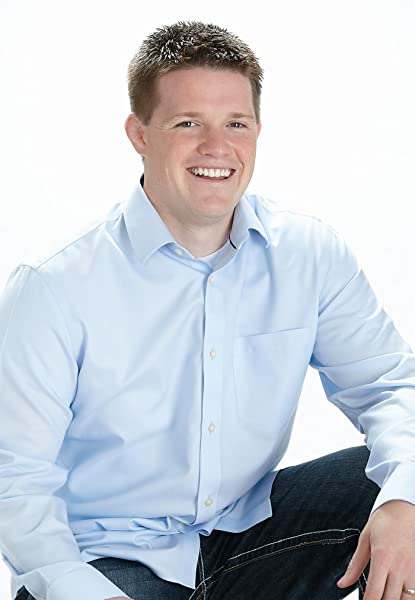 "Russell has spent over a decade successfully starting and scaling companies online. This book takes the best of what he's discovered from over 1,000 unique split tests, tens of millions of visitors online and broken it down into a simple process that ANY company can use to geometrically improve their traffic, conversions and sales online." -- Anthony Robbins

"Russell is not a 'pretend' expert, but someone who has actually built one of the most successful businesses I know teaching entrepreneurs how to employ online marketing in their business that achieve exceptional results." -- Bill Glazier

"I sit now, as infrequently as possible, in meetings with young online marketing people demonstrably devoid of any disciplined thinking. They are full of opinion and youthful hubris but very short on facts. I do not want to share a foxhole with them or depend on them. I would risk it with Russell." -- Dan Kennedy

"I can say, without a second's hesitation, that Russell Brunson's "DOTCOM Secrets" book trumps all of them." -- Allan Tutt, Amazon Customer

"If you want to know how to prime a customer for a purchase and un- derstand how to get people to sell themselves on your product, then this is the book." -- Linda Leon, Amazon Customer

"There is nothing to not like! The explanations are so clear. Combined with Expert Secrets you can learn all you need to skyrocket your business success beyond your wildest imagination." -- Stan, Anderton

Russell Brunson is a serial entrepreneur who started his first online company while he was wrestling at Boise State University. Within a year of graduating he had sold over a million dollars worth of his own products and services from his basement!

For over 10 years now Russell has been starting and scaling companies online. He owns a software company, a supplement company, a coaching company, and is one of the top super affiliates in the world.

DotComSecrets was created to help entrepreneurs around the world to start, promote and grow their companies online.

Before we get started, I want to introduce myself and let you know what this book is about (and more importantly, what it’s not about).

This book is NOT about getting more traffic to your website―yet the “DotComSecrets” I’m going to share with you will help you to get exponentially MORE traffic than ever before.

This book is NOT about increasing your conversions―yet these DotComSecrets will increase your conversions MORE than any headline tweak or split test you could ever hope to make.

If you are currently struggling with getting traffic to your website, or converting that traffic when it shows up, you may think you’ve got a traffic or conversion problem. In my experience, after working with thousands of businesses, I’ve found that’s rarely the case. Low traffic and weak conversion numbers are just symptoms of a much greater problem, a problem that’s a little harder to see (that’s the bad news), but a lot easier to fix (that’s the good news).

Recently, I had a chance to fly to San Diego to work with Drew Canole from FitLife.tv. He had built a following of 1.2 million followers on Facebook, but because of some changes at Facebook, his traffic had dropped by 90%. He was now spending $116 to sell a $97 product. He was no longer profitable.

Drew’s team called me because they wanted help with two things: traffic and conversions. I smiled because that’s why most people call me. They usually assume that I’m going to help them tweak a headline or change their ad targeting, and solve their problems. But I knew that, like most companies I work with, FitLife.tv’s problem wasn’t a traffic or conversion problem.

More often than not, it’s a FUNNEL problem.

After listening to Drew and his team share with me all of their numbers, their pains and frustrations, and their ups and downs, I sat back in my chair and told them they were in luck.

“You don’t have a traffic or conversion problem,” I said.

“What are you talking about? Our traffic is down 90%, and we can’t break even converting our customers!” Drew said.

“The problem is you can’t spend enough to acquire a customer, and the way to fix that problem is to fix your sales funnel,” I replied calmly.

One of my mentors, Dan Kennedy, says, “Ultimately, the business that can spend the most to acquire a customer wins.”

The reason Drew’s business wasn’t making money was because he wasn’t able to spend enough to acquire a customer. If we fix his sales funnel so that instead of making $97 for every $116 he spends, he can start making two to three times as much money for each sale―and then the whole game changes. Suddenly, he can afford to buy more traffic from more places; he can outbid his competitors, and he can spend two to three times more than he is now, all while becoming exponentially more profitable.

So, what changes did we make to Drew’s business? How did we take a sales funnel that was losing money and transform it into a tool that allowed FitLife.tv to spend MORE money than its competitors, while gaining more traffic, more customers, and more sales? THAT is what this book is about.

This book will take you on a journey similar to the one I took Drew and his team on. It will help you understand how to structure your company’s products and services in a way that will allow you to make two to three times as much money from the same traffic that you’re getting now. And when you follow the steps, you’ll open the floodgates, allowing you to spend a lot more money to get a lot more new customers.

This book will also show you how to communicate with your customers in a way that makes them naturally want to ascend up your ladder of offerings and give you more money as you provide them more value.

Once you know the foundational concepts behind DotComSecrets, we’ll dive into the phases of a sales funnel and explore the building blocks you will need to use in each phase. Finally, I will give you the seven core sales funnels I use in all my companies, plus all of the sales scripts we use to convert people at each stage in those funnels. You can choose to copy my proven funnels and scripts as is, or you may tweak them to better fit your particular business.

When you implement each of these secrets, you will transform your business and your website from a flat, two-dimensional company into a three-dimensional sales and marketing machine that allows you to outspend your competitors, acquire an almost unlimited number of new customers, make (and keep) more money, and most importantly, serve more people. That is what this book is about.

Page 1 of 1 Start overPage 1 of 1
This shopping feature will continue to load items when the Enter key is pressed. In order to navigate out of this carousel please use your heading shortcut key to navigate to the next or previous heading.
Back
Next
Pages with related products. See and discover other items: direct sales, business strategy, publishing company, sales management, the white company, Facebook Books