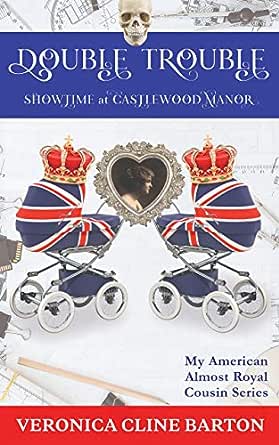 You've subscribed to My American Almost-Royal Cousin Series! We will preorder your items within 24 hours of when they become available. When new books are released, we'll charge your default payment method for the lowest price available during the pre-order period.
Update your device or payment method, cancel individual pre-orders or your subscription at
Your Memberships & Subscriptions
There was an error. We were unable to process your subscription due to an error. Please refresh and try again. 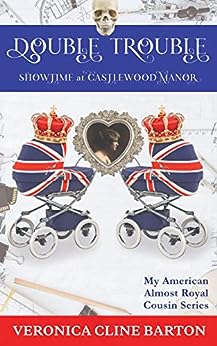 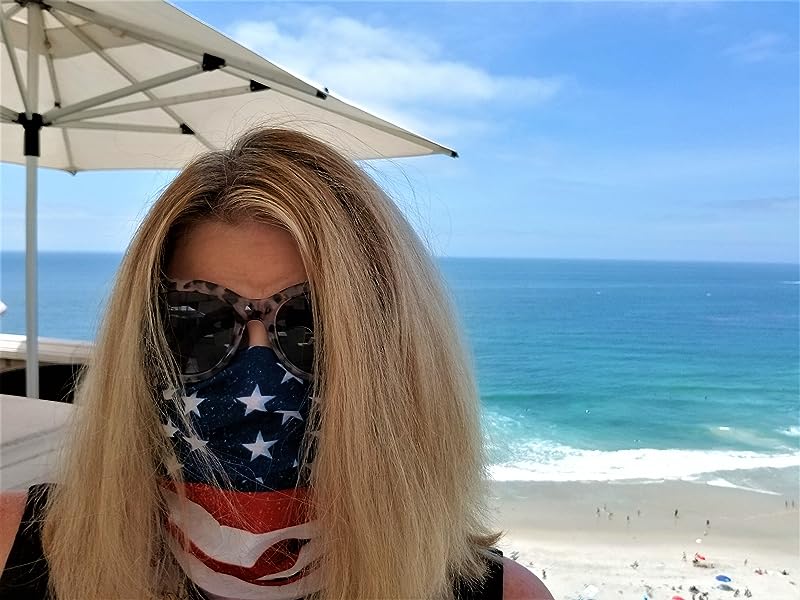 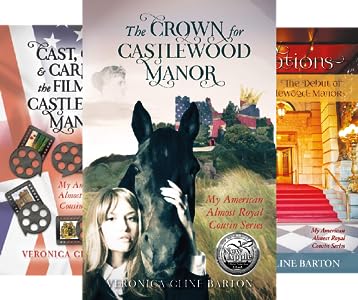 "I've been following author Veronica Cline-Barton for quite some time, and just finished reading the fifth book in her My American-Almost Royal Cousin British mystery series "Double Trouble Showtime at Castlewood Manor".  This book was such fun to read!  Who doesn't love a mystery with a family ghost, an old murder, new murders, a quirky nanny, and a wonderful cast of characters--all against the backdrop of an old English estate! The author has a way of describing their ancestral estate that makes you feel like you are in the room with Gemma, Kyle, Jillian, Aunt Margaret, and the rest of the Lancaster family at Cherrywood Manor.  The estate, the clothes, the food, the scenery!  You are no longer a spectator, but instead are working your way through events right along with family and friends!  So, grab a cuppa and cozy up with this wonderful Cozy British mystery!!  -T. Drew, Booklover
"I have read all of Veronica's books. I jumped at the chance to read an advanced reader's copy. This series has cemented my feelings about reading cozy mysteries in general, I love them.  It is wonderful to see many of the same characters again, they are starting to feel like old friends.I award 5 stars to "Double Trouble"! You can't go wrong with this series or this book.."-M.S., Goodreads ARC Review

Veronica Cline Barton earned graduate degrees in both engineering and business and has had successful careers in the software and technology industries. Her lifelong love affair with British murder mysteries inspired her to embark on a literary career. She loves all things glamorous; royals, acting, fashion (emphasis on boots and crowns) and loads of yummy foods and cocktails. The Crown for Castlewood Manor is the first book in the My American Almost Royal Cousin series, followed by Cast, Crew, & Carnage; the Filming of Castlewood Manor; Deadly Receptions, the Debut of Castlewood Manor; and Mistletoe and Mayhem, Yuletide at Castlewood Manor. Stay tuned for the fifth book in the series, Double Trouble, Showtime at Castlewood Manor, coming July 4th! When not traveling and spinning mystery yarns, she lives in California with her husband, Bruce, and her two cats, Daisy and Ebbie.