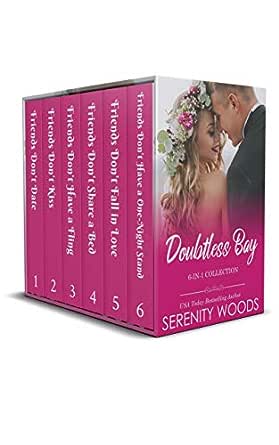 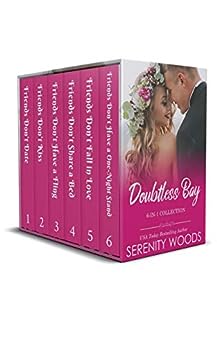 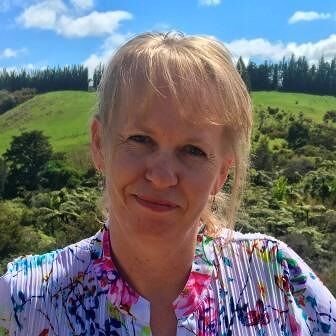 Diana in SC @AudiobookObsession
5.0 out of 5 stars Romantic and steamy series set in New Zealand
Reviewed in the United States on January 6, 2021
Verified Purchase
This is a lovely romance series with characters I love. The gorgeous seaside town in the subtropical Northland of New Zealand is the perfect location as well. I recommend this boxed set to all fans of contemporary steamy romance.
Read more
Helpful
Report abuse

Gatorfan
TOP 500 REVIEWERVINE VOICE
5.0 out of 5 stars All great reads - Stuart is one of my favorite heroes...
Reviewed in the United States on December 3, 2020
DOUBTLESS BAY is a collection of 6 books, all standalone reads with happy ever afters. They have some sexy scenes if that is an issue for you. I loved this series and highly recommend all 6 books. All the books have the same characters as they are all friends and run in a group. They are set in New Zealand.

FRIENDS DON'T DATE -(previously Treat with Caution) - Tasha and Kole, best friends have spotted a shop in town that they both want for their new business. They decide to make a bet with the winner getting the shop and no hard feelings. They bet that they can make the other person fall in love with them. So they set out to seduce the other one. This is a good fun read. 5 stars.

FRIENDS DON'T KISS- (previously Treat Her Right) - Joss helps his divorced sister with her 4 children. He also cares for his dad with dementia and his mother with M.S. It is a lot of responsibility for a young man. He is under a lot of stress and doesn't have a lot of time for himself. Maisey has been in love with him for years. She has offered him a little relief from the stress. SEX. Joss feels she is too young and immature for him. But things have a way of working out. 5 *

FRIENDS DON'T HAVE A FLING- (previously A Rare Treat) Stuart, 28 is a high school teacher and is married to a total shrew. They have never consummated the marriage because she always has some kind of issue. He doesn't press it because she then gets worse! He finally gets out of the marriage but he is still very inexperienced in the bedroom. Elle has always had a little thing for Stuart and when she finds out what his issue is she offers to help. she takes him to the shore to spend the week-end. I really like Stuart and then Elle for having such a big heart. Great read, one of my favorites. 5 *

FRIENDS DON'T SHARE A BED - (previously Trick or Treat) Fox is a chef and owns a high end restaurant in town. Ten years ago he met Caitlin at a Halloween party. She was 16, and he really fell for her. She had the dad from the devil and he breaks into the party and drags her home. They were never allowed to date. Now, 10 years later he sees her again in costume. She doesn't think he will remember her but he does. 5*

FRIENDS DON'T FALL IN LOVE- (previously A Festive Treat) - Skye returns to New Zealand after being gone for over 5 years. On the plane from London to New Zealand she sits next to Owen. He is HOT, HOT, HOT but she is not interested. She will be leaving again in a couple of months. But plans don't always work out. 5*

FRIENDS DON'T HAVE A ONE-NIGHT STAND - (previously No Way to Treat a Lady). Hayley is Joss's sister. She has a big conference coming up over a week-end so Joss agrees to babysit. Hayley is divorced with 4 children. She believes she will never find love again. That is until she meets Jed and her life changes forever. 5*

I was not paid for these reviews. I am not a writer nor do I know one. I am not kin to this author. I am a reader and this is my opinion, nothing more, nothing less. 12/3/2020
Read more
3 people found this helpful
Helpful
Report abuse

M-
5.0 out of 5 stars Get the Box Set! You won't regret it!
Reviewed in the United States on December 4, 2020
I started out Reading Book 1, then immediately had to track down Books 2-4. I wish I had just started with this Box set to save myself the trouble! Each book is a stand-alone, but it is fun to see the other characters in each of the stories. Each story is completely different with its own twists, turns, and steam! A must read for anyone who loves to read!
Read more
Helpful
Report abuse

Kindle Customer
5.0 out of 5 stars Treats to tempt you
Reviewed in the United States on December 30, 2020
This is absolutely one of my favorite series ever. I’ve read a few times and still love them. Great couples, great stories, and I wish there was a chocolate place like this near me. These girls are awesome and the guys are great too. You will love these books.
Read more
Helpful
Report abuse

Dotty
5.0 out of 5 stars Best books you'll read
Reviewed in the United States on December 3, 2020
This is a great group of books and a wonderful series all the stories are guaranteed happy ever after I loved every one of them.
Read more
Helpful
Report abuse

chas
5.0 out of 5 stars Wonderful series
Reviewed in the United States on January 24, 2021
It was hard to put this series down. I struggle with dyslexia so Ella's store really hit home with me.
Read more
Helpful
Report abuse
See all reviews