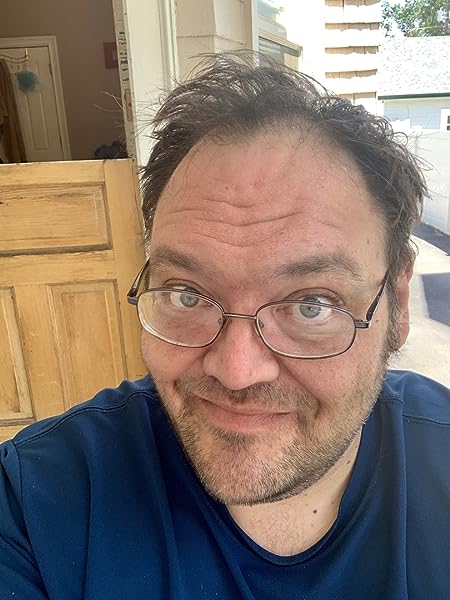 Douglas Shoback scribbles down words that, for some odd reason, are published and read. By actual people.

He has a Masters in English, Cultural Studies, and Film.

In the mid-2000s, Douglas taught Creative Writing and Composition Studies at the University of Northern Colorado. He went on to teach high school English and then moved to London for five years--ironically teaching English Literature and Composition to British Secondary School students.

Teaching became too overwhelming and he moved back to the United States and rebooted his life in his home, Colorado.

He is a proud Whovian. Bow ties are cool and kindness means everything.

Douglas is currently working on a collection of two short stories due at the end of 2020.

Please bug him to write more at: doug@douglas-shoback.com 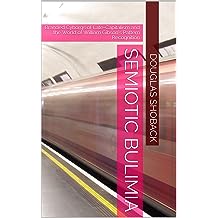 Semiotic Bulimia: Branded Cyborgs of Late-Capitalism and the World of William Gibson’s Pattern Recognition Aug 11, 2017
by Douglas Shoback
( 1 )
$4.99
In Trump's America, our identities are in constant flux. Fake News, gaslighting, lies, attacks on the Fourth Estate, all cogs of an empty signifier held by the Brand in 21st-Century Capitalism. Meaning is in constant fluctuation, a truth becoming a lie in just a second. Our identities changing daily by the bombardment of 24-hour news cycles and the constant flow of information from our mobile devices. What is true and what is false anymore?

In the 70's, 80's, and 90's, we were certain about things. We knew what was true and what was false, or so we thought. We bought physical products that remained the same every day. Fireball Mountain would always be impossible to play. Nintendo and Sega gave us mascots we could rely on.

Then something happened. The world tilted a bit. And things became strange and full of multiple meanings. The internet and the iPhone gave the masses access to all the knowledge of humanity. We thought we'd become enlightened. We thouught with this access to all the information ever recorded throughout human history, people would make intelligent choices. Opinions would be critically examined. The marketplace of ideas would be flooded.

But no. We got Facebook. We got Twitter. We got 4Chan and 8Chan and trolls and misinformation and augmented reality--so real, yet not. We became sponges for lies. And our identities changed. The world's meaning changed.

2016 happened. And we needed guidance from the past. And so, we looked to our authors who try to predict the future. This is what happened:

Science Fiction (SF) author William Gibson has never been one to shy away from the problems of semiology in late-Capitalism and post-modernism.

His novels deal extensively with the functions of the technological apparatus in relation to human bodies. Bodies in Gibson novels are depicted as flesh machines, a fusing of biological and mechanical parts creating something not quite human but not without humanity: a cyborg. With Gibson, The natural world becomes attached to and defined by the gray starkness of technology. In turn, these worlds are controlled by omnipotent corporations and hyper-Capitalistic enterprises, suspended between the identifiable "natural" human and the controlled and created identity of the machine.

Because the "natural" human identity within Gibson novels is intertwined with the created technological identity, these novels inherently focus upon a crisis of representation in a world with no definitive separation between technological meaning and "natural" meaning--Gibson novels focus upon the crisis of meaning within a world overwhelmed by an innumerable amount of signs. In the 21st century, where the sign has become the main method of establishing an identity, it is increasingly important to see where these signs are created and, more importantly, where the signification comes from.

And in 2019, the sign and signifier both come from late Capitalism corporations. No longer is a product the focus of the Corporation, but the lifestyle of those who consume the product. Just like a William Gibson model, those of us living in the second decade of the 21st century have become cyborgs, branded by Corporations, our lifestyles determined by the branded ideologies created by these Corporations.

Our identities reliant upon modern Capitalist methods of branding. We are cyborgs of the 21st century, both through technological enhancement and in identity formation. Our bodies the playground of the sign, the signifier controlled by the company or the CEO. Or even information itself.
Read more
Other Formats: Paperback 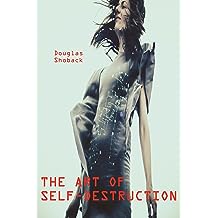 The Art of Self-Destruction Jul 18, 2013
by Douglas Shoback
( 3 )
$0.99
What is profoundly disturbing about the rooms is not their construction—they are only as big as a walk-in closet, minus the clothes and shelves and racks. It is what is held within them: women created solely for the pleasure of men.

These coded women, however, are for a more visceral type of enjoyment than sex. They exist to be killed killing.

Programmed solely to be violently harmed by the men who rent them, these holograms, called “hommies”, do not fight back. They do not question their intent. These women willingly give themselves completely to the man who rents them, disappearing back into software and code once the blood is done flowing.

Until there is a glitch. A bug in the program. And one of the women, a hommie, starts to question her existence—at the expense of her user’s...
Read more
Other Formats: Paperback