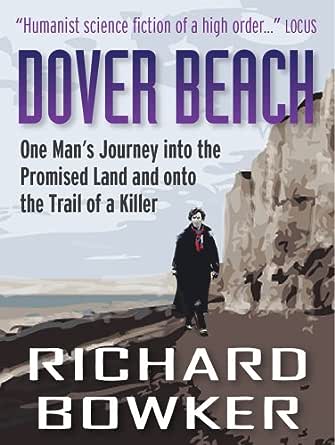 You've subscribed to The Last P.I. Series! We will preorder your items within 24 hours of when they become available. When new books are released, we'll charge your default payment method for the lowest price available during the pre-order period.
Update your device or payment method, cancel individual pre-orders or your subscription at
Your Memberships & Subscriptions
There was an error. We were unable to process your subscription due to an error. Please refresh and try again. 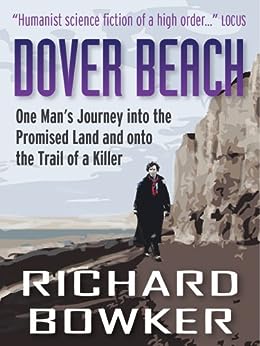 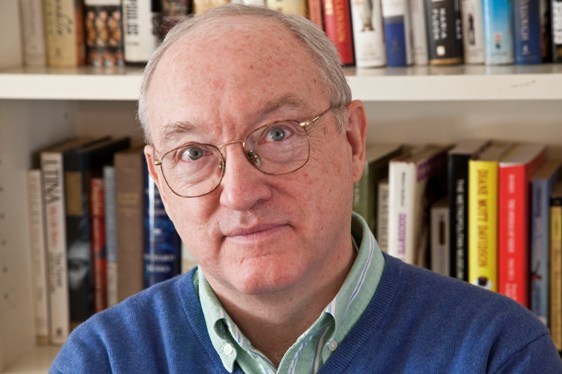 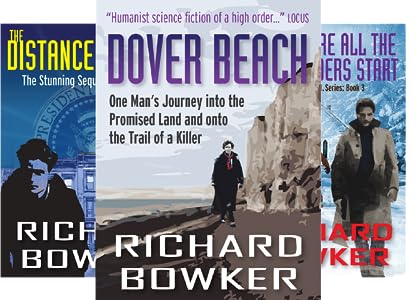 Grady HarpTop Contributor: Children's Books
HALL OF FAMETOP 100 REVIEWER
5.0 out of 5 stars "Controversial New Cloning Technique Defended."
November 7, 2018
Format: Kindle EditionVerified Purchase
Massachusetts author Richard Bowker has published eleven novels in the genres of science fiction, mysteries and thrillers. He also is a humanist and a pianist and one of the more clever bloggers on his own webpage, offering insights into the arts as well as to the political clime. Richard describes DOVER BEACH as a private-eye novel set after a limited nuclear war, in which the would-be private eye tracks down a killer while learning something about himself and his world. It is the initials volume of The Last P.I. Series – THE DISTANCE BEACONS and WHERE ALL THE LADDERS START. Wally Sands is the private eye of all three books.

Each book in this series is a stand-alone novel, but knowing the sequence of the entire series pulls the reader into beginning the journey. Therefore, the overall synopsis is shared: DOVER BEACH - In an America broken by a "limited" nuclear war, no one has use for would-be private eye Wally Sands. No one except for Dr. Charles Winfield, an eccentric scientist who believes he was cloned from a prominent biochemist as part of a top-secret project undertaken before the war. Sands sets out to find Winfield's mysterious progenitor, but finds himself on the trail of a killer instead. Now, in far-away, fabled England, Sands must uncover the facts about the case that has brought him to his promised land, and at the same time confront the unsettling truth about his world, his life, and his loyalties. A story of love and betrayal, life and death, the future and the past. A story that will make you laugh, make you cry—and make you think. THE DISTANCE BEACONS - Walter Sands, the private eye of Dover Beach, returns in this memorable sequel. The president of the United States has arrived in Boston. Her job: convince New England to become part of the new government formed in the aftermath of nuclear war. Walter's job: protect America's President from The Second American Revolution, a shadowy group intent on foiling her plan. Then the president is kidnapped and Walter moves from private eye to prime suspect. But Water refuses to give up hope. With the help of his friends, he must save her to save himself. And, perhaps, he can save America, too. WHERE ALL THE LADDERS START - In crippled, post-nuclear Boston, private investigator Walter Sands is neck-deep in the mysterious--and possibly miraculous--disappearance of Flynn Dobler, the charismatic leader of the Church of the New Beginning. Meanwhile, the governor of New England orders Walter to follow the head of a Federal delegation charged with negotiating a vital treaty, a man who the governor suspects is fomenting a revolution. Before long, both cases collide, and Walter's life hangs in the balance.

Now with the spectrum intact we can dig into the first book and enjoy the sparkle of Richard’s remarkable prose as he opens this journey – ‘It was one of those gray December days that freeze the soul as well as the body. The stack of unread books grew smaller; the fire in the wood stove was dying; I was thinking (not for the first time) that I was in the wrong line of work. Then I looked out my window and noticed the stranger standing in the slush below. I quickly looked away. Didn't want to scare him off. I imagined him staring at the sign in the window and wondering whether to come up; it wasn't a very good sign, after all. I put the book down and waited. I heard the downstairs door creak open, then slam shut. I heard slow footsteps on the stairs; it was dark out there. The footsteps stopped outside my frosted-glass door. There was a pause, then a loud rapping. I took out my .38 caliber Smith and Wesson automatic and aimed it at the door. You can't be too careful nowadays. "It's open," I called out pleasantly. The stranger stepped inside. He stared at the gun. I stared at him. Tough to make out very much in the semidarkness, except that he was well dressed—absurdly well dressed. "Mr. Sands?" he inquired nervously. The accent was Southern; he managed to make two syllables out of my name. "That's right." "The private investigator?" "That's right." "I may have a case for you." I motioned to a seat across the desk from me, and I put the gun away. The man sat down. I lit the oil lamp on my desk, and we took a good look at each other. Straight black hair, eyes the color of my stove. Sloping jaw, good skin—tanned. He was about my age, but I had a feeling the similarity ended there. The hands he was rubbing together were well manicured; the overcoat he wore looked new. "Now, what can I do for you, Mister..." "Winfield. Doctor Charles Winfield." "Ah."

The quality of writing matches the uniquely timely and poignant story. Look around and see how keenly Richard has discerned possibilities and has woven them into humanist science fiction as fine as any writer today. Highly Recommended. Grady Harp, November 18

John H. Manhold
3.0 out of 5 stars Interesting story that somehow ‘just misses’.
November 14, 2018
Format: Kindle EditionVerified Purchase
Dover Beach ISBN: 978161417370, ePublishing Works, copyright (1987, 2012) and written by Richard Bowker.
This “The Last P.I. Series, Book One” is a novel about a man who, quite impressed with stories of the old fictional private investigators, attempts to establish himself in such a profession. There are numerous problems with such an endeavor, not the least of which is that he is one of the remaining survivors of a catastrophic war. Now living in Boston which is largely devastated as a result of the nuclear and other attacks followed by “Frenzy” riots that have left much of the United States in rather dire straits, he is with a small compatible group that together eke out a living of sorts. His personal main source of income is riding shotgun for a ‘trader’ who gathers and dispenses various items that others find useful. However, he posts an ad as being a P.I. for hire and the ad actually is answered by a doctor from Florida who apparently has a considerable amount of money in spite of the wide spread devastation. The good doctor believes he is a clone of a scientist who had been involved in a clandestine government project. The scientist now is thought to be dead, but possibly not because he had been one of the investigators who had been shipped to England to continue the secret project. They make the extremely expensive trip to England, which apparently had not been that much affected by the war. Most of the ensuing action takes place there as his sleuthing eventually finds the scientist. He arranges a meeting where the cloning relationship is denied with devastating effects on the clone and subsequent action continues to uncover a convoluted plot that includes several murders and other unsavory activity with attachments back in the States.
Discussion: This book does qualify for the statement on the cover “Humanistic science fiction of a high order…” from the fact that the subject is about human cloning. Specifically however, much of the story is a somewhat slow moving progression through part of a dystrophic world inhabited by ‘lost’ individuals until arriving in England where the plot provides some interesting twists with an amusing and pertinent notation referring to the plot of The Maltese Falcon. The interest generated by the latter part of the story would seem to have benefitted from a somewhat stronger ending.
Read more
2 people found this helpful
Helpful
Comment Report abuse

Shanell
4.0 out of 5 stars It was interesting and kind of a different kind of PI story
November 14, 2018
Format: Kindle EditionVerified Purchase
This is kind of an interesting mix of PI novel mixed with post-apocalyptic disaster. The story follows Wally Sands who is a survivor of the war and aftermath. As things slowly come back to life Wally decides to take his special talents and use them as a PI to help people reunite with loved ones after the war. No one really is interested in his services, at first but soon he finds himself traveling across the sea to find his first missing person only to be led on a crazy adventure. The story is pretty fast paced and easy to follow. It kind of has some predictable places but all books do. I enjoyed the character personalities as the story builds. Overall I enjoyed reading this book even though it’s not my normal reading style. The author has an interesting writing style that makes me want to pick up the rest of the series!
Read more
3 people found this helpful
Helpful
Comment Report abuse

mint tea
4.0 out of 5 stars Good storytelling!
November 19, 2018
Format: Kindle EditionVerified Purchase
This book is about a private eye who is working in a world that is much different from ours. Yes, it is in America, but there are many things that make it distinctive from the present time period. I like the character of Wally because he is flawed, but also displays good qualities. I also like the settings that are visited and described rather well. The story itself has parts that are reminiscent of other things I have read but it is unique in the little things that make this one stand out. Namely, it is the fact that the US is essentially in ruins and that many things have changed. I laughed at the part about McDonald’s. There are great moments of intrigue and whenever major plot points are revealed, you can tell what a great storyteller the author is. Read this one if you like a good detective story.
Read more
3 people found this helpful
Helpful
Comment Report abuse
See all 65 customer reviews
Write a customer review