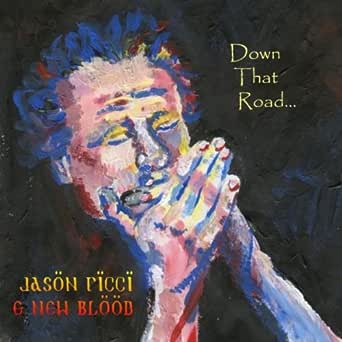 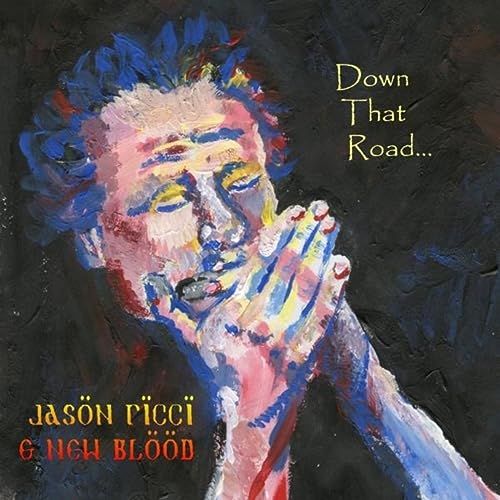 Down That Road... [Explicit]

Mr. Mambo
5.0 out of 5 stars It Just Does Not Get Any Better Than This
Reviewed in the United States on August 3, 2015
I have played harmonica for many, many years, and I have seen most of the great players in action. Those who stand out for me are Sonny Boy Williamson, Toots Thielemans, Rod Piazza, Gary Smith, Howard Levy, Kim Wilson, Sugar Blue, Magic Dick, Paul Butterfield, Carlos del Junco, Lee Oskar, Charlie Musselwhite, George Smith, Brendan Power, James Cotton, and of course, Walter Jacobs. And still, there are so very many great players that I did not even name in that first listing. But I have to put this young man, Jason Ricci, right up there with the greatest, most inventive, innovative and technically amazing players of all-time. He does things with this humble instrument that no one else before him has ever done, and perhaps could not do!
Before I go further, a word about the absolutely stunning guitar work on all of the New Blood albums, by Shawn Starski. It would be difficult to imagine better lead and rhythm playing going down, in such a wide variety of musical types. Starski's playing is perfect throughout. So incredibly facile and powerful, this guy can simply wail!
This disk is comparable to the other Jason Ricci/New Blood collections: bluesy, rocking, classical, lyrical, sweet, romantic, jazzy. Way, way more versatile than any other harmonica albums you will ever hear. It does contain some exciting "live" versions of tunes from Rocket Number 9: Snowflakes and Horses, The Eternal, and The Way I Hurt Myself.
I just love the hoarse, raspy singing of Jason, which reminds me of the vocals of the original punk bands. When it comes to harmonica....forget it. The tone is to die for! This guy is an absolute, stone-cold wizard, so good it's scary. All those guys I named above? NONE of them, except maybe Carlos, can even come close to him.
Another reviewer mentioned his drug issues, and I sincerely hope he can overcome them.
The shuffle is a blues staple, and it's played by every blues band in history, in one form or another. There is a seven-minute fast shuffle on this album, Too Many Drivers, which just might be the BEST fast shuffle, in terms of harp playing, that I have ever heard.

Somebody of no consequenceTop Contributor: Blues Music
4.0 out of 5 stars Hopefully this isn't the final coda for New Blood, but it may be
Reviewed in the United States on December 14, 2014
What is there to say about Jason Ricci? Sometimes brilliant musicians just self-destruct. For a while, Jason Ricci & New Blood looked like the hot new thing in blues: a showcase for harmonica ace Jason Ricci and guitar phenom Shawn Starski to play a kind of hard-rocking blues that can go from a Misfits cover to a Sun Ra cover without ever sounding like a novelty act. Unfortunately, Jason's substance abuse problems have led to legal issues that prevent the band from touring. Shawn Starski has gone on to record a pretty cool solo album and hook up with Otis Taylor, but New Blood may be no more. This compilation of live tracks may be the last we get from the band, and it is particularly uncomfortable to listen to Jason's monologue in the middle of Snowflakes & Horses about trying to get his life together knowing what has happened since. Nevertheless, the band is as tight as ever here. The sound quality is good, but not excellent, probably because these are compiled after the fact with an eye towards an album release rather than planned ahead, and the selection isn't as eclectic as the band could get, but there isn't a missed note here. Too bad. I want more, and so do a lot of other fans.
Read more
4 people found this helpful
Helpful
Comment Report abuse
See all reviews