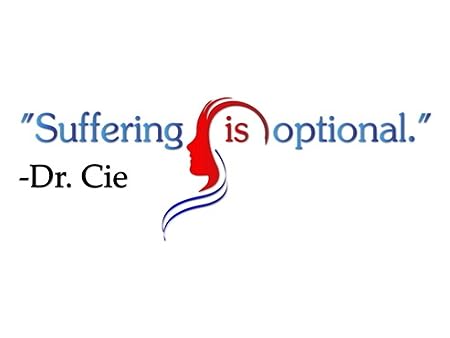 Dr. Cie Scott is a “Media Psychologist”, author, and International Keynote Speaker. Dr. Cie has over twenty-five years of experience as an actress, TV host and narrator, including voice-overs for more than 100 productions. Dr. Cie is a seasoned television producer who has successfully transitioned from working in 'front of the camera' to working, 'behind the camera'. A published author of both text and audio books, she is also the writer of TV commercials, infomercials, episodic and "how to" daytime TV programs, music videos, and thought-provoking, “Dr. Cie Tips” for the body, mind, and spirit.

Once specializing in Direct Response advertising, she uses her degree in Psychology to influence and inspire television viewers. With experience as a powerful teacher, Cie's careers in modeling, acting, and hosting, afforded her a unique education which included improvisation and comedy. She played prankster parts on Totally Hidden Video, Saturday Night Live, and also performed stand-up comedy at The Improv in L.A. Cie understands the value of a comedic edge and uses humor divinely in hundreds of celebrity interviews for FOX, ABC, CBS, and UPN television.

Feeling creatively incomplete reading lines for recurring roles on General Hospital, Baywatch, and many other episodics, her self-expression took over and she created Infinite Power, a daytime TV show which she grew from three markets to 186 on major networks. Executive Producing her show afforded her the opportunity to learn most TV production jobs and successfully syndicate her own show. Focused on her tasks, she became an excellent writer; advertising clients were also pleased with her ability to research and execute meaningful scripts. As a former owner of a production company, she also produced commercials for large, world-wide companies such as LifeFitness, Toto, and Stevia. She has created and produced martial arts videos, exercise videos, as well as TV pilots, such as The Most Beautiful Women in the World, with Tippi Hedron and Gena Lee Nolan.

Dr. Cie Scott now cherry picks TV and film projects, writes inspiring self-help books and magazine columns, and is a voting member of the Academy of Television Arts and Sciences. She is also a member of both SAG and AFTRA. She currently spends much of her time lecturing throughout the world and appearing as a television host or guest, offering “info-tainment” and lively, enlightening self-help.

As an actress, TV host and producer, "Dr. Cie" earned 8 Tellys, 2 Vision Awards, and 2 Emmy nominations for production and hosting. Dr. Cie lives with her husband of over 15 years and her three Papillons, also serving as Therapy Dogs in the community. 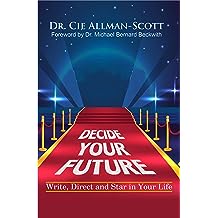 Decide Your Future: Write, Direct and Star in Your Life Apr 11, 2019
by Dr. Cie Allman Scott, Dr. Michael Bernard Beckwith
( 10 )
$7.01
What if you made the right decisions in your life, time after time, moment by moment? You would reach your goals and dreams exponentially faster than expected. Would you like to see your life constantly improving? This personalized, linear and uncomplicated process will apply your values, needs and wishes to any endeavor, so your outcomes will be customized to your personal desires.

“Your life is the sum of your decisions. If you want a better life, make better decisions!”

Benefits of this book:

A TRUE SENSE OF PURPOSE

“Attain all you desire by choosing well and directing your life to succeed at every goal.”-Dr. Cie

You will never make another decision you need to second guess. Every choice you make will be self-assured and firm. Dr. Cie gives you the magic 7 steps to create the life you always wanted, decision by decision, so you can turn your ship around today! Increased confidence, better communication, and clarity of your intuition are immediate! Live your life with unlimited happiness and prosperity, less dreaded stress and naturally better health. You will be firm in your path, moving always toward the things you want and away from hindrances and obstructions. Control your mind and your life today and have the happy breakthroughs you have wanted! You have a ‘tool for life’ that you can re-use for every decision in your future! It works for everyone, and decisions are always correct and individualized for YOU! REALLY! It’s that simple, so get yours today!
Read more
Other Formats: Paperback