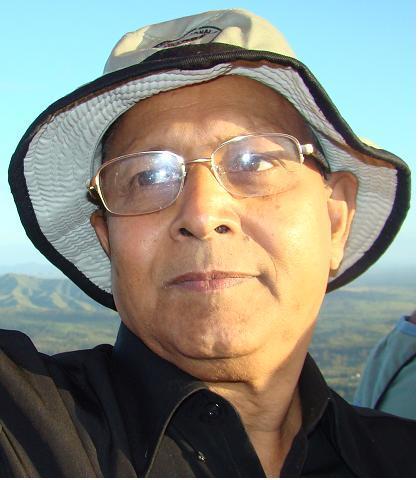 Dr. H O Srivastava was born in Ghazipur, India and is a Scientist in the stream of Broadcasting. He is the president of World Development Foundation and Chief Executive Officer of OSBS Pvt. Ltd. He is Honorary Director & member Governing Council of Technical Education & Research Institute, Ghazipur, Member of Governing Council, IIMT, Meerut, Broadcast Engineer, consultant, Visiting professor and academician. He is former Addl. Director General of All India Radio and Doordarshan.

He has written several Books in the area of Mass Media, Communication, Management and Philosophy and published more than 150 research papers and articles in national and international journals. His books are used as reference books for mass communication and journalism courses in several Indian Universities.

He has been forecasting technology and market changes. He has received several National and International awards including a Life Time Achievement award for excellence in Broadcasting.

His biographical details are available at: 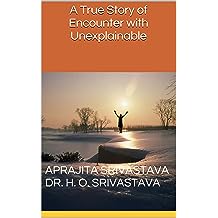 A True Story of Encounter with Unexplainable May 12, 2014
by Aprajita Srivastava Dr. H. O. Srivastava, Dr. H. O. Srivastava
$9.99
The universe is mystique. There are many dark things which we don’t know nor want to know. The events of life, reason for existence and after life have always remained mysterious. Mankind has been trying to find the secret of life and beyond. Many believe in the incarnation and after life. Many don’t. From the time immemorial, people have been searching truth. The religion all over the world have preached about it based on their faith and experience. Three-fourths of the world's population believe in the concept of reincarnation. Christian Church accepted the teaching of St. Athanasius and his allies, that Christ was the incarnation of the eternal second person of the Trinity. The resurrection of Jesus is attested in all four Gospels. Hindus believe that the soul reincarnates again and again on earth until it becomes pure and reunites with its source. According to Hinduism, a soul has to live many lives in many forms and undergo many experiences before it attains perfection and becomes one with the Divine. Hindus also believe in ghosts and spirits. Yajurveda (Sanskrit texts of India's ancient spiritual culture) contains hymns to exorcise to ward off evil spirits and seek protection against evil spirits.

The book, “A True Story of Encounter by Unexplainable” is based on a firsthand account of a true event. However the names of the characters, places, and persons have been changed so that their identity is not revealed. The main character of the novel, Venkat suffers from strange phenomena. He gets dreaded dreams. He is haunted by someone in the dream who had been so dear in his life. This is a story of his girth, determination and fight with unknown and unexplainable. The incidents are unexplainable and many would feel it an imagination of mind or a psychological problem with the character. It may also be dismissed as mere hallucination. However, it is for you to believe in the story or not. Life throws many challenges, mysteries and incidents. Einstein had told, "As I have said so many times, God doesn't play dice with the world." Further he also wrote,” Try and penetrate with our limited means the secrets of nature and you will find that, behind all the discernible concatenations, there remains something subtle, intangible and inexplicable.” Henery Wadsworth Longfellow had written, “Dust thou art, to dust returnest, was not spoken of the soul.” And we cannot forget the Socrates, who had said, “that to a good man nothing is evil, neither while living nor when dead and his concerns are never neglected by god.”

Raymond Moody Jr. has discussed about near death experiences of several people in his book Life After Life with striking resemblance. Tibetan Book of Dead is meant as a guide for those who are in transit from their former life to new life.

The novel not only will take you to a totally unexplainable mystic world, but shall also show that human beings with its unlimited strength of mind and soul can surmount and overcome any situation worldly or heavenly. The book shall also try to provide a spiritual and scientific explanation of the experience. However, the authors make no pretense that they have discovered a key to similar experiences.
Read more 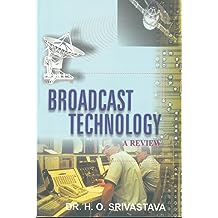 This enormous treasury of sparking memories and candid photographs presents a fascinating history of broadcast media, its development during last one hundred years and the engineering facilitating such magical network, in totality. A must buy for those in the broadcast media in any form.