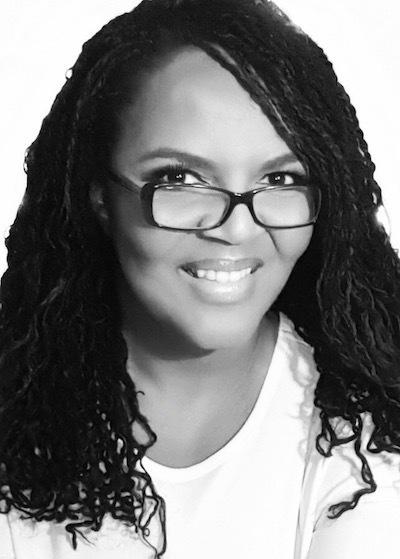 Dr. Karla Scott is an American singer, author, speaker and coach whose musical repertoire includes classical, jazz and worship. After a decade of serving military leaders-in-training at the United States Naval Academy as well as running her own music training company, she is equally at home in settings that support leaders and entrepreneurs.

Karla has traveled the world as a classical singer and teacher, been privileged to serve the Body of Christ as a worship leader and honored to impact hundreds of young musicians and influencers. Her life's purpose is to reveal and influence others for Christ wherever she is invited to serve. She is passionate about doing so and uses the Word of God, humor, music and the power of encouragement as her tools of choice.

For years, her message has enabled leaders, influencers and creatives to navigate detours, live their purpose and make a difference. Between singing, speaking, traveling and writing, you'll likely find her strolling the aisles of Target, dreaming of delicious carbohydrates and dancing wildly - although not usually at the same time.

To listen to insightful interviews with Creative Professionals, listen to Karla's CreativeTalk Podcast. Follow the link in the blog section. 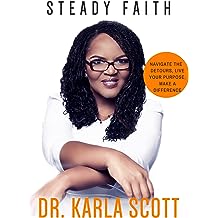 Steady Faith: Navigate the detours, Live your purpose, Make a difference Nov 7, 2017
by Dr. Karla Scott
( 2 )
$9.99
Dr. Karla Scott was raised in a home where three realities were celebrated: God, education and music. She entered college as a voice major with her sights set on singing opera. By age twenty-four she had carved out a fledgling career as classical singer and college instructor. Although musical opportunities took her to Europe, Asia, Africa and across the US, she was overwhelmed by the sense that God was calling her to leave classical performing and serve the church instead.

After resisting that calling for a few years, she eventually served various ministries as worship leader and then became Director of the United States Naval Academy Gospel Choir in 2006. The environment was challenging. Unwelcoming. Unfamiliar. Within six months she decided to quit.

In Steady Faith, Scott reveals the moment that changed her mind. She shares the key life experiences that prepared her to influence a decade of leaders at the U.S. Naval Academy. Using the unlikely tool of gospel music, she has encouraged hundreds of midshipmen, now Naval and Marine officers, to balance matters of faith, unity and diversity with the demands of military leadership.

Karla weaves letters, biblical truths and historical accounts into a heartwarming, lessons-learned book that will encourage influencers to take their faith into the marketplace. More than a memoir, Steady Faith incorporates life lessons for every reader, not just military people or musicians. If you are called to influence people, this book will encourage you to navigate life’s detours, live your purpose and make a difference.