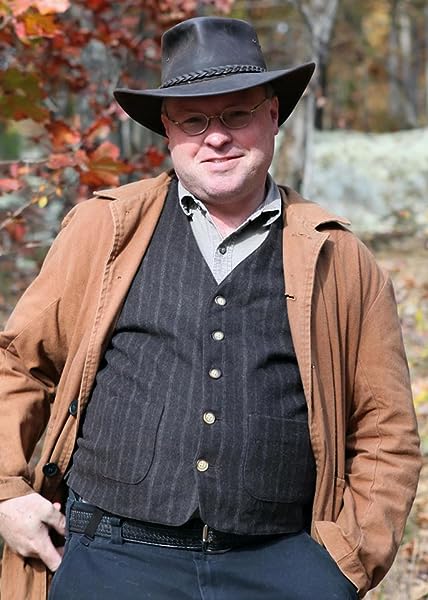 A Draft of Moonlight Paperback

Start reading A Draft of Moonlight on your Kindle in under a minute.

3.9 out of 5 stars
3.9 out of 5
10 customer ratings
How does Amazon calculate star ratings?
Amazon calculates a product’s star ratings based on a machine learned model instead of a raw data average. The model takes into account factors including the age of a rating, whether the ratings are from verified purchasers, and factors that establish reviewer trustworthiness.
Top Reviews

R.H.Burkett
5.0 out of 5 stars Houston, we have a Problem
Reviewed in the United States on April 12, 2013
Verified Purchase
Was Neil Armstrong really the first man to step on the moon, or just the first American? Did the United States win the space race or did the Soviet Union? Are there weapons of mass destruction on the lunar service or just the moon rover? A Draft of Moonlight makes you wonder about these questions and many more. Not a fan of Sci-Fi? Neither am I, but I am a fan of Greg Camp's, so I download Draft and was pleasantly surprised when I found myself not wanting to put the book down. Camp's style is witty and clever. His knowledge of the subject matter is spot-on. His characters are believable, cagey, and mysterious. Read A Draft of Moonlight by Greg Camp. You won't be disappointed.
R.H. Burkett, author
[...]

JD Mills
1.0 out of 5 stars Terrible
Reviewed in the United States on June 23, 2017
This may be the goofiest, most amateur attempt at writing a novel that I've ever encountered. I've read composition by middle schoolers that read better than this tortured prose.

I simply don't have the words. Awful would sum it up best.

Even his writers club nerd friends couldn't find it within themselves to give it more than 3 stars. That tells you everything you need to know.

Gil Miller
3.0 out of 5 stars Review for A Draft of Moonlight
Reviewed in the United States on September 12, 2013
Full disclosure here: I know the author. I'm part of his writers group. That means we critique one another honestly. How else can authors succeed if they don't have honest feedback?

With A Draft of Moonlight, I had to take a middle road. I wouldn't call this Greg's best work--he has a space opera and some Westerns that are much better written--but it's probably far from his worst (I haven't seen that yet, so maybe this is his worst).

It's not the concept I have trouble with. That, in and of itself, is probably the strongest part of the story: the idea that the Russians reached the moon before the US did, and left a nuclear weapon behind in a long-range plan that outlasted the Soviet Union itself is highly entertaining and interesting. I might have executed the story differently, but that's the beauty of different writers: we take the same idea and put a different spin on it.

The story revolves around one Robert Smith who, it turns out, is a secret agent for the US government, and his mission is to do something about the nuclear device on the moon. I won't give away exactly why--that's part of one of the twists of this tale--I'll just say it's necessary for a very good reason. There's a lot of wrangling going on, people advancing plots and trying to either counter other plots or at least figure them out, and there's even a romance subplot. What good thriller doesn't have one of those?

But if the story is strong, the writing itself leaves a bit to be desired. Especially from someone as talented as Greg is. Part of that, I must admit, is that Greg is a fan of Isaac Asimov. And while I'd be the last to diminish the late doctor, I'd also be the first to say his writing isn't for everyone. Both writers have characters who have long, somewhat intellectual conversations. We learn a lot about the characters this way, but we also sit in place for long periods of time. Granted, in science fiction, this is one of the best ways to convey lots of information about what's happened between our time and theirs, but it still gets stale after a bit. I kept wanting to tell them to just get up and do something, already.

Despite all this talking, we don't get as much internalization as I think these characters deserve. A Draft of Moonlight isn't a long book, but it could have been a bit longer and not suffered for it if there was more internalization. We rarely get to see what these characters think of the things they're going through. There are some flashbacks, as well as a few occasions when we get the exasperation or boredom or whatever, but on the whole, a lot of things happen and the characters just keep right on going without batting an eye at most of it.

I won't keep on dissecting the story bit by bit. I will recommend reading the book, though, especially if you like small twists on established history that are done well enough to leave you wondering if, possibly, this could have happened.

And, in the end, isn't that what we want out of all our stories?
Read more
One person found this helpful
Helpful
Comment Report abuse

Bryan Paschke
4.0 out of 5 stars Great political spy thriller, Science Fiction, not so much
Reviewed in the United States on April 15, 2013
A draft of moonlight is a very well written political spy thriller novel masquerading as science fiction. While the characters were very believable, the moon setting was not. Don't get me wrong, it was a very engaging story with characters I've fallen in love with (more books featuring Mr. Smith? Please?), but the whole thing could just as easily have been set in any terrestrial hostile environment.

Reader Anonymous Member
3.0 out of 5 stars A New Camp Worth Visiting
Reviewed in the United States on August 22, 2013
I'm generally not one to.pick up any book centered in politics, even if it is sci-fi. What I do like is to read the new guys on the shelf and see if there's any potential. I must admit, I was impressed. Mr. Camp managed to take a lot of the tedium out of.politics, and deliver up a good story with a surprising end. A word of caution, he is a new author so there's some rough spots, but nothing unforgivable given its his first time out of the gate. Even if you don't pick up this novel, certainly remember the name. You will see it again.
Read more
Helpful
Comment Report abuse

Pamela Foster
5.0 out of 5 stars Politcal intrigue and Science Fiction marry to produce a novel that entertains!
Reviewed in the United States on September 7, 2013
A Draft of Moonlight is a well-crafted, intelligent and entertaining book that made me think! It also made me look for more books by Greg Camp. This is science fiction for those who want some intellectual meat on the bones of their story. Excellent read.
Read more
Helpful
Comment Report abuse

Peggy
4.0 out of 5 stars Buckle up -- You're going to love Mr. Smith ... or is it Jones?
Reviewed in the United States on April 23, 2013
Greg Camp mixes an exotic backdrop, interesting characters, and subtle humor in "A Draft of Moonlight". Science fiction fans will appreciate the idea of living and mining on the moon while mystery fans will be engrossed in the manipulations performed on the characters as well as the reader. Smith, the lead character, has amusing thoughts as he discerns the traits -- and vulnerabilities -- of "The Butcher, the Taker, and the Stuffy-Air Maker". There is a bit of romantic tension as well as an undercurrent of retribution. The story has a twist and a turn that will grab you and make you think after you finish this fun read.
Read more
Helpful
Comment Report abuse

Helen E. Miller
5.0 out of 5 stars Get lost in a fun book
Reviewed in the United States on November 29, 2013
I loved it. I read it in one night. The subtle romance of the characters pulled me through the story. This book will make good Christmas presents this year.
Read more
Helpful
Comment Report abuse
See all reviews from the United States