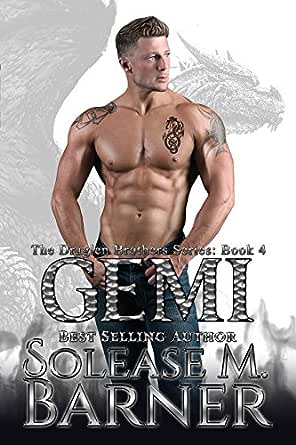 You've subscribed to The Draglen Brothers! We will preorder your items within 24 hours of when they become available. When new books are released, we'll charge your default payment method for the lowest price available during the pre-order period.
Update your device or payment method, cancel individual pre-orders or your subscription at
Your Memberships & Subscriptions
There was an error. We were unable to process your subscription due to an error. Please refresh and try again. 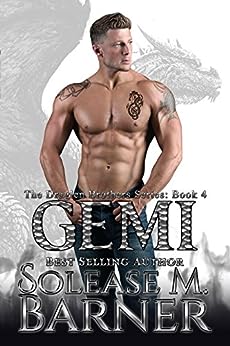 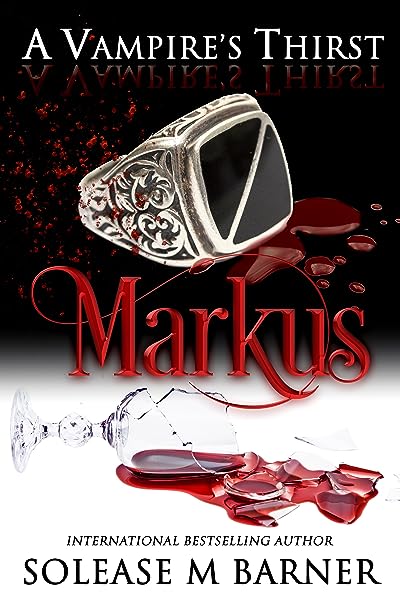 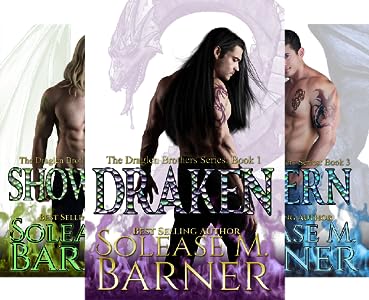 Gemi is not like his brothers and neither is his story. Prepare yourself for lots of romance, amazing fight scenes and HOT SEX!

Welcome to the wonder that is the world I create. I love to write and have two series out currently – the romantic thriller/mystery series, Secrets of the Ghosts, and the romantic paranormal shapeshifter series, Draglen Brothers.

4.7 out of 5 stars
4.7 out of 5
65 customer ratings
How does Amazon calculate star ratings?
Amazon calculates a product’s star ratings based on a machine learned model instead of a raw data average. The model takes into account factors including the age of a rating, whether the ratings are from verified purchasers, and factors that establish reviewer trustworthiness.
Top reviews

Tina Brimlow
4.0 out of 5 stars Gemi is HOT and AMAZING
Reviewed in the United States on March 26, 2015
Verified Purchase
WHY SOLEASE? JUST WHY? Why every time I tell you I love this brother you have to write a much better story for another brother? I personally think this is your hottest book yet. I had idea's on how this one would play out but I was always caught off guard. Gemi's story was more suspenseful then the previous brothers. I just couldn't put it down.

Shalisi - I liked her. She is a witch who was born to be the one element that kept bad and good witches at bay. Falling in love with a dragon was not part of the plan. She has tried to push him away but he would never budge. As their feeling progressed their fears became reality.

Gemi - I licked him so he is mine. I loved how determined he was to have her. Loved how he wanted to convince her of their love for one another with out scaring her. He knew what would happen but didn't care. He is a different kind of dominate then his brothers and I liked that.

If you have read Solease's previous works on the Draglem Brothers Series you will definitely love Gemi. I do have to give this one a 4 star because it left some issues out such as why she wasn't allowed to group with her parents. Was Gemi lying to her about the reason? Did she get to speak t her parents? What did Momma Jewel have to say for herself and the Coven once Shalisi and Gemi approached her? And of course the wedding.

girlygirl
5.0 out of 5 stars Solease has done it again, absolutely brilliant!
Reviewed in the United States on July 17, 2015
Verified Purchase
Dragons and witches were enemies and behold if they ever should meet let alone have sex and become mates. Gemi, the dual personality dragon has kept his bad side down for 70 years. He only showed his good side, but that was going to come to an end after he met Shalisi, a very powerful witch. Gemi, spied and kept an eye on Shalisi for 6 months, to gain his courage after he met her as he just knew that she would become his Wella, his wife. Shalisi knew that her coven would do anything to keep a dragon away from her and the coven and that Gemi would most likely be buried far away with no help. However, Gemi, was going to do anything in his power to get Shalisi to trust him and realise that she loved him. But like all good things that come to an end, Gemi and Shalisi are discovered by her coven but not before Gemi told Shalisi that her coven had driven her parents away just to keep her to make her their next passer, a witch powerful enough to take down a dragon and kill it. Gemi only has enough time to send a message to one of his brothers to let them know he was captured by witches. What will happen when his family comes to the rescue, where is Shalisi and is she ok and will Gemi give up his family, his title and his land just to stay with Shalisi? Read this book to find out the answers and more, you won't regret it. And last but not least when you get to the end of the book, you get a few words from Warrton and oh my goodness.... You would just not believe it!
Read more
Helpful
Comment Report abuse

Cathy Lasky
5.0 out of 5 stars This series gets better and better
Reviewed in the United States on March 25, 2015
Verified Purchase
This is the 4th book in the series and I was given an ARC in return for an honest review. Let me start by saying: I am so in love with Gemi Draglen!!!! We got a hint of Gemi in the first 3 books, but find out he has been keeping a secret and trying to hide a part of himself.
Gemi has been in love with Shalisi for a long time, but is too shy to speak to her. How do you convince your family that you are in love with someone who could destroy your whole existence? Gemi not only has to convince his family, he still has to convince Shalisi that they can and should be together.
I have been waiting to read Gemi's story since I started the series with Draken. I love that Gemi is shy. I think it makes him even sexier because you wouldn't expect that of a dragon shifter. The sex scenes are really hot! I am thrilled that Gemi went his heart in the end. Another hit from Solease and cannot wait for the next book. I would definitely recommend this book.
***Please note, this is an adult series with explicit sex scenes, not intended for under 18.****
Read more
One person found this helpful
Helpful
Comment Report abuse

RaeM
5.0 out of 5 stars Amazing
Reviewed in the United States on March 27, 2015
Verified Purchase
What an amazing ride. Solease never disappoints. Just as all the other books in this series Gemis story takes you on a ride from beginning to end. It's truly amazing when you are reading you can see the world as the characters would see it, feel the emotions as they are your own and this book does all that. I have laughed cried taken Sharp gasps and could not put this book down from beginning to end. The stories in this series seamlessly blend together to create an on going story that always leaves you wanting to know what comes next. Such as Neverland when we were all children Cortamagen is a place that even as an adult I wish was a place I could see in person and through soleases writing I can picture it perfectly. The trials and tribulations of not just family, friends, and love, but the unknown obligations of royalty and shared connections by choice are something anyone can acclimate to and in these stories you will I guarantee it. If you are looking for a bit of magic in your life both sexy scary and sweet look no further than the Draglen Brothers series because it has all that and more.
Read more
One person found this helpful
Helpful
Comment Report abuse

melissa weeks
5.0 out of 5 stars Solease dose it again another great book
Reviewed in the United States on March 28, 2015
Verified Purchase
The forth book in this series Gemi has waited a very long time to find his wella he wasn't expecting her to be a witch who are a dragon's enemy the moment he laid eyes on Shalisi he had to make her his fighting his darker side and trying to be sneaky as to not let his other family member know that his well a is a witch gemi is desperate and is constantly making up reasons to see his well a but Shalisi is hesitant she knows it's forbidding but she just can't stop seeing him she's convinced they will be killed because that's the penalty if they are caught by the other witches in Shalisi coven will Shalisi finally see that her and Gemi are ment for each other? Will they be caught and if they are what will be their penalty will they end up together or killed to find out what happens next I strongly recommend that you buy and read this book it is awesome I loved it
Read more
Helpful
Comment Report abuse
See all reviews from the United States

Kindle Customer
4.0 out of 5 stars Good story but writing style a bit strange
Reviewed in the United Kingdom on May 6, 2015
Verified Purchase
I've loved the series so far but this one doesn't read in the same style as the others. In parts its almost like the premise of story that's waiting to be expanded. It's also a lot shorter than the others. Hot sex scenes, bits that make you laugh and cr, plus you get to catch up on the others ..... can't wait for Warton's story but going on previous releases that's probably going to be a while.
Read more
Helpful
Sending feedback...
Thank you for your feedback.
Sorry, we failed to record your vote. Please try again
Report abuse

Amazon Customer
4.0 out of 5 stars Gemi Solease M Barner
Reviewed in the United Kingdom on April 9, 2015
Verified Purchase
I enjoyed this story, but it seemed very short and ended too soon for my liking . Hopefully there will be more about them in the next book.
Read more
Helpful
Sending feedback...
Thank you for your feedback.
Sorry, we failed to record your vote. Please try again
Report abuse