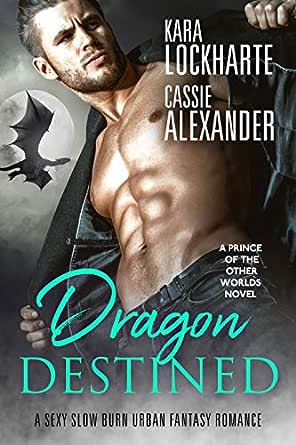 You've subscribed to A Slow Burn Sexy Paranormal Romance! We will preorder your items within 24 hours of when they become available. When new books are released, we'll charge your default payment method for the lowest price available during the pre-order period.
Update your device or payment method, cancel individual pre-orders or your subscription at
Your Memberships & Subscriptions
There was an error. We were unable to process your subscription due to an error. Please refresh and try again. 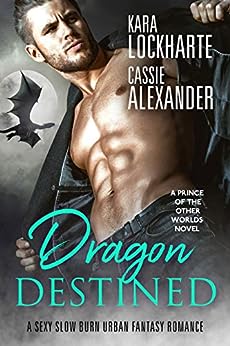 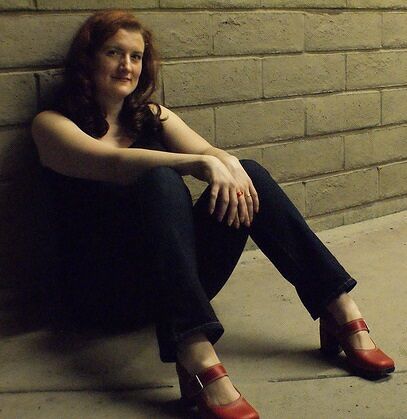 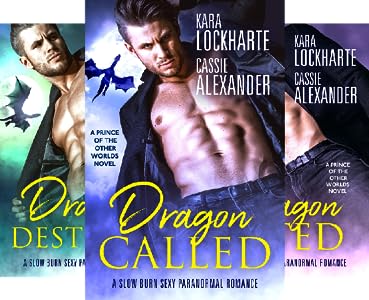 She is your mate, his dragon reminded him.
He didn't know if his dragon was right anymore. He wanted it to be, but after everything he'd put her through, and all the bullshit that traveled around him any time he was near, maybe it was better if that part of him died. If he could cut it out and throw it away from himself, to protect her.
She is your meant-to-be and always-is, his dragon went on as if calling their connection something else would make it harder for him to find and then remove it.
That is not helpful in the least right now, he told it.
It doesn't matter what you want. His dragon twisted around inside of him, causing him physical pain before it settled back in place. Regardless of your desires, she is your destiny.

4.7 out of 5 stars
4.7 out of 5
97 global ratings
How are ratings calculated?
To calculate the overall star rating and percentage breakdown by star, we don’t use a simple average. Instead, our system considers things like how recent a review is and if the reviewer bought the item on Amazon. It also analyzes reviews to verify trustworthiness.
Top reviews

Frazier
4.0 out of 5 stars Love it
Reviewed in the United States on July 5, 2020
Verified Purchase
This is the Second book in the series and I couldn't put it down. I love how the relationship between Damien and Andi is developing....can't wait to read next book
Read more
Helpful
Comment Report abuse

Angie
5.0 out of 5 stars Not even a dragon shifter is strong enough to defy his destiny..... 4.5 stars!!
Reviewed in the United States on May 16, 2020
In this continuation of Andi and Damian's story, they both struggle in vain against the irresistible pull they feel towards each other, both still feeling raw and uncertain since their last meeting in book one. When Damian last left Andi, he was determined to push her away in order to keep her safe from the dangers of his world and all of the Unearthly creatures that follow him. He definitely succeeded in leaving Andi feeling unwanted and abused by him, a mistake he regrets as soon as the lies leave his lips. But as Andi continues the search for her missing brother, she finds that her fate is inexorably intertwined with Damian's and that either one is unable to fully let the other go.

Even though Damian and Andi spent the majority of this book fighting their feelings for each other, there is still so much happening in this novel to keep readers entertained. Their push-and-pull relationship was so delicious to watch, leaving me desperate for the time when they would both get over their pride and succumb to their desires. There was also so many surprising developments we learn surrounding Andi's family in this novel that ultimately left me with even more questions surrounding what's to come. The secondary characters were even more fleshed out here, and I loved their interactions, especially between Damian and the two wolf brothers. Overall, this was a SEXY and heart-pounding sequel that left me ready for more from this world!

*ARC provided by the authors, and I voluntarily reviewed it*
Read more
One person found this helpful
Helpful
Comment Report abuse

Mary Brannian
5.0 out of 5 stars Take what you want. Now and forever.
Reviewed in the United States on May 17, 2020
"There. "His dragon hovered, watching the tentacle’s dying spasms." I have done all that you have required of me. It is my turn now." - Dragon

Being a billionaire dragon shifter had its perks... Too bad being able to claim your destined mate wasn't one of them... Damian was guardian of the Realms. His responsibility to protect Earth and its inhabitants from the Unearthly, beings of alternate dimensions.

Andi was a registered nurse, straddling two worlds. Being of Asian and Caucasian descent, she often felt she belonged to neither culture. But she had her twin Danny to help keep her grounded... And that one magical night with Damian, when she discovered secrets about him that she would never reveal. But now her brother Danny is missing, and Andi is desperate to find him...

"She was someone he could be safe with. She’d seen him, truly, and she hadn’t been afraid. And he’d known it from the first moment he’d met her at the bus stop. She hadn’t been wearing a sign saying, “Here, trust me with your heart.” But somehow, his heart had known." - Damian

But Damian has his claws full with the Unearthly coming through rifts ... Rifts that shouldn't exist and assassination attempts on him. Damian just wants to keep Andi safe... But it appears Fate has other plans....

Wowza, what a ride! Ups and downs, twists and turns, and a love that won't surrender! Loved it!
Read more
One person found this helpful
Helpful
Comment Report abuse

Barbara Elness
5.0 out of 5 stars Great Second Book in the Series
Reviewed in the United States on May 21, 2020
Nurse Andi Ngo works at the hospital on the night shift and is still searching for her brother, who disappeared as soon as she bailed him out of jail. And she’s trying to forget Damian Blackwood, who is totally wrong for her and oh, he’s also a dragon. But when some strangers appear at the hospital and a dangerous patient comes in, she has to contact Damian, because this stuff is right up his alley. Damian is also trying to forget And, although he and his dragon feel that she’s the “one.” He thinks he should protect her from his dangerous life by leaving her alone, unfortunately danger finds her anyway. There is quite a lot going on, we learn more about Andi’s “Uncle Lee” and then there’s these unscrupulous and deadly Hunters added to the mix, and of course Damian’s crew is still fighting creatures that are coming through rifts, so there’s never a dull moment in either of Damian or Andi’s lives. Just like in the first book, there are some sizzling romantic scenes, and I think this couple is going to have to just give in and work on a relationship because they’re meant for each other. I’m looking forward to the next book in the series to find out what happens next with this couple, and the rest of these great characters.
I received a free copy of this book from the authors and am voluntarily leaving a review.
Read more
Helpful
Comment Report abuse

Shanda
5.0 out of 5 stars Dragon Destined is a divine second book
Reviewed in the United States on May 29, 2020
She's a nurse with an in trouble brother He is a dragon who has to protect the world from the things that slip in through the rifts between worlds. Andi is still searching for wayward brother who disappeared when she bailed him out of jail. Damian is the dragon she is trying to forget, but he isn't forgetting about her. Strangers appear at the hospital and a dangerous patient comes in. She doesn't know who else to call for help but Damian. "Uncle Lee" and deadly Hunters are added to the mix. Damian and his crew are trying to hunt the Hunters killing shifters in the community. Much magical things are happening and unknowns are accumulating. Is there a connection? Will Andi's brother be found? Will they track down the Hunters? Will Damian convince Andi they belong together?I am voluntarily leaving this review for having received the ARC and I do so gladly because this was a great read. There is a little bit of everything in this book, mystery, intrigue, romance, action, and magic. The story is well written and the characters are interesting. The romantic times are great. The adventures are great and there is never a dull moment through out the reading. I recommend this book and series. You won't be disappointed.
Read more
Helpful
Comment Report abuse
See all reviews

Sharon Noble
5.0 out of 5 stars Just Brilliant!
Reviewed in the United Kingdom on May 18, 2020
Verified Purchase
Damien feels that Andi is his mate but she sent him away. Andi want to find her brother but she needs her but won't ask The billionaire Damien for it. Since she last saw him a week, she can't stop thinking about him though, but she will find away to find her brother first.
This is beautiful written with a great story unfolding too!
Read more
Report abuse

Poppysocks
5.0 out of 5 stars Brilliant
Reviewed in the United Kingdom on June 18, 2020
Verified Purchase
Brilliant second book of the series following the on going storyline between Andi and Damian now on to read the last book and how their stories end.
Read more
Report abuse

Michele Matheson
5.0 out of 5 stars Dragon destined: A sexy urban fantasy romance (Prince of the other world's book 2)
Reviewed in Australia on October 11, 2020
Verified Purchase
Wow another sensational continuation of this series of paranormal romance stories couldn't put it down had great characters throughout the story recommend to all avid reader's
Read more
Report abuse
See all reviews