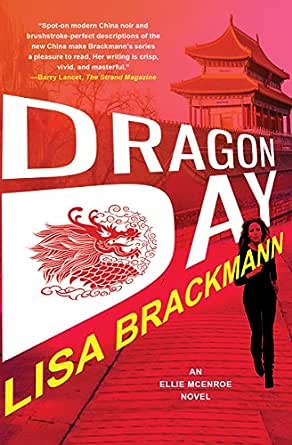 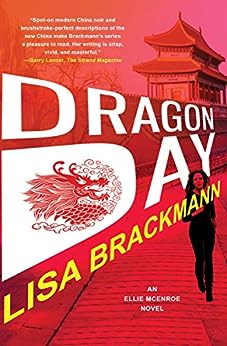 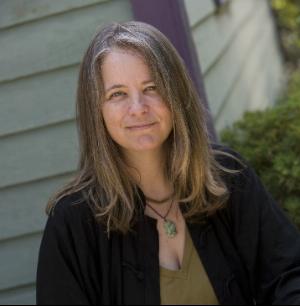 A Seattle Times Best Mystery of 2015

“Excellent . . . Ellie McEnroe, our guide, is a piece of work: an expatriate American veteran of Iraq with a bad leg and a worse attitude . . . Brackmann is terrific at evoking both the glitz of modern high-society China and Ellie’s hand-to-mouth existence in some of Beijing’s less reputable corners."
—The Seattle Times

"Edgy . . . When Ellie becomes a convenient murder suspect—her business card is found on the body of a waitress at a party—she must navigate China’s elite and their kids, plus corruption on every level, to find the real culprit."
—Fort Worth Star-Telegram

"Spot-on modern China noir and brushstroke-perfect descriptions of the new China make Brackmann’s series a pleasure to read. Her writing is crisp, vivid, and masterful."
—Barry Lancet, writing for The Strand Magazine

"As soon as I read the opening lines of Lisa Brackmann’s new China-set crime thriller, Dragon Day, I knew I was going to enjoy it every bit as much as I had anticipated. At initial glance, the book indulges in the two ultimate China clichés—that 'dragon' title and its red cover—but with those first four sentences, Brackmann delivers a big wink to her readers: Don’t worry. You might think you know what’s coming, but you have no idea."
—Los Angeles Review of Books

"Like a bullet-train tour of daily life in China, one vignette after another, sometimes verging on poetry."
—Salem Macknee, McClatchy News

"Set in China, Brackmann always manages to keep you on the edge of your seat and teach you something about that country at the same time. Not to be missed."
—Huffington Post

"The sensation of a society in constant flux underpins the action and makes for great excitement."
—The Crime Review (UK)

"A nonstop thriller, illuminating the Chinese police state in which 'First they decide you’re a threat. Then they find a label for it.' Top-notch international crime fiction."
—Booklist, Starred Review

"Rambunctious, well-plotted . . . Readers will be sorry to see the last of Ellie."
—Publishers Weekly

"One of crime fiction’s most successful portrayals of China . . . [Ellie] is absolutely convincing, both as a character and as a witness to an unpredictable realm where past, present, and future constantly collide."
—The Life Sentence

"This well-written series not only keeps readers involved in the storyline, it offers some keen insights into artistic freedom in China and the difficulty of managing so many layers of bureaucracy."
—Reviewing the Evidence

"Had me hooked from the very first page . . . a tale at once exotic in its details but familiar in its inherent hard-boiled truths."
—Criminal Element

“Ellie is a perfect spunky heroine . . . Be prepared for a wild ride.”
—The New York Times Book Review

“This pulse-racer about an American Iraq-war vet is set in the art world of Beijing.”
—Entertainment Weekly, “Recommendation for More Thrills”

“As slick and smart as an alley cat . . . Beijing in Rock Paper Tiger is as it is in real life: fast, furious, often ugly, and with a Starbucks sitting on every corner.”
—Time Out Beijing

“A gripping ex-pat nightmare that unfolds with superb pacing and salient details. And it makes you damned glad your life is boring.”
—The Miami Herald, “Summer Reading Recommendation”

“China’s a big country, and as the foul-mouthed, pill-popping vet travels from tourist trap to toxic wasteland and back, her journey becomes one of disenchantment, frustration and anger . . . This book—and the fingers it points—matters.”
—January Magazine, Best Book of the Year

“One of the best thrillers of the year. She has set the bar high for anyone wishing to write at the top of their game in the noir genre.”
—Seattle Post-Intelligencer

“Don’t turn the pages too fast. Brackmann’s evocation of China, funny, frustrating, frightening, sometimes tender, and always real, is worth savoring.”
—Nicole Mones, author of Lost in Translation and The Last Chinese Chef --This text refers to the paperback edition.

Dragons and China. It ’s the biggest fucking cliché. If you ever go looking for books about China, you know how many of them have “dragon” in the title? Like all of them, practically.
Thing is, dragons are a big deal in China. The emperor’s symbol was a dragon. Dragons are all kinds of good luck, and super powerful. They can control weather, especially the kind that involves water. Your village keep flooding? Maybe you pissed off the local river dragon. Dragons can hide among clouds, disguise themselves as worms, or grow as big as mountains. Out of the twelve animals of the Chinese zodiac, Dragon is the one you most want your kid to be. Dragon babies are attractive, smart, natural leaders, bring good fortune to the family. Yeah, I know all the other animals are supposed to have positive characteristics, but come on. You’re telling me you’d choose to be a Sheep over a Dragon?
Me, I’m a Rat. Obviously I’m not winning any zodiac beauty contest. Sure, they say we’re clever survivors, and that’s useful, I guess. It’s true I’ve survived some pretty crazy shit.
On the other hand, if I’m so clever, why do I keep walking into it?
If you believe in any of this Chinese astrology, it’s way more complicated than just the animal year you were born in. There’s an animal for your birth month, for your birthday, for the hour you’re born, and there’s all this other stuff having to do with the four elements—or maybe it’s five—and stems and pillars, and I have no idea what any of that means.
All these things have to do with your luck, or lack of it, and what kind of person you are. Because it’s not like every single baby born in a Dragon year turns out to be smart, goodlooking, and destined to rule, right?
So maybe you’re born in a Dragon year but on a Sheep day.
And maybe some of those Sheep have Dragons inside.

Lucky me, Vickygets on a roll and sings four songs, and by the time she’s done, Sidney’s ready to bounce. This whole long night, he hasn’t said one word about why he wanted me and Lucy to meet him in Shanghai for karaoke, but that’s the way business gets done here a lot of the time.
When we gather in the lobby, next to a Lucite display advertising Rolex, the fake sky is black, with a full moon and clusters of stars. A jazz combo plays around one of the grand pianos, a song that would be kind of mellow if it weren’t amplified to the point of distortion.
“Thank you for the lovely evening,” Lucy says to Sidney. “Please let me know if there’s anything I can do for you while you’re in Shanghai.”
“Of course, of course! We will talk. Perhaps tomorrow?”
Vicky Huang consults her iPad. “Two p.m.” It is not a suggestion.
Lucy doesn’t miss a beat. “I believe I’m available.” She turns to me. “Ellie?”
“Oh. Yeah. Sure.” I mean, what else am I going to do, other than try to score soup dumplings? Which sounds like a great idea, actually.
Besides, I’m the one who hooked up Lucy and Sidney. And even though Lucy thanks me for the connection, I feel a little queasy about it. Because I like Lucy a lot. We work together. She’s a friend. And getting involved with Sidney is a really mixed bag.
“Shall we meet at the gallery?” Lucy asks. “I have a show up now with an emerging artist who may interest you.”
“Of course, of course.” Sidney sounds distracted. “Vicky will arrange.”
Sidney Cao, in addition to being a ruthless billionaire guy, is seriously obsessed with collecting art. He has a collection that blows a lot of museums out of the water. Everything from Vermeer to Warhol. More recently he’s gotten into contemporary Chinese art, which is how our paths happened to cross. I manage the works of an important contemporary artist: Zhang Jianli, my friend Lao Zhang. “Lao” means old, which he’s not; he’s maybe forty, but it’s also a term of respect and friendship. A lot of people respect Lao Zhang.
My ending up as his representative was kind of an accident, and though I’ve come around to thinking that the art gig isn’t bad in theory, some of the complications—drinking tea with Domestic Security, karaoke marathons with a homicidal billionaire—are starting to wear on me.
Okay, maybe “homicidal” isn’t fair. Maybe he just told his muscle to do whatever it takes to arrange a meeting with me to discuss Lao Zhang’s art a couple of months ago, and what it happened to take was . . . well, killing people. Stuff happens, right?
Besides, I’d probably be dead if he hadn’t. I was in the middle of some serious shit at the time, and the people his men killed weren’t exactly my friends.
“Can I drop you at your hotel?” Lucy asks me. She drives a cute MINI Cooper.
“That’d be great.” I’m staying at my usual Shanghai rack, this funky, sprawling nineteenth-century hotel at the north end of the Bund. It’s getting kind of pricey, over seventy bucks a night, but I have this thing where I get comfortable someplace and that takes the edge off the ol’ PTSD hypervigilance, especially in a city as crazy big as Shanghai. This hotel, I know where it is, how to get there, I know the menus at their bar and café, even a couple of the staff, who recognize me when I check in. I feel, if not exactly safe, safer.
“Ellie, do you still have time tonight?” Sidney asks. Suddenly. “For a nightcap?” Emphasis on “cap.” He giggles. As if he’s nervous.
Sidney, nervous? I’ve never seen that before.
I’m not liking this at all. And I’m past ready to go to my familiar hotel and burrow under my queen-size comforter.
Don’t piss off the billionaire.
“I, uh . . . Sure.” --This text refers to the paperback edition.

Lisa Brackmann is the critically acclaimed author of the Ellie McEnroe novels (Rock Paper Tiger, Hour of the Rat, Dragon Day) and the thrillers Getaway and Go-Between. Her work has also appeared in The Wall Street Journal, Travel+Leisure and CNET. She lives in San Diego with a couple of cats, far too many books and a bass ukulele. --This text refers to the paperback edition.
Read more