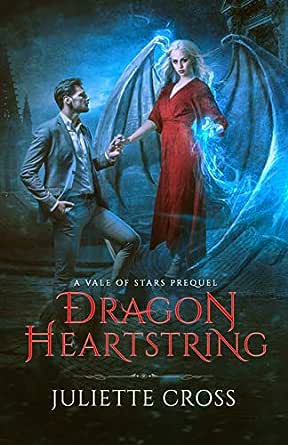 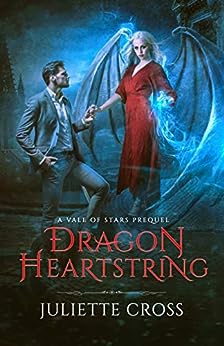 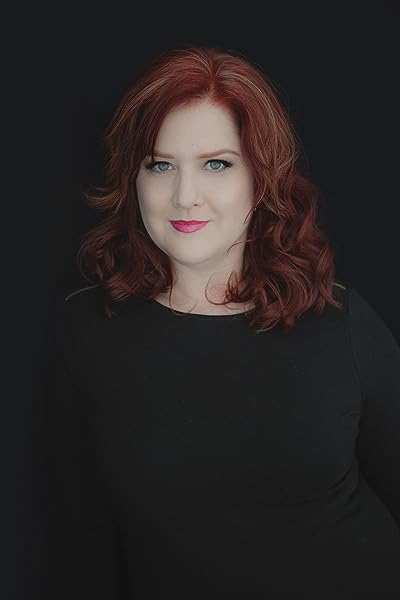 "As always, Juliette Cross has yet again left mebreathless with this book." --Carol, Goodreads Reviewer, 5 STARS

"Cross dazzles us with a new Morgan and human pairing,instead of the hot as hell Morgankind alpha male... we are gifted a storyabout a sizzling female Morgan healer and a holy hotness, dragon hybridphobic, billionaire bachelor." --Tome Tender Book Blog, 5 STARS

"Dear Ms. Cross, I'm having a bit of a love/hate thinggoing on with you at the moment. I LOVE that you got me all twitterpattedand swoony over one of your oh so lickable and more alpha males. It's oneof the many reasons I go all fangirl over your books, especially the ones inthe Morgonkind world. But now you have me going all twitterpatted over a HUMANand not just any human, but Demetrius Cade of all people." --Wine LoverBook Reviews, 5 STARS

"Juliette Cross, you are a magnificentstoryteller and are truly magical. I can't wait to devour more!"--Sylvia, Goodreads Reviewer, 5 STARS

"Juliette has done it again! I love entering thisworld. It is so well built and character driven that I always completely findmyself lost in it. It is escapism at its best. "--Jessica, Goodreads Reviewer, 5 STARS

"Dragon Heartstring will stir your soul and make youfall in love with the humans and Morgons who live in Gladium Province.You'll enter a spectacular world where dragon hybrids live amongst men,prejudices abound and love conquers all." --Deanna's World Book Blog,5 STARS

Would you like to read more in the Morgon world? Check out...
THE NIGHTWING SERIES:
VALE OF STARS:

4.8 out of 5 stars
4.8 out of 5
35 global ratings
How are ratings calculated?
To calculate the overall star rating and percentage breakdown by star, we don’t use a simple average. Instead, our system considers things like how recent a review is and if the reviewer bought the item on Amazon. It also analyzes reviews to verify trustworthiness.
Top reviews

Ciaparo
4.0 out of 5 stars Fantastic addition to the Nightwing series kept me up all night.
Reviewed in the United States on October 25, 2016
Verified Purchase
I was getting ready to go to bed late Monday night, when midnight struck and my kindle chimed the arrival of the latest Juliette Cross novel. I promised myself I'd read just the first chapter before turning in. The next thing I know, it's four in the morning, and I'm sitting there with tears on my face, stunned by how much time has passed.
Juliette Cross has created a world both foreign and familiar, with a historical feel to the social mores. Her Gladium province is a social experiment, a place where humans and the human/dragon hybrid Morgons are bound by law to coexist. But old prejudices die hard, and relations between Morgons and humans are anything but peaceful. A new weapon has come on the scene, capable of killing a Morgon instantly. There is no treatment, no stopping the damage from an electrical weapon that interacts with the dragon DNA, burning them alive from the inside out.
The Morgons want this weapon banned. The humans see it as their only defense against the monsters.
In the middle of this conflict is Demetrius Cade, son of the richest man in Gladium. Pritchard Cade rules his world with an iron fist, and nurtures a deep hatred of all Morgons. Since his sister married a Morgon male, Demetrius has begun to question his rigid upbringing, especially since the birth of his Morgon nephew. He cannot reconcile the hatred of Morgons with this bright and beautiful child who stole his heart the first time he held the little guy.
Shakara Icewing is a Morgon healer who once believed that humans were savages, but through her work in a clinic, healing both humans and Morgons, she has learned that the species have many more similarities than differences. When an Icewing healer becomes the victim of the new weapon while trying to break up a bar fight, Shakara is determined to testify before the Gladium council in hearings to have the weapons banned and confiscated. But there are powerful forces who stand to lose a lot of profits if the weapons are taken off the market, and they will do anything to stop Shakara from testifying.
Can Demetrius convince his father to go against his prejudices and business interests to support the ban, and eliminate a possible threat to his beloved nephew?
Can Shakara stay alive long enough persuade the council to enact the ban? Can she make Demetrius overcome his upbringing to see the woman behind her wings? Can Demetrius keep Shakara safe while struggling with his prejudices and growing attraction to her?
You'll have to read Dragon Heartstring to find out!
Demetrius and Shakara were side characters in previous Cross novels, and I have long been interested in what fate Juliette had planned for them. I must say that she did not disappoint. I thoroughly enjoyed this book. Many writers tend to fall into a rut as their series progress; Juliette keeps her Morgons fresh by switching up the roles. The first books featured human women marrying Morgon men. The last one was two Morgons, and now a human male and Morgon female. She writes characters that the reader wants to know better. I'm always eager to read the next installment.
Read more
Helpful
Comment Report abuse

Jessica Madden
VINE VOICE
5.0 out of 5 stars Loved it!
Reviewed in the United States on December 30, 2016
Verified Purchase
Juliette has done it again! I love entering this world. It is so well built and character driven that I always completely find myself lost in it. It is escapism at its best. I have loved every heroine Juliette has written and I found Shakara to be no different. Strong, smart, loving, and brave, she was a perfect match for Demetrius. Brooding, solitary and stubborn, he is incredibly protective of those he cares about and it was so much fun watching him fall for Shakara. This story had everything you could want in a paranormal setting. Romance, action, suspense, fantastic chemistry and a hero and heroine you can cheer for. I loved every single second and can’t wait to continue this series. A must read for paranormal romance fans.
Read more
One person found this helpful
Helpful
Comment Report abuse

Vee
5.0 out of 5 stars Loved it!
Reviewed in the United States on October 26, 2016
Verified Purchase
I absolutely LOVED this book!!! I was hoping Demetrius would pull his head out of his butt and get his HEA and he DEFINETLY did!!!! This book pretty much blew my mind and I loved every second of it! I can't wait to read this new spin-off series!
Read more
One person found this helpful
Helpful
Comment Report abuse

Lily
4.0 out of 5 stars Fab weekend read!
Reviewed in the United States on May 5, 2019
Verified Purchase
I enjoyed Demetrius and Shakara’s story. Prejudices and misconceptions surrounding mixed marriages are depicted through a fantasy world prospective. Nonetheless, a hope of harmony resonated strongly throughout.
Read more
Helpful
Comment Report abuse

Donna R Brown
5.0 out of 5 stars I love this series
Reviewed in the United States on February 12, 2017
Verified Purchase
I was so glad when I accidentally found this series...I was pleasantly surprised...I absolutely love the the idea of a race of people with dragon wings...how they live and how they love...I hope this series has a lot more to come!
Read more
One person found this helpful
Helpful
Comment Report abuse

kitkat
5.0 out of 5 stars Wow!!!
Reviewed in the United States on February 20, 2017
Verified Purchase
Another seductively enthralling paranormal romance of sexy dragons & humans! Well done juliette cross! She pulls you into her world of writing and that's the best kind of books in my opinion ♡♡♡ A must read 5 stars!!!
Read more
One person found this helpful
Helpful
Comment Report abuse

Kindle Customer
5.0 out of 5 stars Loved it
Reviewed in the United States on January 4, 2017
Verified Purchase
I really enjoy Juliette Cross' books definitely worth the read
Read more
One person found this helpful
Helpful
Comment Report abuse
See all reviews