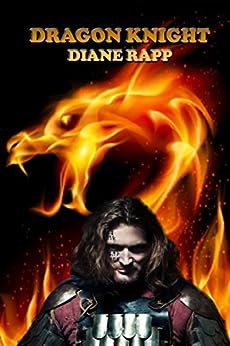 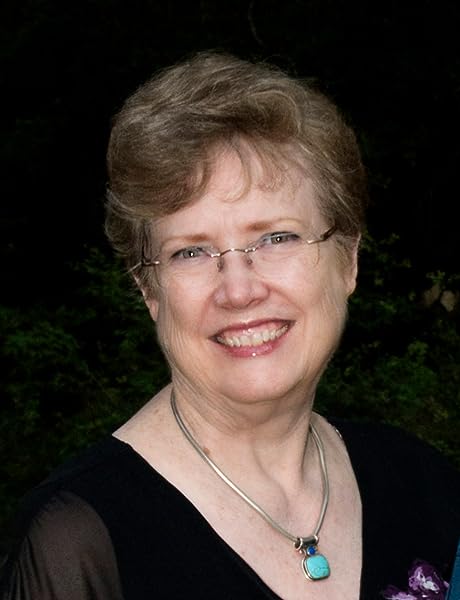 edit biographydelete
Biography
Diane Rapp became an entrepreneur when she started her own dog grooming salon in Santa Barbara, California. She spent the next thirty years as a small business owner; she sold real estate, started an office supply/copy center, and performed free-lance advertising design. During all those years Diane wrote stories as a cure for insomnia.

After writing a tour guide book to the Caribbean together, Diane's daughter gave her the idea of writing a mystery set on cruise ships in the Caribbean. The mystery series has become for standalone novels in the High Seas Mystery Series.
Diand also enjoys writing science-fiction and fantasy.

"The Alphas" is a mystery combined with science-fantasy. The heroine solves the murder of an old friend and discovers why her beloved German Shepherd was stolen.

"Howl of the Wolf" introduces the planet Drako, telepathic wolves, and the crew of the space ship that took sanctuary on a planet that banned technology.
In "The Havenshire Resistance", the second book of the series, Queen Krystal's teenage daughters learn to use their special inherited powers to save the kingdom from an evil usurper in a dramatic battle.
The third book of the trilogy is "Dragon Defense". The planet is under threat by an Institute battleship.

"Dragon Knight: and the Heart's Blood Curse". It is a modern fantasy that adults will enjoy reading to their kids or read for themselves.

4.9 out of 5 stars
4.9 out of 5
20 global ratings
How are ratings calculated?
To calculate the overall star rating and percentage breakdown by star, we don’t use a simple average. Instead, our system considers things like how recent a review is and if the reviewer bought the item on Amazon. It also analyzes reviews to verify trustworthiness.
Top reviews

Mary Fan
5.0 out of 5 stars Fun, irreverent fantasy
Reviewed in the United States on July 13, 2015
Verified Purchase
In Dragon Knight, author Diane Rapp takes a fantasy convention and turns it on its head. We've all heard the story of the noble knight who goes to rescue the maiden from the wicked dragon… But in Rapp's world, the dragon gets turned into the knight after having a tasty maiden for dinner. Dragon didn't kill the maiden though – she was already dead. But that makes no difference to the maiden's furious mother, a witch called Bellatrix, who curses Dragon to become a knight.

Unhappy with his new circumstances, Dragon goes on a quest to seek a powerful sorceress who can restore him to his original state. Along the way, he encounters all manners of dangerous creatures, from zombies to giant spiders, and soon finds himself in for more than he bargained for. The next thing he knows, it's not only his fate that hangs in the balance, but that of the entire realm.

Rapp's irreverent fairy tale is a fun, imaginative read full of adventure and mayhem. With its reluctant anti-hero and twist on familiar fantasy tropes, it reminds me a bit of Shrek (one of my favorite movies when I was a tween). Dragon Knight follows the classic structure of an odyssey or hero's journey, with the protagonist being spurred on a mission and having to face monsters along the way, but gives it a fresh angle. Especially with the way she combines the familiar medieval-style genre conventions with more modern day elements.

As a bonus, this book contains two short stories that take place in a different world – one in which animals are intelligent and pitted against human adversaries.

With its snappy style and wildly imaginative world, Dragon Knight is a quick and entertaining read. I think it'll appeal to anyone up for a different kind of fantasy – adults and younger readers alike.
Read more
20 people found this helpful
Helpful
Report abuse

Kindle Customer
5.0 out of 5 stars What do dragons, Elvis Presley and demons have in common?
Reviewed in the United States on December 20, 2020
Verified Purchase
They all mingle in this uncommonly good tale! A well-crafted romp with heart, our hero is a dragon changed into human form by a curse. In order to regain his treasured dragon form he needs to team up with a fledgling sorceress and destroy the evil plaguing the land.

As with all tales the proof lies in the telling and here our author does not disappoint. As a bonus, treat yourself to the tiger short story in the back. It's really well-crafted as well.

Reb MacRath
5.0 out of 5 stars Lite Rapp Rocks Hard
Reviewed in the United States on December 14, 2014
Verified Purchase
With a writer of Rapp's caliber, we needn't fear to enter worlds that have left us cold before. I've avidly championed this author's cruise-bound mysteries. But I lack the fantasy gene and didn't warm to the prospect, at first, of reading the tale of a dragon cursed to take on human form...and team up with the spirits of some dead rock musicians to--Well, other reviewers have already outlined the plot. So I'll tell what lowered my resistance in mere pages...and had me hooked not far into the book: the precision of the author's writing...and her attention to details. We get to see the world from the change dragon's point of view--seeing how it learns to dress in human garb and how it reacts to the cloth on its skin. We get to watch it learn to walk, etc. And later we'll watch, in growing fascination, as wizards in our time and world replace their wands with iPhones. This is a frothy, enjoyable read--with added kick provided by watching a fine writer jam in her home away from mystery.
Read more
Helpful
Report abuse

CourthouseRancher
5.0 out of 5 stars A Delightful Fantasy Romp
Reviewed in the United States on September 30, 2014
I love this author's writing style, so I was expecting to be entertained. I was not disappointed! This book was different from others I've read, but so much fun. The plot was light and fun, with lots of references to (mostly dead) rock and roll musicians who are being "used" by an evil villain. This book reminded me of Princess Bride, with it's light, tongue-in-cheek humor. Although there was non-stop action, the book doesn't take itself too seriously. I enjoyed the way characters interacted with the modern world and the fantasy world. It was a delightful romp!
And as if that wasn't enough, the author also included two bonus short stories, including one about my beloved characters from The Alphas.
If you like adventure and humor and a great story packaged in flawless writing style, you'll like this book.
Read more
14 people found this helpful
Helpful
Report abuse
See all reviews
Back to top
Get to Know Us
Make Money with Us
Amazon Payment Products
Let Us Help You
EnglishChoose a language for shopping. United StatesChoose a country/region for shopping.
© 1996-2021, Amazon.com, Inc. or its affiliates