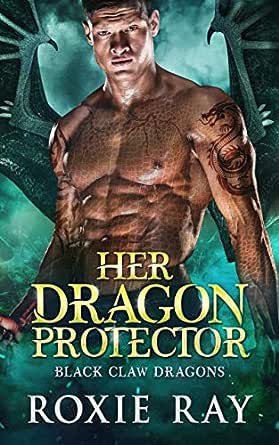 You've subscribed to Black Claw Dragons! We will preorder your items within 24 hours of when they become available. When new books are released, we'll charge your default payment method for the lowest price available during the pre-order period.
Update your device or payment method, cancel individual pre-orders or your subscription at
Your Memberships & Subscriptions
There was an error. We were unable to process your subscription due to an error. Please refresh and try again. 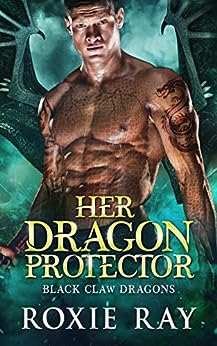 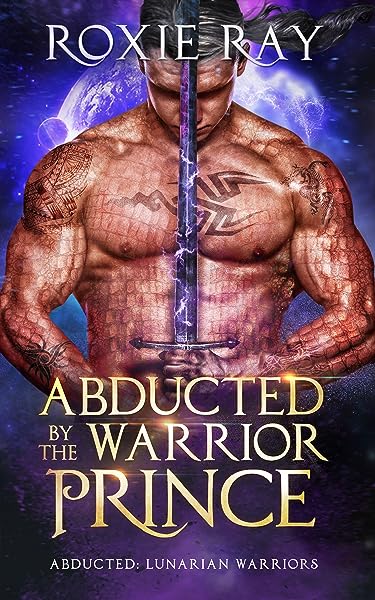 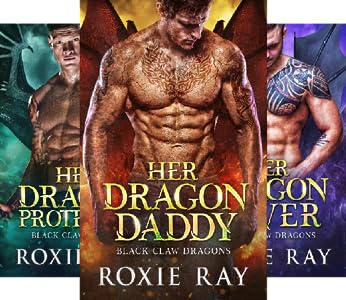 4.5 out of 5 stars
4.5 out of 5
47 customer ratings
How does Amazon calculate star ratings?
Amazon calculates a product’s star ratings based on a machine learned model instead of a raw data average. The model takes into account factors including the age of a rating, whether the ratings are from verified purchasers, and factors that establish reviewer trustworthiness.
Top Reviews

Amanda
3.0 out of 5 stars Lesser Story
Reviewed in the United States on May 1, 2020
Verified Purchase
I really liked the first book altogether and was excited for Charlotte and Axel's story but it was a let down. Her personality never really came together for me and while some of that could be explained by the initial trauma she was all over constantly. I wasn't able to really read the full book because I couldn't concentrate, just skimmed. I don't plan to read any more of this series.
Read more
One person found this helpful
Helpful
Comment Report abuse

Kindle Customer
4.0 out of 5 stars Who's older
Reviewed in the United States on June 7, 2020
Verified Purchase
In book 1 Her Daddy Dragon I thought Axel was the oldest until it was said that his brothers were older by fifteen and eighteen years and I knew that Maverick was definitely 18 years older than Jury the youngest. So image my surprise when this book proclaims Axel is firstborn.
Also from the first book And and Charlotte got pedi\manos in town so I'm this book Charlotte should not have had to ask if there was a nail salon in town.
If you read this far please read these books and forgive the s.all discrepancies they don't take away from the stories I'm just picky. 😀
Read more
Helpful
Comment Report abuse

Kindle Customer
5.0 out of 5 stars Another Excellent Read
Reviewed in the United States on May 14, 2020
Verified Purchase
I am so in love with this family...where is my dates mate! Thank you so much Roxie and I am so looking forward to reading more novels about the Black Claw Dragons.
Read more
One person found this helpful
Helpful
Comment Report abuse

Jennifer
3.0 out of 5 stars A somewhat enjoyable paranormal romance.
Reviewed in the United States on May 3, 2020
The writing and editing of this novel was pretty clean, with few if any typos that I noticed in the ARC version of this manuscript. I will admit that I enjoy this author's sci-fi romances more than her paranormal romances so far. The world building is minimal, as this novel is set in contemporary Colorado. It was fun to read a novel set in my home state! The characterization was a little flat, but both the hero and especially the heroine were sympathetic individuals. The development of the romantic relationship was natural and organic, as there wasn't a whole lot happening plot wise until about 70% through this novel. The plot and pacing was a little uneven in this novel, with the middle of the novel having a slower pace and little external plot, and a ton of plot and fast pacing happening near the last 30% of the novel. This novel had a fair amount of angst on the heroine's part which was perfectly understandable after her repeated relationship trauma, but made her a little bit an unsympathetic character because it came across more as xenophobia. The stakes were really high in the last 30% of this novel. This novel uses the Fated Mates trope and the paranormal version of the Mars Needs Women trope, since the dragon shifters are all born male and need human wives. I was a little unsure if the dragon shifters can only sire sons or if they can sire human daughters? That was not addressed clearly in this novel. The plot, pacing, and world building were three stars. The characterization and development of the romantic relationship were three stars. Therefore, the combined score of this novel was three stars. This novel ends on a Happy Ever After ending instead of a cliffhanger, so that is a big plus for this story. I recommend this novel to readers who enjoy romance novels featuring dragon shifters or fans of this author's other works. I do not plan to buy myself a keeper copy of this novel.

Terica J.
3.0 out of 5 stars Slow burn
Reviewed in the United States on May 5, 2020
In my opinion the two books are pretty much the same! Basically a bunch of internal thoughts feelings, some conversation and like 3 sex scenes. I love dragon shifter books. I wish the books focused more on everyone instead of one couple at a time and had way more drama. The first book was better than the second but both were pretty anti-climatic for me. Predictable. Not bad but not the best either. This serious is way better than her other series about the human who was captured as a breeding space oh my god that book was a snooze fest. This writers writing is slow, ALOT of internal thinking for the characters. Good character development with the non main characters. The main characters literally have the same issue the entire book that’s all. I don’t know you can tell the writer has a ton of talent I just wished she bought more action to her books. They are blah. I find the main characters women pretty whiny. Charolette might be the least whiny but still whiny. Decent read.
Read more
One person found this helpful
Helpful
Comment Report abuse

D. Miller
5.0 out of 5 stars A Well-Written Dragon Shifter Romance
Reviewed in the United States on May 3, 2020
Her Dragon Protector, by Roxie Ray, starts with a bang, with the female protagonist, Charlotte, fleeing from her abusive boyfriend, Logan, to Black Claw, Colorado where her best and only friend, Ava, lives. Immediately upon arrival, Charlotte nearly collapsed when she got out of the car from the wounds inflicted by her now ex-boyfriend. The male protagonist is Axel, a dragon shifter. He and his dragon, Asher, realized immediately upon smelling her scent that she was their mate and caught her before she could fall to the ground. Asher was beside himself that they had found their mate and was ready for Axel to claim her immediately. Asher was also ready to kill the man who had injured her and it took all of Axel's willpower to calm his inner dragon so they could help Charlotte. Her wounds were so severe that she was taken her to the hospital, where she was admitted for treatment. Unknown to Charlotte, most of people she meets in Black Claw are dragon shifters, a fact that must be held secret from Charlotte until Axel is sure that she will stay

This is a very well written book, with plenty of intrigue, suspense, disbelief and, of course, romance. The romance develops slowly, especially since Charlotte was chiding herself over the fact that she was attracted to Axel so soon after exiting a bad relationship. It's up to Axel to convince Charlotte that just because she was his fated mate, it didn’t mean that she had to automatically accept him and he was willing to work to get to know her and let her get to know him.

I would highly recommend this book to anyone who likes a good romance and who likes shifter novels, especially dragon shifters.