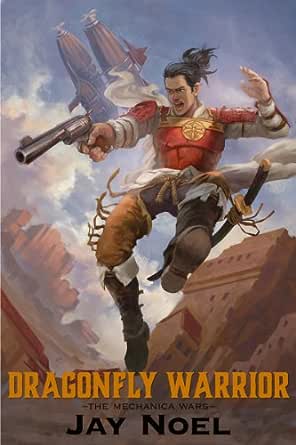 You've subscribed to The Mechanica Wars! We will preorder your items within 24 hours of when they become available. When new books are released, we'll charge your default payment method for the lowest price available during the pre-order period.
Update your device or payment method, cancel individual pre-orders or your subscription at
Your Memberships & Subscriptions
There was an error. We were unable to process your subscription due to an error. Please refresh and try again. 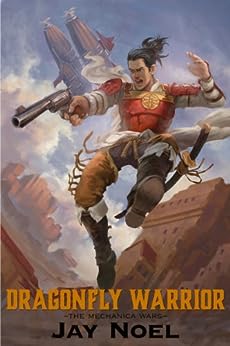 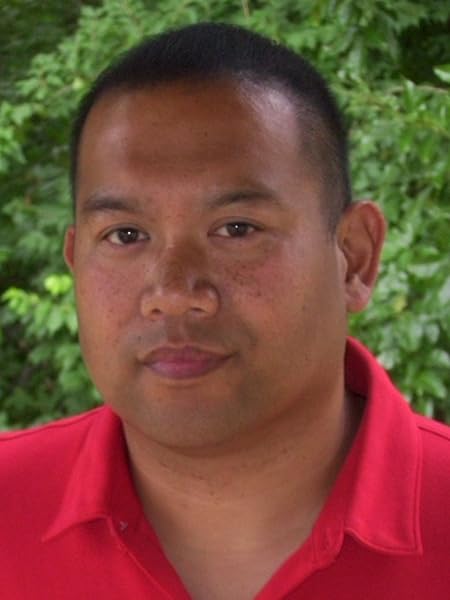 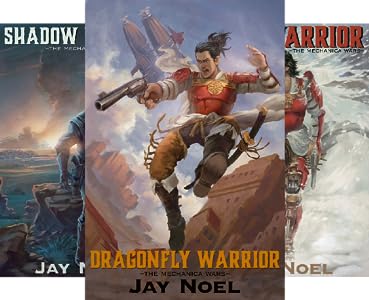 "It's easily one of the best books I've come across all year."
-- Michael Offutt, author of A Crisis of Two Worlds series
"This is an amazing book. Get it ASAP and you won't be disappointed."
-- LeTavious Hemingway, author of Sacred Swords
--This text refers to the paperback edition.

Jay Noel was born in New York, but he lives in Missouri with his family. He received a degree in English from Southeast Missouri State University. Jay has been a prolific blogger for over eight years, and he's a regular contributor to CultureBrats.com and inkPageant.com. --This text refers to the paperback edition.

Donna Hole
4.0 out of 5 stars Multi-genre Adventure
Reviewed in the United States on September 24, 2016
Verified Purchase
An interesting world and concept. This reminds me of the fantasy/syfy novels I read as a young adult. It has a mix of western, samurai, action/adventure, steam punk. A multi genre delight. I was initially drawn to the western/samurai theme (like THE LAST SAMURAI), and loved when it transitioned into the steampunk genre. Zenjihito is a nicely developed young character, on a quest for a talisman that will unite and save the nations of the newly formed empire of Nihon. His travels have him meeting, and collecting, many interesting and complet characters. There are many story plots that eventually all come together for the climax of this story plot.

The world building is well integrated into the story and character plots. It is active, progressive, and utilizes many of the story tropes of multiple genre's. I was just a little overwhelmed by the steampunk technology;I lost a bit of interest in the story when the western/samurai story line gave way to modern artillery, and much of the timelines for the alternate plots did not align, but the characters were complex- hero's and villains alike - and intriguing.

I give this a 4 star rating. While the characters and world building were excellently drawn, and there was enough action and violence to intrigue me, the overuse of modern warfare detracted from the steampunk subgenre. I recommend this book/series to readers who enjoy the Star Wars, Rift War, Indiana Jones, Shannara Chronicles sagas.
Read more
One person found this helpful
Helpful
Comment Report abuse

Eve Gaal
5.0 out of 5 stars A Wonderful, Creative Story!
Reviewed in the United States on October 2, 2015
Verified Purchase
Once the main character, Prince Kanze Zenjiro utters, “I accept this Sacred Quest,” the reader travels on an amazing voyage traversing across continents into heavily guarded cities by airship, locomobile or submersible. Drawn deep into pirated oceans and dusty deserts you’ll be mesmerized as you follow Zen in his quest for The Sky Blade that will unite his nation with other nations against the threat of the Iberian Empire. Fortunately, he has purity, a belief in fate and a magical talisman called Ishen hanging around his neck. Best of all, he has made some friends along the way to help him with his journey.
You’ll love Noel’s clear and vivid descriptions and the colorful characters will remind you of Jules Verne without any of the old-fashioned writing or ruffled shirts. The fantasy plot describes every detail without being boring and culminates in a gigantic battle at the home of an evil arms dealer. The prince faces challenge after challenge and finds disappointment where he had hoped to find honor. Who will break the samurai code and what happens with the ‘Sacred Quest’? Put on your leather wrapped goggles and get set for an adventure that will leave you steaming ahead for more!
With big-screen style settings, fast-paced action and brilliant dialogue, the mere act of reading Dragonfly Warrior, will make you feel like you’re at the movies!
Read more
One person found this helpful
Helpful
Comment Report abuse

BJ Fraser
VINE VOICE
5.0 out of 5 stars Love of Steampunk Not Required
Reviewed in the United States on April 10, 2014
Verified Purchase
A caveat here: this is the first steampunk book I've read. I'm not a fan of the genre by any stretch. I guess my main problem is it relies so much on hindsight, people taking stuff we have now and reverse engineering it to 19th Century technology. I tend to think if they could have made a giant walking spider back then someone probably would have.

My point then is I was prepared not to like this book, but I did. Since I haven't read any steampunk before what it actually reminded me of is Star Wars. Zen is like a Jedi in that he has a sword and a mystical ability that helps him fight. When he goes in search of the "Sky Sword" he meets a scoundrel who also happens to own a very fast ship--sound familiar? And then they meet a a woman who's very tough and capable--but does not turn out to be Zen's sister.

Thinking of it that way probably helped and also I don't think it took the steampunk to ridiculous extremes. Not like for instance "Sky Captain and the World of Tomorrow" where they had a fleet of SHIELD helicarriers in the mid-30s. Say whaaaat? Although there was (briefly) a mechanical spider thing most of the technology like airships and cars were plausible in the late 19th Century as there were already hot air balloons, rudimentary cars, and even at least one crude submarine in the Civil War.

Besides Star Wars I suppose it plays out like one of those fantasy books where there's a party on a quest. It just so happens instead of fighting dragons and wizards they're after the "Machine Boy" who to use another Star Wars reference reminded me of young Anakin Skywalker, though less annoying because he didn't go around asking teenage girls if they were angels.

Anyway, it's a fast-paced, action-packed read that's written very well. There's nothing to dislike, even for someone who doesn't like steampunk. I'm looking forward to the next book.

That is all.
Read more
2 people found this helpful
Helpful
Comment Report abuse

Jowake
3.0 out of 5 stars A Maturing Warrior
Reviewed in the United States on June 22, 2015
Verified Purchase
I liked the story very much. A young prince from a Japanese type culture is dispatched on a quest to help save his country. When he starts out he is so naive I could have slapped him. However, as the story unfolds he does mature. He starts off alone and as in all such stories eventually ends up with a number of people accompanying him on his journey to find a sacred sword and a miraculous child who can repair any machine invented because he can talk to them. The story is full of weird machines and I think classifies as steam punk but don't take my word for that.

However, I found lots of typos or downright errors and for me the story dragged. The author tells me no-one else has complained of the slowness of the pace so maybe it was me.There were also at least a couple of occasions when I, as the reader, knew something and couldn't comprehend how the characters had come by the information. I will, in all likelihood, read the sequels.
Read more
Helpful
Comment Report abuse
See all reviews