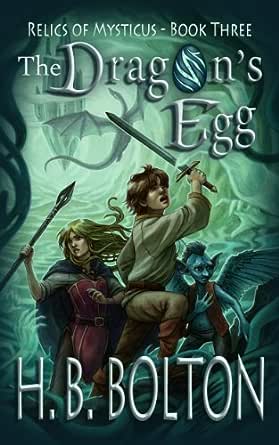 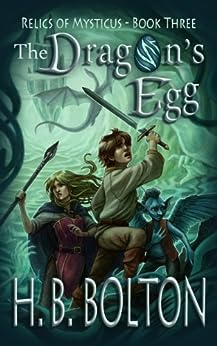 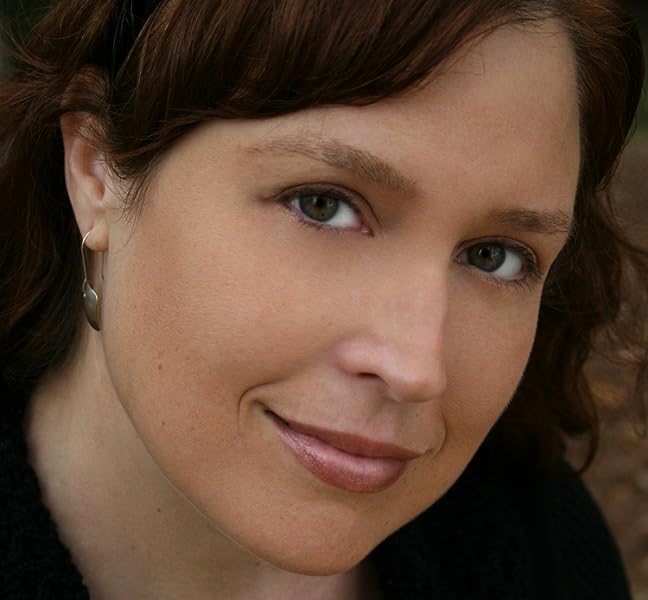 5 Stars "A Mystical world that readers of all ages will enjoy time and time again. This is definitely a book that I will be sharing with my kids and can vouch as a parent for the tastefulness presented. An Adventure book that you will not be able to put down!" - Michael Beas for Readers' Favorite

For those who believe one can travel through Avalon and discover the Realm of Dreams on the other side -- this adventure is for you. --This text refers to the paperback edition.

A magical part of H.B. Bolton's childhood was being swept into worlds of enchanting characters, fantastical creatures and extraordinary powers--simply by picking up a book. As a mother and a teacher, she was compelled to create imaginary worlds of her own in order to share them, not just with her children, but with all children. H.B. Bolton lives in Florida with her supportive husband and two highly spirited children. Shh, can you keep a secret? Not only does she write books for the young-at-heart, adventurous sort who yearn to dive into a good young-adult fantasy story, she also writes spellbinding, heart pounding women's fiction. These particular books are written under the name Barbara Brooke, but that's another story, altogether. Silver medalist in 2013 Global Ebook Awards Finalist in the Kindle Book Review Best Indie Author 2013 Bronze Medal in The Wishing Shelf Book Awards 2014 Finalist for the BookBzz Prize Writer Competition 2015 Books by H.B. Bolton: The Serpent's Ring (Relics of Mysticus, Book One) The Trickster's Totem (Relics of Mysticus, Book Two) The Dragon's Egg (Relics of Mysticus, Book Three) The Mummy's Amulet (Relics of Mysticus, Book Four) - Coming Soon! http://www.hbbolton.com --This text refers to the paperback edition.
Read more

RJS
5.0 out of 5 stars A fantastic mysterious kingdom.
Reviewed in the United States on February 7, 2017
Verified Purchase
In Sagaas, pressing onward to the land of Avalon, Evan and Claire search for a missing relic. Trickery is all around them as they venture through the Dungeon of Dreadful Dreams that are growing more actual and worrisome. Will they find the Dragon Egg? This tale is about an enchanted realm filled with allures, fairies and folklores, including, Merlin, the Lady of the Lake and a dragon. There is also chemistry between Claire and Chacon. Something I love in fantasy stories. Book 3 in the ‘Relics of Mystic’ series and all 3 books have beautiful covers and illustrations throughout. I have to say it is an astounding journey. H.B Bolton has outdone herself in creating her fantastic mysterious kingdom.
Read more
One person found this helpful
Helpful
Comment Report abuse

Readers’ Comments
‘What a wonderful book! Fantastic cover and a story full of twists and trurns. Pace is very important in a book of this nature; thankfully, this book has it in spades!’ Teacher
‘We just looked at myths and legends in school and I spotted lots in this book. It was fun to read. I liked Evan and I enjoyed the many thinks that happened to him on this adventure,’ Boy, aged 11
‘I liked the cliffhanger at the end. Now I want to read the next book.’ Girl, aged 10
‘My two children enjoyed this very much. They seems to particularly like the unicorn and the Dungeon of Dreadful Dreams. I will now have to hunt down the other books in the set.’ Parent

Seirra Poirier
4.0 out of 5 stars Bolton gives readers another fun adventure!
Reviewed in the United States on June 6, 2014
A review copy was provided for an honest review. The Dragon's Egg continues following the adventures of Evan and Claire across the mythical realms. It's the third novel in the Relics of Mysticus series, and definitely the most exciting installment yet. Middle grade readers will enjoy taking the journey and visiting the different mythology Bolton incorporates.

This time around the siblings dive into Arthurian myth and travel to the world of Medieval Legends. It's here they face off with new foes, encounter faeries, learn more about their totem powers, and search for Emrys (the great wizard Merlin) who is feared to have been captured by The Lady of the Lake who seems to be in cahoots with Alamaz. It's again left up to Evan, Claire, and their impish sidekick Dunkle to locate the dragon's egg relic so that they can restore order to the realms.

As a lover of Arthurian legend I was really happy with how the author wove the lore into the story. Each medieval reference had me wishing for more. Every Relics of Mysticus novel improves upon the last with the siblings maturing, more built-in history, world expansion, and fun adventures. We're even given a huge secret reveal that ties into how Claire and Evan can enter Sagaas which gives us something to look forward to in the future. By the last page you're left hooked for the next.

The Dragon's Egg is an exciting fantasy young adult read. It has a great balance of action and magic that'll keep readers coming back for more. Bolton spins myth in a really fun way. This series has been a pleasure to read and I'm eager to see where she takes these heroic characters in The Mummy's Amulet!
Read more
Helpful
Comment Report abuse

Charlie Anderson
5.0 out of 5 stars things are starting to heat up!
Reviewed in the United States on June 16, 2014
I am warning you that I must be mysterious in this review, lest I give away too many details and spoil the whole kit and caboodle.

Evan and Claire are still in Sagaas, and they need to traverse into the realm of Avalon. Alamaz has escaped from the Dungeon of Dreadful Dreams and has enlisted Emrys’s (or known by Merlin to most) student, the Lady of the Lake, in his struggle for power. The Dragon’s Egg has gone missing, and Alamaz now controls the dangerous and deadly dragon Thrakon. Unfortunately for Evan, Claire and Dunkle, Tom Thumb, guardian of the portal into Avalon, is very picky in admitting passage. Chatyon reappears from book two, but Tom Thumb is adamant about not allowing him into Avalon.

King Gwyn ap Nudd, the King of the Fae, aids the much-revered Dunkle in their upcoming journey. Did I mention that Emrys (ahem, Merlin) must also be found? Gwyn gives the Band of Unlikely Heroes a couple of treasures to the Fae, extremely valuable items that are offered unexpectedly.

Evan and Claire must go through the Dungeon of Dreadful Dreams, and it is a difficult thing to do. They see illusions that could easily sidetrack and scare them, and they must go on. For Evan it is an even more difficult journey because he is not allowed to change into his dragon form, his totem. Along the way they pick up a couple other characters, both who end up surprising me, and one who ended up abandoning the group. I suspected the wrong character, in that particular case. However, like Amadaeya did in book two, this character also redeems himself later, and just might be the reason Dunkle is revived.

Along the way, Evan and Claire learn that Dunkle has had a sibling pair of apprentices before, and one of those is someone near and dear to their hearts. Throughout the journey they continue to get tidbits about this person’s time in Sagaas, and come to realize Dunkle is keeping some major information from them – vital information, it turns out. Again in this book there are many instances of seduction, and in one event Evan actually hurts Claire. Yikes!

At one point, I thought they were all gonners. I did not see a viable solution to their predicament. Alamaz, of course, takes that opportunity to pull the psychological “Now that I have you down, I will take up all this time telling you my evil plan” – sort of. Then, he forces Evan’s hand, and Evan changes into his totem. It’s all downhill for the Band of Unlikely Heroes from there.

I LOVED this book. It pits Evan and Claire against Dunkle in the most hurtful way, and they perservere and refuse to believe anything but the best about him. To go in hand with that, when all seems lost for poor Dunkle, the pair shows genuine emotion and love for this small creature who can sometimes smell like rotten eggs.

For a time, this book dragged in the middle. I think Bolton was setting up her footwork for the ending and the next book, but again this book seemed a slight wild goose chase, but not quite like the last book (in which the Trickster actually reveals that indeed it was).

Despite that, I cannot wait to get the fourth book. I know it will be packed with even more adventure and the mysterious someone I cannot reveal to you that Evan and Claire know, well, I think that person will show up in the fourth book and I am looking forward to it in more ways that I can reveal.
Read more
One person found this helpful
Helpful
Comment Report abuse
See all reviews from the United States