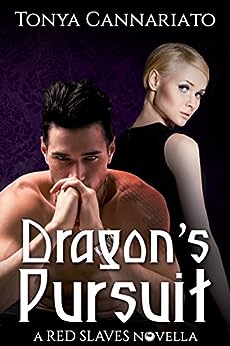 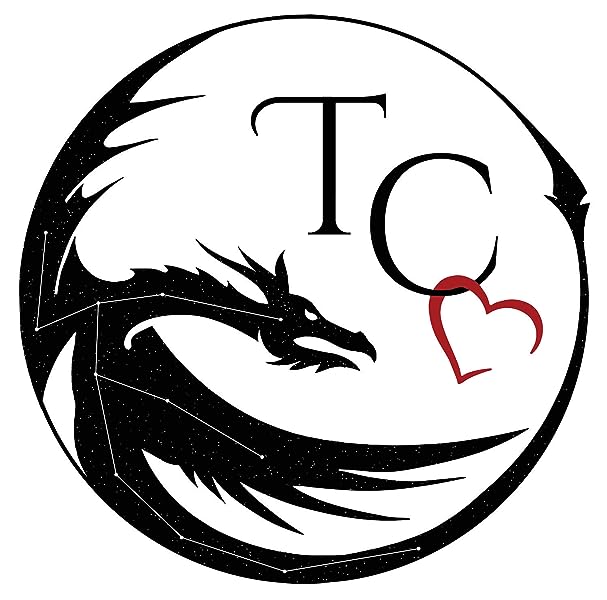 by Tonya Cannariato (Author) Format: Kindle Edition
See all formats and editions
Sorry, there was a problem loading this page. Try again.
Maxim Krempenski wants to get through his thesis defense to earn his political science PhD. He must, in order to help his dragon shifter family survive the new Russia. The Elder Gods have other plans and force him to take a break at The Hotel Paranormal, where he learns fellow student Yuliya Orlov may be even more trouble than he imagined.

Yuliya takes her career advancement in the KGB seriously, so she's happy to follow orders to track and eventually detain Max on her superiors' orders. Then she discovers the ideological rot at the core of her assignment.

Can they set aside their differences to ensure the dragons have a prosperous future?

The Hotel Paranormal is the place for supernatural beings looking to get away from it all. Beings like werewolves, vampires, elves, sprites, djinn and more check in from all over the world for business and for pleasure — and sometimes for both.

A voracious reader since she was a toddler, and an ordained spiritualist, Tonya Cannariato has now presided over the marriage of her love of reading and her love of writing. She's lived a nomadic life, following first her parents in their Foreign Service career through Africa, Europe, and Asia, and then her own nose criss-crossing America as she's gotten old enough to make those choices for herself. She's currently based in the Washington, DC suburbs with her four loves: her husband and three Siberian Huskies. She suspects her Huskies of mystical alchemy with their joyous liberation of her muse and other magical beings for her inspiration. She loves to sleep, to watch her interesting dreams, some of which are now finding new life in written form.

Lindenhof
5.0 out of 5 stars From Russia, With Love
Reviewed in the United States 🇺🇸 on January 8, 2017
Verified Purchase
The first thing that jumps out about this story is the author's grasp of all things Russian and Moscow--the streets, the buildings, the Metro, the attitudes of and interactions among Russians themselves. Against this backdrop is the buildup of tension as Max tries to complete the final hurdle to his PhD degree while being tracked by Yuliya, a beautiful KGB agent who is taking the class he is teaching. Then unexpectedly, the realm of magic and supernatural inserts itself in the form of the Hotel to redirect their initial goals, lead them to discover their true relationship to each other, and ultimately forge a peaceable reconciliation between humans and dragons. Lots of action in between in the bowels of Moscow's underground subway and tunnel system, hair-raising forays into corrupt Russian government ministries, tense encounters with the ghillen Shr Zen in the mythical realm of Himmepan, and finally a climatic battle between Yulia's crazed father and all the participating Russian dragons over who will in the end control the Orlov diamond. An epic story with sympathetic, believable characters--highly recommend this fast read.
Read more
Helpful
Report abuse

E. Walsh
4.0 out of 5 stars Freaking Fantastical!!
Reviewed in the United States 🇺🇸 on July 9, 2018
Dragon's Pursuit: A Red Slaves Novella (The Hotel Paranormal Series) by Tonya Cannariato was a fast pace, action packed read that had me flipping pages.

This was a super fun read from the Red Slaves universe, as well as a instalment in the Hotel Paranormal series. I haven't read any books in that series, but I have read all of the Red Slaves books. I did some research and found out that the Hotel Paranormal series is a big collections of stories about this hotel, by different authors. So in saying that, you don't need to read the other books to get this one, as well as, you don't need to read the other Red Salves Books, or if you haven't, you can pick this one up as it does take place outside of that realm. In saying that, I would suggest reading the other books in the Red Slaves series, as they will give you much needed background on the dragon world. And they are freaking outstanding.

One to this story, as I said it was fast, and I don't know if this story was written in a hurry because the transitions were not as smooth as they are in the other books. It was a bit jumpy and made the flow choppy. Other then that, I did very much enjoy this read. There was a big of this forbidden romance thing going on, the bad guy(girl) going good. I liked that, and it has all the good feels. I like seeing when a characters have a change of heart, especially if it is a rick to their lives, or if they have to leave everything behind. In the case of our female MC, I believe she is truly a good person and didn't hesitate to help Max.

Overall this was a perfect addition to the Red Slaves series, I always love another inside look into a world were the main story has ended. So please take my high recommendation that you will love this unique fast read that will bring to a place unlike you have every seen. The Hotel Paranormal series is an freaking fantastical idea. I love the setting and the way it throw our MC's together. I loved the staff, and I'm defiantly going to check out other book in that series.

Moriah Venable
4.0 out of 5 stars Amazing!
Reviewed in the United States 🇺🇸 on July 9, 2018
Dragon’s Pursuit is a novella of the Red Slaves series by Tonya Cannariato. This is my fourth novel by this author.

Maxim Krempenski is a typical student at college trying to get his degree in political science. He is a Teacher Assistant and is getting his degree in order to his people that are dragons.

“His advisor, Stanislav Primakov, was forever encouraging him to have more of a social life. Somehow, Primakov thought interacting with his fellow students would put more context around Max’s research. Primakov had no way of knowing his star student was a dragon, attending university for the sole reason of researching whether there might be a reliable way to maintain legal status and protection for a hidden species in the face of ongoing efforts by the once and newly re-inaugurated KGB to enslave them.”

He meets a fellow student that is part of his group by the name of Yuliya Orlov. But there is more than meets the eye with Yuliya whose father believes that Max is a terrorist and wants him apprehended at all costs. When she fails to do, her father begins ranting about dragons. Of course she doesn’t believe him and helps Max escape instead.

What happens when she finds out the truth about Max and his family! Will she be able to save him from her father?

I thought that was a really interesting read. I enjoyed Max’s voice and narrative. While I was alittle confused on some parts of the book, I was engaged enough to keep going and find out what was going on.

I liked Max and Yuliya as characters. I enjoyed like that the novel was set in Russia because I don’t see that as a setting for many books.

For fans of paranormal, I recommend reading this along with the rest of the series.
Read more
Helpful
Report abuse
See all reviews

Angela Hayes
4.0 out of 5 stars with a fast pace that made it really easy to read
Reviewed in Australia 🇦🇺 on July 8, 2018
Verified Purchase
4 Stars

Dragon’s Pursuit is a novella in the Red Slaves Series by Tonya Cannariato. It has dragons, romance, battle scenes, action, adventure, some politics, different realms, a corrupt regime, paranormal beings/creatures, and more- all set in futuristic Russia.
This is Maxim Krempenski’s story- he is a political science student and dragon shifter. He’s working on his thesis and not too far away from earning his PhD- which he hopes to use as another means for his shifter family to survive. But his plans get waylaid, as he ends up at the Hotel Paranormal- which is where this story gets really interesting. Add a sexy undercover KGB agent into the mix and the sparks fly. Will Yuliya follow her orders and ultimately betray Max, or will her heart overrule her head?
This is a very short story, with a fast pace that made it really easy to read. Even though you could read this as a standalone, I recommend reading the other books in the series first, as you will have much more information to draw on- which will only improve your enjoyment of this story!
I hope there are more books/novellas yet to come.