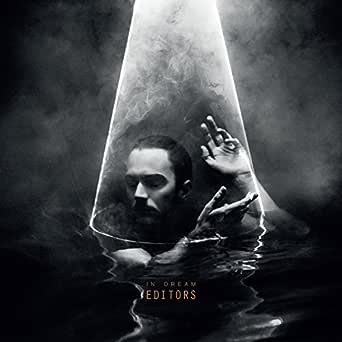 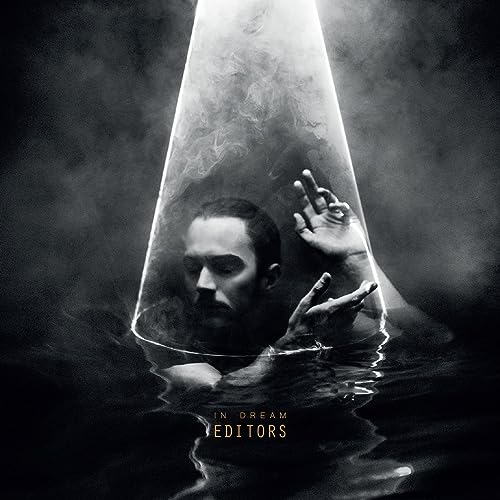 Editors
4.5 out of 5 stars 160 ratings
See all 3 formats and editions Hide other formats and editions
Buy the CD album for $16.98 and get the MP3 version for FREE.&nbspCD album ships from and sold by Amazon.com. Terms and Conditions. Does not apply to gift orders. Complete your purchase of the CD album to save the MP3 version to your Music Library.

Listen Now
Buy MP3 Album $16.49
Your Amazon Music account is currently associated with a different marketplace. To enjoy Prime Music, go to Your Music Library and transfer your account to Amazon.com (US).

4.5 out of 5 stars
4.5 out of 5
160 global ratings
How are ratings calculated?
To calculate the overall star rating and percentage breakdown by star, we don’t use a simple average. Instead, our system considers things like how recent a review is and if the reviewer bought the item on Amazon. It also analyzes reviews to verify trustworthiness.
Top reviews

Stubb
5.0 out of 5 stars They've got me back!
Reviewed in the United States on May 5, 2017
Verified Purchase
I left the Editors back after An End Has a Start but they have remained in my rotation over the years. I was introducing them to my daughter one day and I came across this latest release and was floored by how good it was. Definitely moody and one of those albums that you come back to and grow to like more and more. I am literally on a three-month jag of listening to them on long commutes or flights. I recommend the deluxe version which has some interesting arrangements of songs on the first CD and one track, Oh My World, is a beautiful song alone worth the additional price. The whole deluxe version wanders pleasantly in style. Editors have a knack for evoking some beautiful emotional responses and even taking cliché musical and lyrical hooks and turning them into something special. Overall the album maintains a unifying lyrical theme that makes the whole such a greater sum of the parts. Finishing it at one sitting is like emerging from a dream world and blinking at the bright light of reality, wishing you were back In Dream.
Read more
Helpful
Comment Report abuse

R.T.Wentz
4.0 out of 5 stars Great Evolution..
Reviewed in the United States on October 28, 2015
Verified Purchase
Some here said that " Depeche Mode does it better".... This album doesn't sound Depeche Mode ... It's good evolution ..After listening to it a few times my opinion is that it's a good album . It's where the last one left off but still a diverse sound from their other albums . I like how The Editors aren't afraid to try other things .
It's still a good mix of guitar and electronic . Seems a little more mellow than the rest . The lyrics are catchy yet deep . If any complaints I would wish they fit the whole album onto one CD . Only because when I burned it onto my mp3 I have to switch it to another album to hear the whole album.. But that isn't a fault of the music . It's a really good album. I'm already recommending it .

Randy
4.0 out of 5 stars Ummm, wow, this one won me over after an alergic initial reaction!
Reviewed in the United States on December 9, 2015
Verified Purchase
I like my music a lot, but I am not a fanboy that automatically raves about every new release. This is a genuine and informed opinion. I found the Editors when Back Room (great album) was released. I was a big fan for several years. AEHAS was a good album, then things started to slip a bit, and I never even bought Weight. I was probably not gonna buy this album, then I saw the band was coming back to Los Angeles after a long absence. So, I figured I should at least familiarize myself with the In Dream and Weight, so I bought both.

Honestly, Weight is a miss in my book... a few songs that are Editors-like and tolerable at a show, but most of the stuff just doesn't cut it.

Then I listened to In Dream. My first reaction was to skip around and hope the next song sounded "better." Then I cussed, then I skipped around some more. I was asking myself why I had bothered... Then I watched clips of some of their recent live shows and kind of liked the way they mixed the new and old... somehow it worked, and live things just have more soul and intensity. I was kind of intrigued. So back I went to In Dream. And wow, something just clicked. I "got it." Then I went back and listened to the whole album in sequence. I was surprisingly impressed. No, it is not your "old" Editors... but it is the Editors. These songs are VERY well done. The sequencing is well done. The album is cohesive. You will hear some Depeche Mode, Bonski Beat, some 80's... heck I even hear some Antlers in here. But it doesn't get cheesy, it has an earnestnest.

I am really looking forward to the show in LA in March. I figured I'd just go for the older songs, but I really want to hear the new ones now. This album has some swagger. And... I owe my introductions to both Biffy Clyro and the Antlers to this band... as they have had both open for them in the past. So maybe they will find another diamond in the rough to open for them.

I do not just praise all new releases from bands I like. The following latest releases did not "grow" on me, and I rarely revisit them, even though I absolutely love bands: Strangers to Ourselves (Modest Mouse), Reflektor (Arcade Fire), Waterfall (My Morning Jacket), anything Coldplay has done in the past five years, Elpintor (Interpol)... to name a few... these all lack the usual craft and magic. In Dream is deep and worth the effort. Don't give up on it. And play it LOUD.
Read more
One person found this helpful
Helpful
Comment Report abuse

semajb29
5.0 out of 5 stars The Editors explore a subset of their music and succeed.
Reviewed in the United States on July 3, 2016
Verified Purchase
This is one of those albums that I listened to clips of, got really excited about, debated whether to download the deluxe version, decided to go for it, downloaded, listened to it and then asked myself if I'd made a horrible mistake. Several listens later and I definitely DID NOT MAKE A MISTAKE!
I simply cannot get the songs from this album out of my head. It's like each song takes turns ear worming it's way into my subconscious and I go to sleep and wake up with little blips of the songs going through my head.
My favorite tracks seem to change from day to day. Right now, "At All Cost" and the alternative version of "Our Love" are right at the top. With intriguing lyrics like "Ooh, streetlights illuminate feeling
Ooh, red sky, just don't stop believing
Ooh, streetlights illuminate feeling
Ooh, red skies, just don't stop believing" I find myself wondering if the lyrics are references to The Fixx and Journey songs. Maybe I'll never know but it's still intriguing to me.
Sure, this doesn't sound like some of the Editors previous albums but why should it? It sound like Editors exploring a subset of their music and doing it with great success.
Also, I didn't read every review of this album, but in those that I did read, there were a few references to Depeche Mode. I must say that Depeche Mode has never come to my mind while listening to this album and for the record, I don't think this sounds anything like them.
Read more
Helpful
Comment Report abuse

jcmacc
4.0 out of 5 stars Chilled out Editors
Reviewed in the United Kingdom on February 3, 2018
Verified Purchase
A collection of more downbeat and sombre songs from Editors - very late night, chill out stuff. The emphasis is on electronica more than guitar, with rich vocals and the songs build slowly and deliberately. It's a bold move and successful in its own terms, but won't satisfy people looking for another Munich or previous Editor's single. A grower, one to listen to relaxed with the lights low.
Read more
Report abuse

Gemma Parker
4.0 out of 5 stars A grower...
Reviewed in the United Kingdom on March 19, 2016
Verified Purchase
I purchased this for my partner to add to his collection of Editor's albums. Having instantly adored the last one I was slightly disappointed when I first heard this not loving it nearly as much. However after a few plays I felt myself warming to it and I actually quite enjoy listening to it now! Worth a listen.
Read more
3 people found this helpful
Report abuse

Cronan Hehir
5.0 out of 5 stars In dream.
Reviewed in the United Kingdom on November 5, 2015
Verified Purchase
The editors are a fantastic band. There music is refreshing, original and really great listening. The editors last album was there best to date in my opinion. This one had a lot to live up to. Honestly not as good. But still a good album. Takes a lot of listening to warm to. 6.5 out of 10 in my opinion.
Read more
Report abuse

Phil W
4.0 out of 5 stars Still keeping up with the Racing Rats!
Reviewed in the United Kingdom on November 11, 2015
Verified Purchase
Yet another departure from the earlier albums, I must admit I wasn't completely sure about the content's mellower feel but having seen Editors live at Cambridge Junction I can only say you should listen to this LOUD! I still prefer the less polished earlier albums with their guitar based anthems but this is still a great album
Read more
Report abuse

Dunc
5.0 out of 5 stars Superb!
Reviewed in the United Kingdom on November 28, 2015
Verified Purchase
Another great album from the Editors. For me Ocean of Night and Marching Orders were an instant hit, then each time I listen to the album another track becomes stronger, followed by another, then another. As someone has previously stated there is a definite 80's Depeche Mode/Bronski Beat feel about some tracks and this, mixed with the definitive Editors sound, makes this the best album of 2015.
Read more
Report abuse
See all reviews